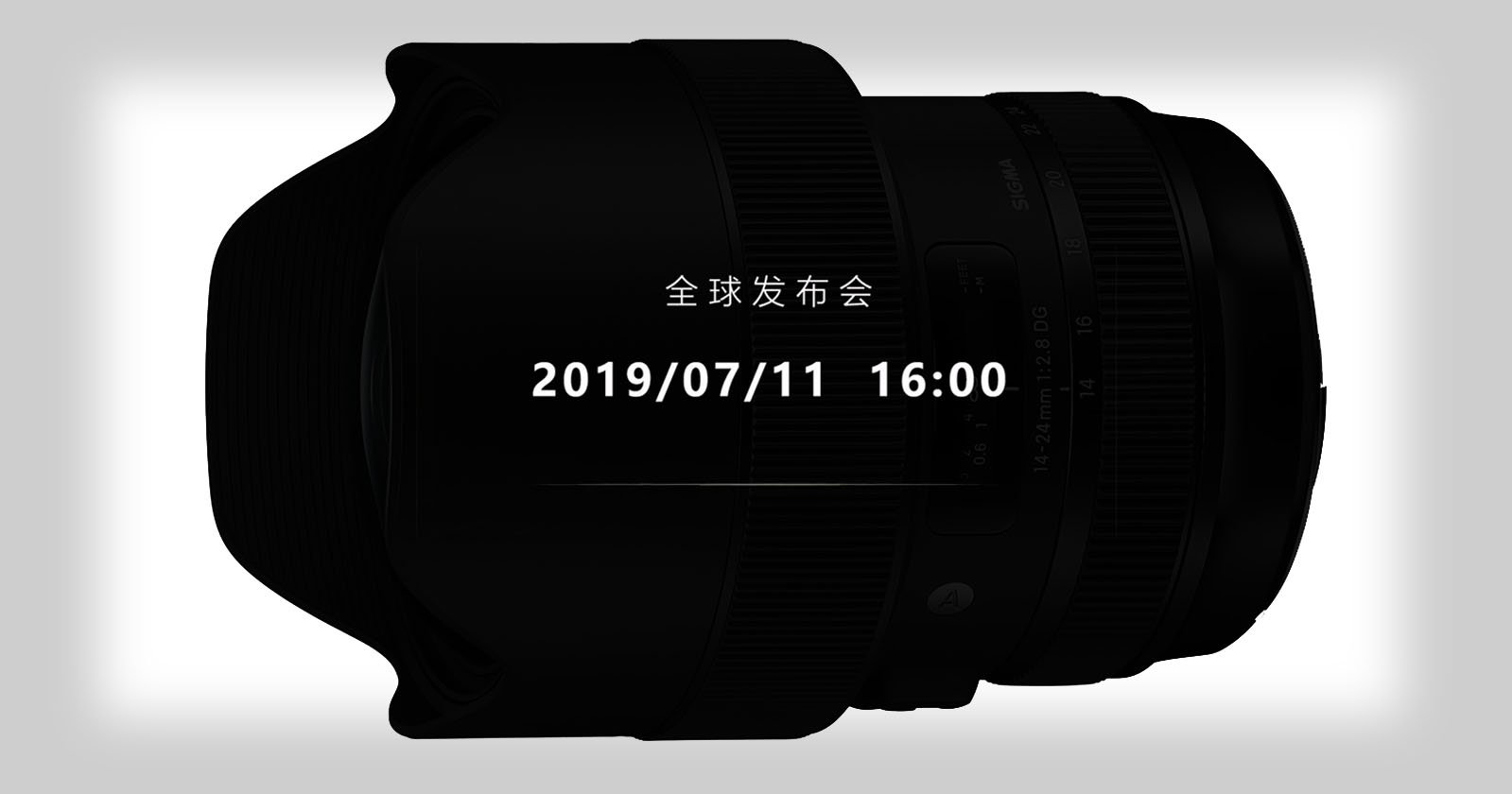 The confirmation comes in the form of the teaser image below, which provides the date and time of an upcoming announcement: July 11th, at 4pm Beijing time. That translates into 4am Eastern for us US-based folks.

According to Sony Alpha Rumors, this is when Sigma will be making at least three of the four lenses public. What’s more, SAR’s source indicates that the lenses will not be exclusive to the Sony FE-mount. L-mount versions will be released alongside the Sony mount lenses, and Sigma is planning to release these lenses for Nikon Z-mount and Canon RF-mount as well.

The rumor site is reporting that the Sony E-mount and Panasonic/Leica L-mount versions will be announced on July 11th, with Nikon Z and Canon RF-mount versions “announced later.” And no, there will not be DSLR versions of the lenses at all—they were designed exclusively for full-frame mirrorless.

Finally, SAR also received some additional information about the upcoming 35mm f/1.2 lens. As you may have expected given its extremely fast aperture, the lens will allegedly boast “premium construction,” “record low aberrations,” the best MTF performance of any full-frame f/1.2 lens, and “ultra-fast and silent AF.”

With the announcement less than a week away now, we can’t wait to find out what Sigma actually makes public on July 11th. If the rumors hold up, three of the four lenses will be available for pre-order on announcement day, with the 24-70mm f/2.8 expected later this year.