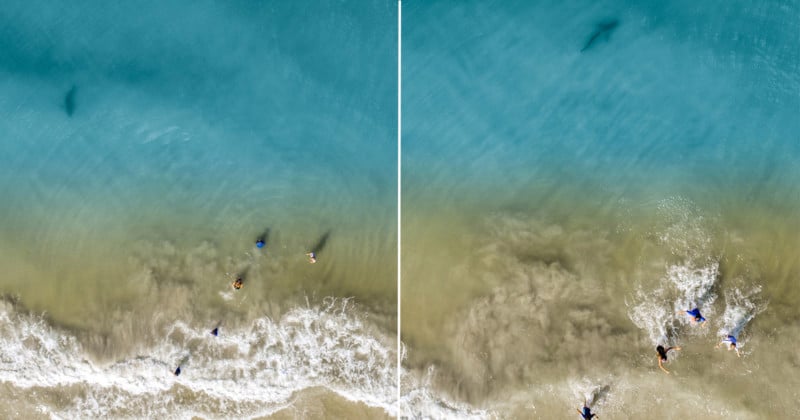 During a family outing to the beach last week, photographer Dan Watson decided to take his drone up for a little aerial photography practice—and it’s a good thing he did. While framing up a photo of his family splashing around near the shore, he spotted a large shadow swimming right towards them.

It only took him a split second to realize that the shadow was a shark, and start yelling for his family to get out of the water. All the while, his DJI Mavic 2 Pro was capturing photos of the incident as it happen.

The first photo shows what Watson saw when he first got his drone up and over his family: 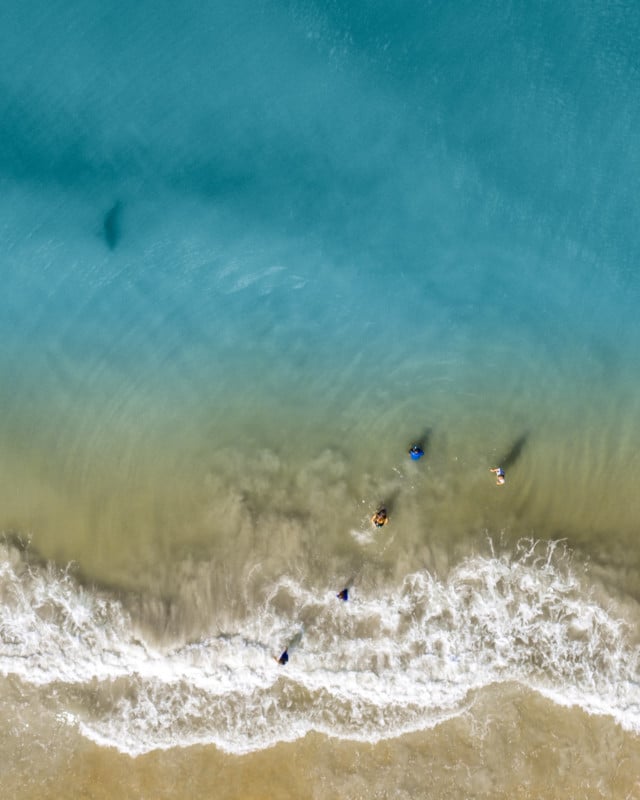 The second shows his wife Sally and the kids running for the shore: Once they got home, Watson shared the incident on his Instagram, writing, “See that dark shadow making its way straight for the shore and those people? That was my view this weekend while flying my Mavic 2 Pro… and oh, 3 of those people are my kids!”

“Definitely too close of an encounter for my liking!” continued Watson. “Thinking my DJI drone is now coming with me to every beach day!!!”

Credits: Photographs by Dan Watson of Learning Cameras and used with permission.