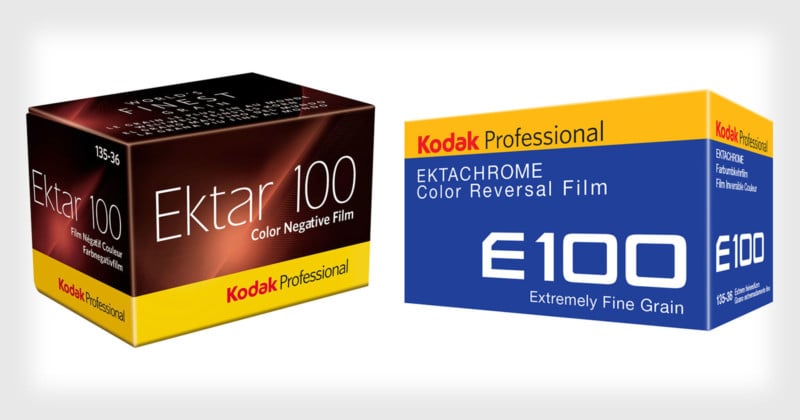 Big news in the world of film photography: the Kodak film business is reportedly up for sale. Kodak Alaris is said to be looking to sell part or all of its business, and its film business, in particular, could be sold to another company within the next month or two.

When Kodak filed for bankruptcy in 2012, it owed $2.8 billion to the UK Kodak Pension Plan (KPP). To settle this, KPP paid $325 million for Kodak’s imaging and document imaging businesses, which included Kodak film, paper, and photochemicals. Kodak Alaris now shares rights to the Kodak brand name with the Eastman Kodak Company (which actually manufactures the film and paper sold by Kodak Alaris).

So when it was announced in 2017 that Kodak Ektachrome film would be coming back from the grave, it was Kodak Alaris behind the effort. Kodak Alaris successfully brought Ektachrome back last year and is now working to release Ektachrome in 120 and sheet formats.

But Kodak Ektachrome and all other Kodak films may soon be owned and produced by a new company.

Inside Imaging has published an exclusive report about how Kodak Alaris is now shopping itself around and may be announcing the sale of its PPF (Paper, Photochemicals and Film) unit as soon as March 2019.

“[K]ey customers around the world have been privately briefed on the plans to ‘explore sales of some or all of [Kodak Alaris’] assets’ and that ‘PPF in particular [Kodak Alaris] disclosed as at an advanced stage of negotiations with a potential buyers’,” Inside Imaging writes after speaking to Kodak Alaris CEO Marc Jourlait.

KPP is reportedly facing a deficit of around $2.7 billion from the debt inherited as part of the original deal with Kodak in 2012. And although Kodak Alaris has been a “profitable, cash generating business” that’s helping with KPP’s numbers, Jourlait believes KPP will eventually need to move into the UK government’s Pension Protection Fund.

Thus, Kodak Alaris is now putting itself up for sale and in the process of looking for a suitable offer. If it’s unable to find a buyer willing to pay a fair price, Kodak Alaris (and therefore Kodak films) will fall into the hands of the Pension Protection Fund.

Jourlait tells Inside Imaging that Kodak’s film business has been up for sale since January 2018, and that there has already been interest from multiple potential buyers. Negotiations with one specific buyer are already in “advanced stages.”

(via Inside Imaging via The Phoblographer)

How to Shoot an All-White Background with a Single Light