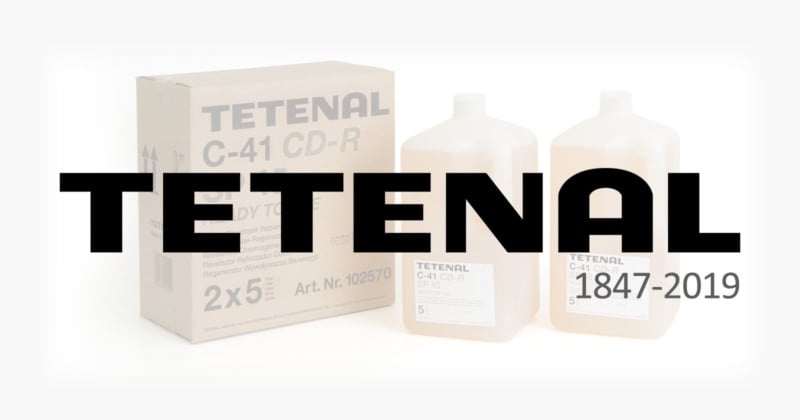 In late 2018, it emerged that Tetenal, one of the largest photo chemistry companies in the world, was in serious financial turmoil. It now appears that efforts to save the business have failed, and Tetenal will reportedly be closing up for good after a whopping 172 years in the analog photography industry.

The German photo industry publication foto-contact.de reports that Tetenal employees in Norderstedt, Germany, have been informed that Tetenal is set to be wound up and closed on April 1st, 2019.

The company had reportedly been searching for investors to keep it afloat after seeking insolvency protection in October 2018, and while there had been parties that expressed interest, Tetenal failed to secure any binding commitments. Without a lifeline, the business is now forced to cease operations.

Tetenal’s business was established by Berlin-based entrepreneur Theodor Teichgräber back in 1847 when he began selling photographic chemicals for wet plate collodion photography through his drug wholesale store. The Tetenal trademark was registered 63 years later in 1910.

The demise of Tetenal may have a huge ripple effect on the film photography industry, as the business produced chemicals for major brands such as Ilford and Kodak. It remains to be seen just how much damage the closure has on the industry, but the loss of such a long-standing name certainly can’t be good for film as it struggles to make a comeback.

WikiShootMe Shows You Local Wikipedia Spots In Need of Photos