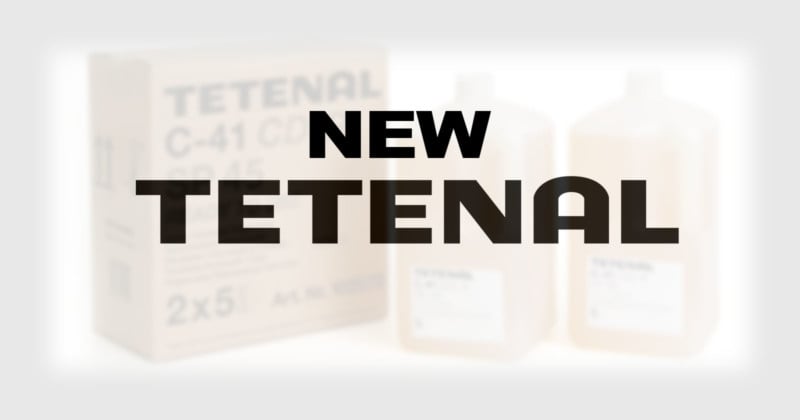 After word of Tetenal’s financial difficulties emerged in late 2018, the photochemistry giant announced in January 2019 that it would be closing shop after 172 years. But an employee-led management buyout offer has now been accepted, allowing the business to live on.

New Tetenal, the entity that was formed by a group of Tetenal employees for the buyout effort, announced late last week that their offer had been accepted by the administrator overseeing Tetenal’s insolvency proceedings, Dr. Sven-Holger Undritz.

As part of the deal, New Tetenal will take over the collection of recipes, the Tetenal brand, and the production assets.

Stefania Grimme, Carsten Gehring, and Burkhardt Mueller, the trio that spearheaded the New Tetenal effort, says they received overwhelming support from employees, photographers, and large commercial customers based around the world.

“These calls of solidarity and pledges of loyalty further motivate us as we move forward with a revitalized NEW TETENAL,” Grimme says.

New Tetenal notes that “several commercial discussions have started” and that it’s planning to start the new company’s operations on April 1st, 2019. Existing customers and other commercial partners will be able to place orders starting in early March.

And film photographers will be happy to know that there shouldn’t be any interruption in Tetenal chemistry supplies during the transition.