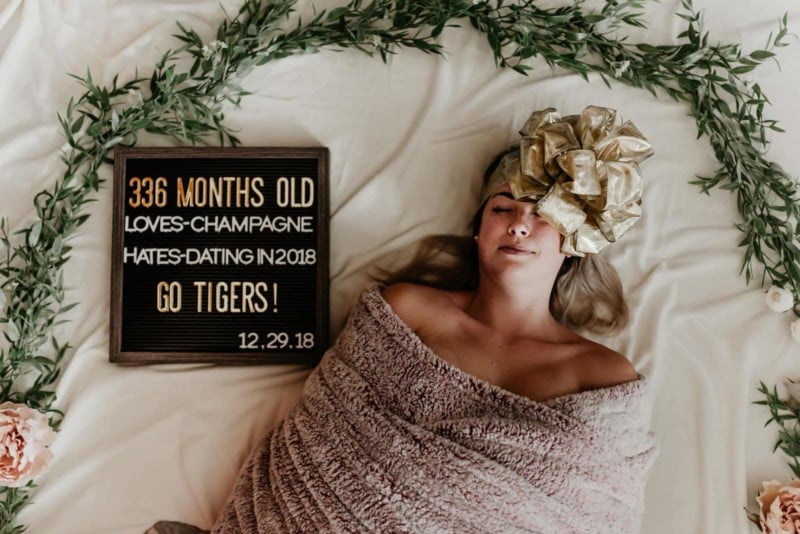 Photographer Stephanie Smith recently shot birthday portraits for her best friend, Nicole Ham. But instead of normal portraits, Ham got swaddled for her 336-month shoot and posed in the style of those infant portraits you find all over social media.

Smith, a Columbia, South Carolina-based photographer who shoots as Southern Stitched Photography, was approached by Ham with the unusual concept for her 28th birthday on December 29, 2018.

After spending about $150 on supplies and props for the shoot, the friends did the shoot at Ham’s parents’ home. Ham’s mom crafted the bow and swaddled her 336-month-old daughter. 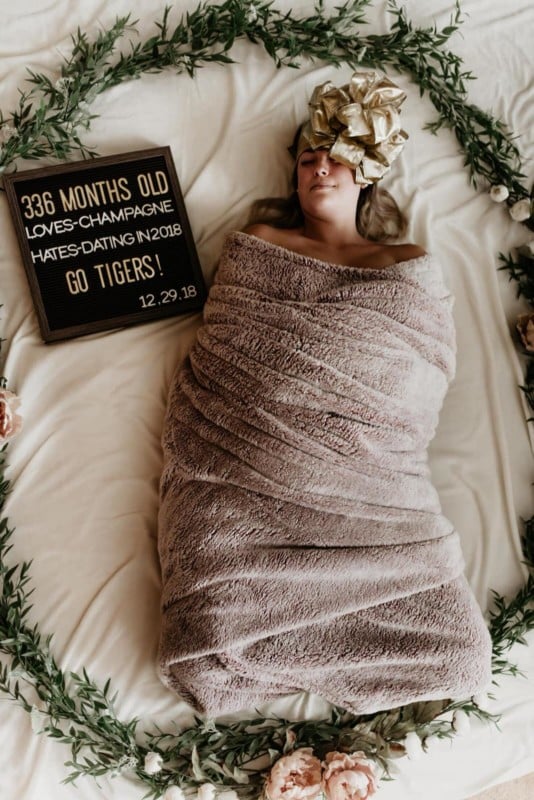 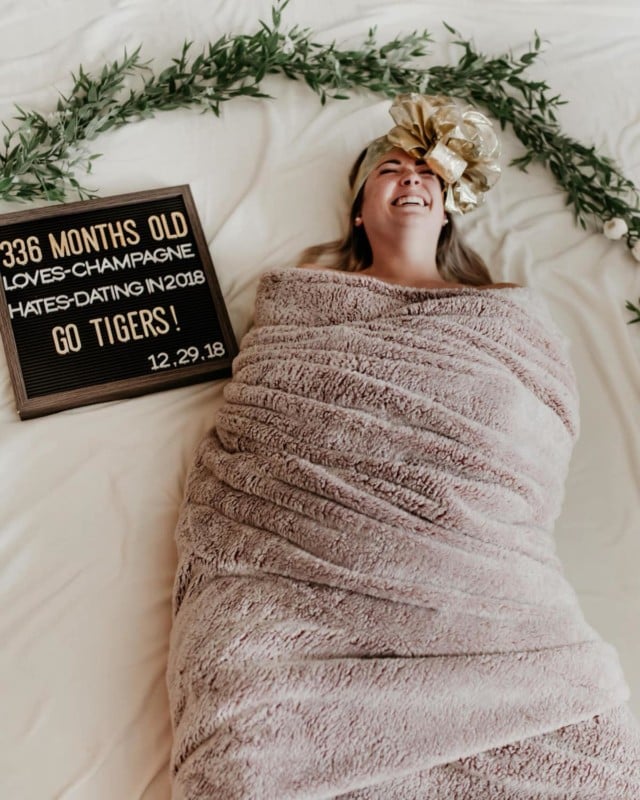 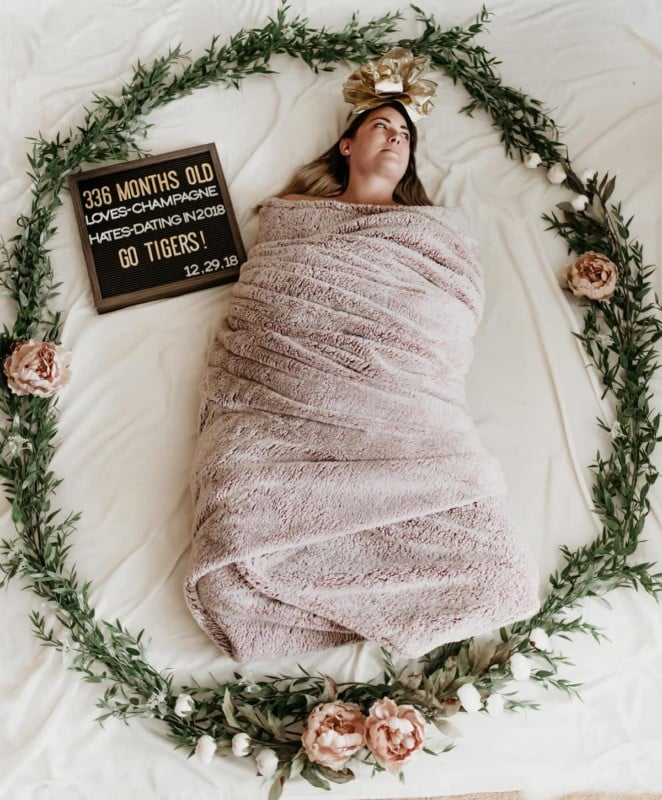 When she’s not feeding and pooping, Ham is an accountant in Nashville, Tennessee, who cheers for the Clemson Tigers college football team.

This Horror Movie is About a Serial Killer… Camera Drone

Film is Alive!… But it May Have a Terminal Illness