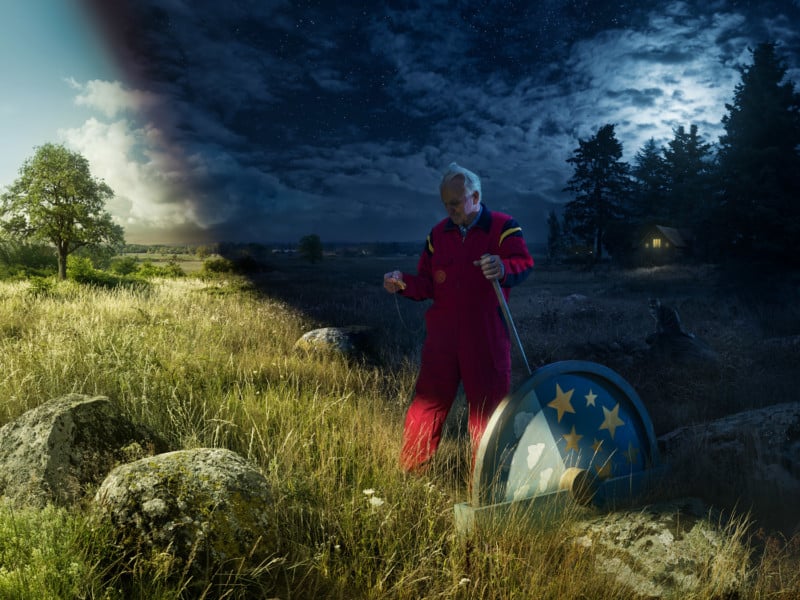 Swedish photographer and retoucher Erik Johansson has created a new conceptual photo titled “Daybreaker,” which shows the man in charge of controlling the transitions between day and night. Johansson is also sharing a behind-the-scenes look at how he put both day and night into one photo.

“The idea behind this particular image was to create a place where persona controls the day and night,” Johansson tells PetaPixel, noting that the idea is similar to his popular “Full Moon Service” conceptual photo.

“I wanted it to look as realistic as possible so I knew that the best would be to build the prop lever for real,” Johansson says. “I had a place here in Prague build it for me based on a sketch I made earlier this summer and I then transported it to Sweden and photographed it with a model out in a field in late August.”

As is common with his projects, “Daybreaker” started out as a rough idea on paper: 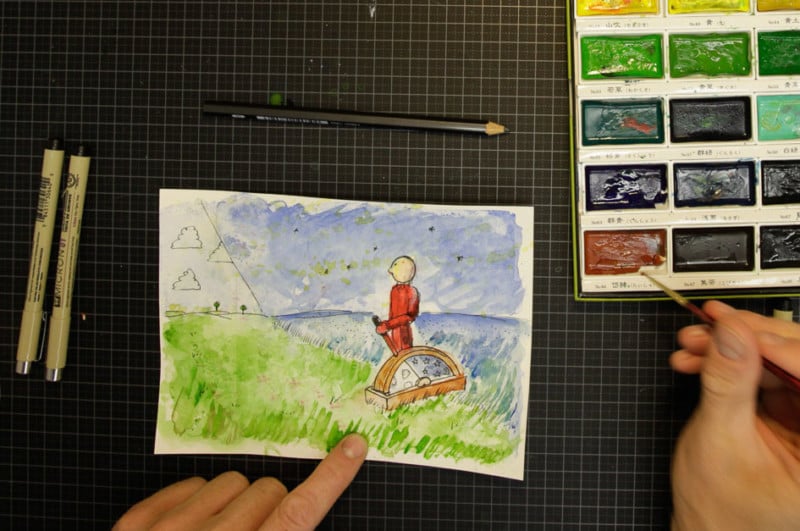 After rendering the design for the giant dial in Google’s SketchUp software and having it made into a large physical prop, Johansson hauled it to a field in Holmestad, Sweden, that he had previously scouted. 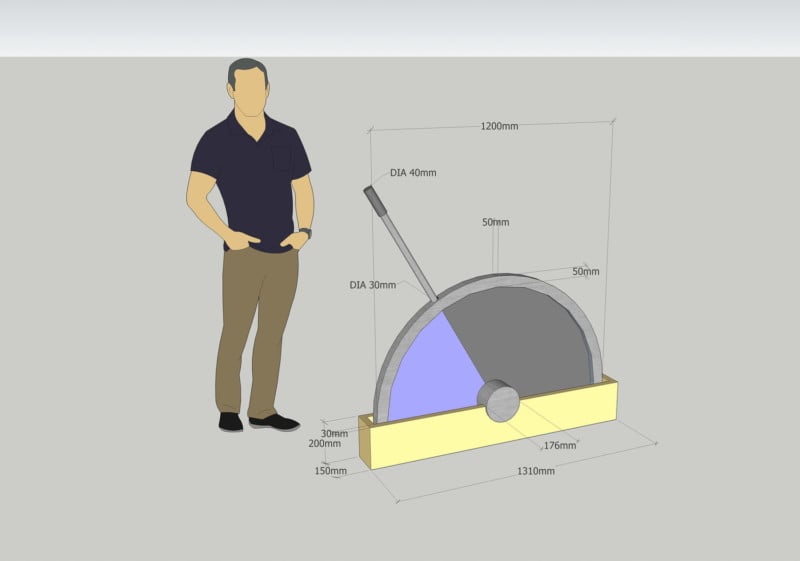 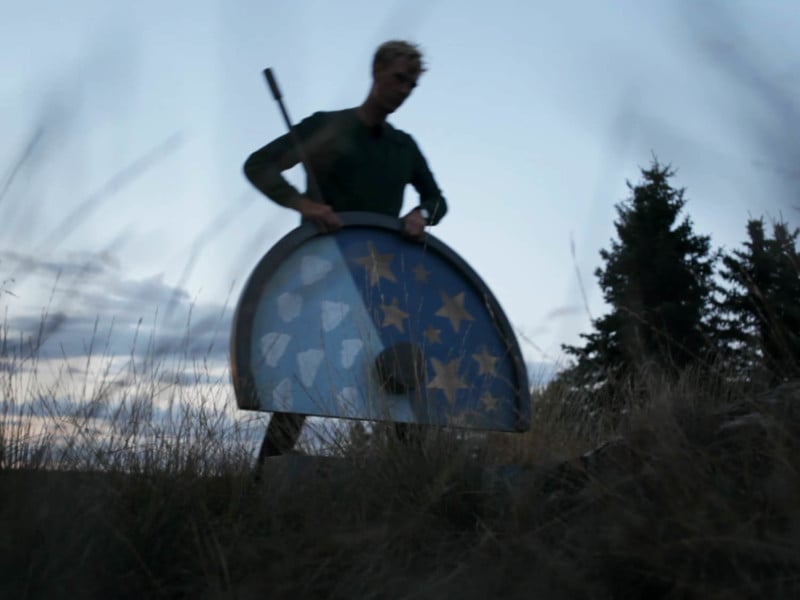 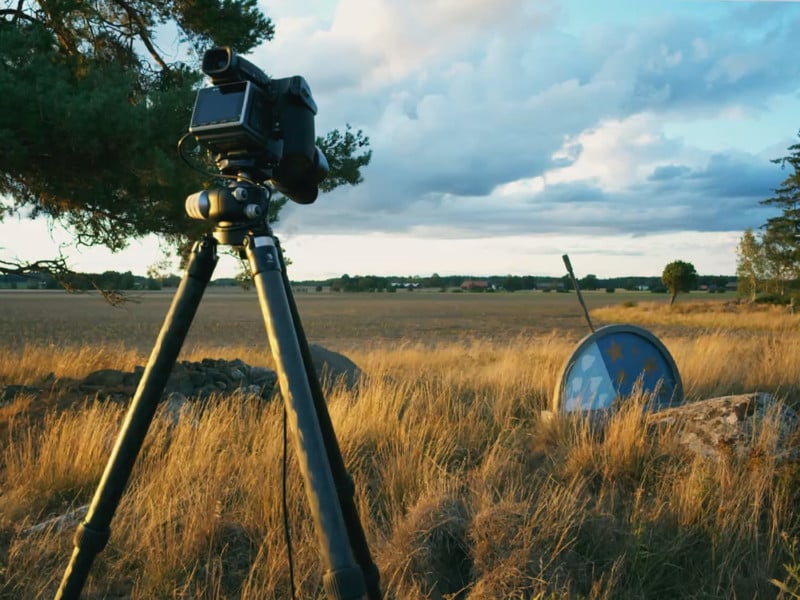 His model was photographed in both “day” and “night” at the same time. He used one flash (Profoto Pro7b 1200ws with Telezoom Reflector, ¼ CTO) as the sun with a black flag to isolate light onto the model’s legs and the lever. The other flash (Profoto B1X with a white umbrella, ½ CTB) was used to create the moonlight hitting the model with cooler light from behind. 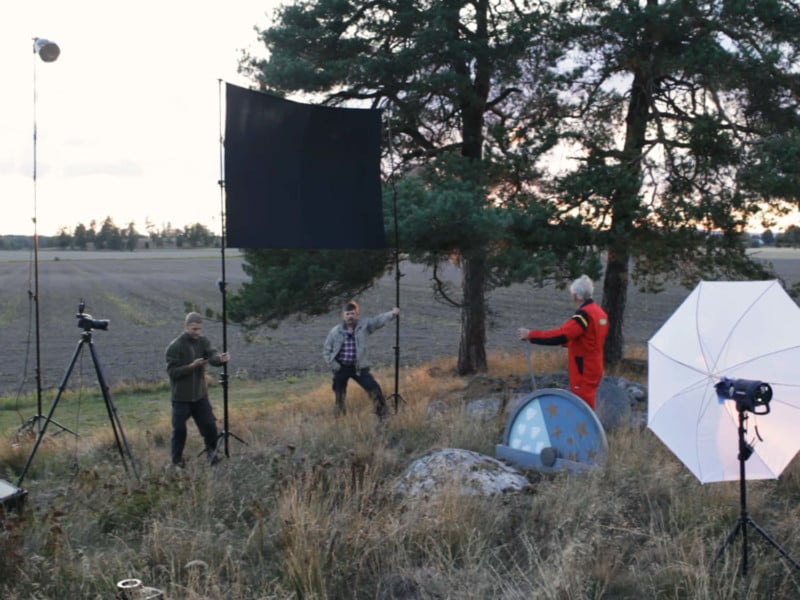 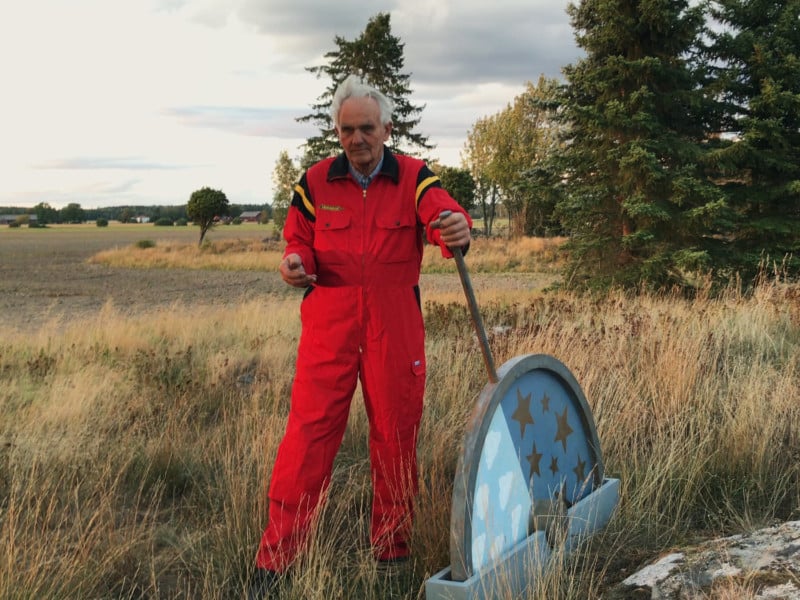 To get his finished image, Johansson composited his photo of the model with a nighttime photo of the background. 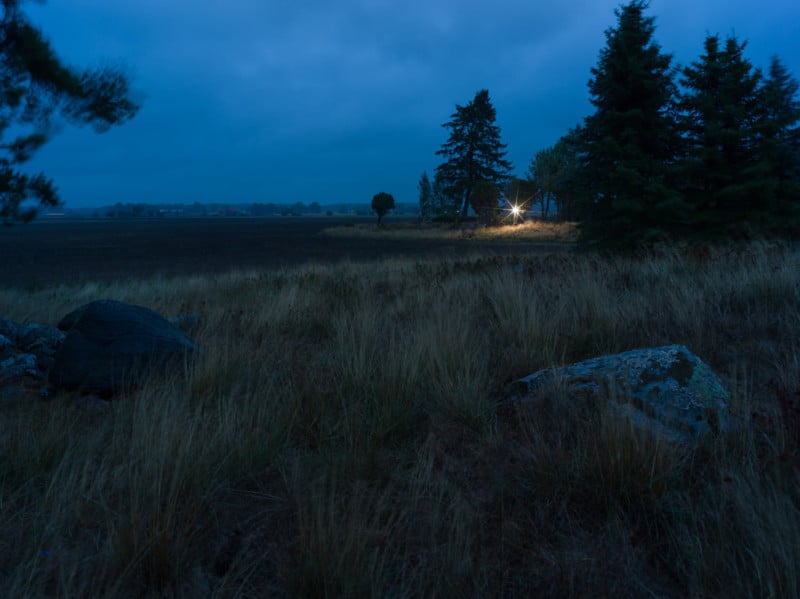 Various other parts of the scene, including the cat behind the man, were photographed separately and added in during post-production.

Here’s a 3-minute behind-the-scenes video showing how it was all done:

And here’s the final photo that resulted:

Sony: We Could Make f/1.0 Lenses, But Photographers Don’t Want That