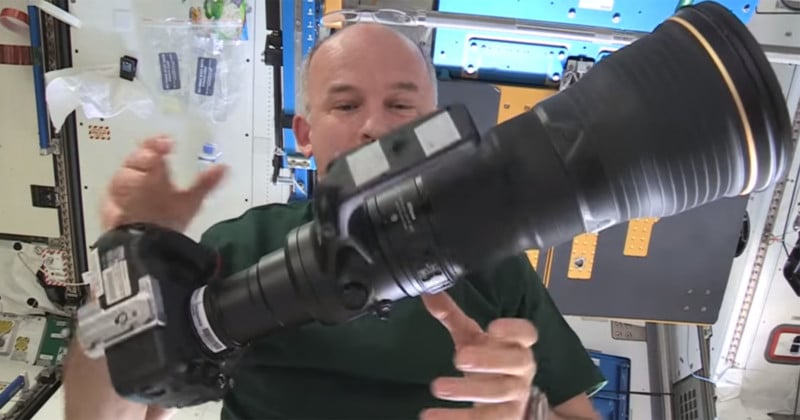 
This past weekend, German ESA astronaut Alexander Gerst Tweeted photos of himself giving Russian cosmonaut Sergey Prokopyev a haircut in the Zvezda Service Module. That service module is where the station’s Nikon gear is mounted to the walls, so Gerst’s photos provide the latest look at what camera gear the astronauts are shooting with. 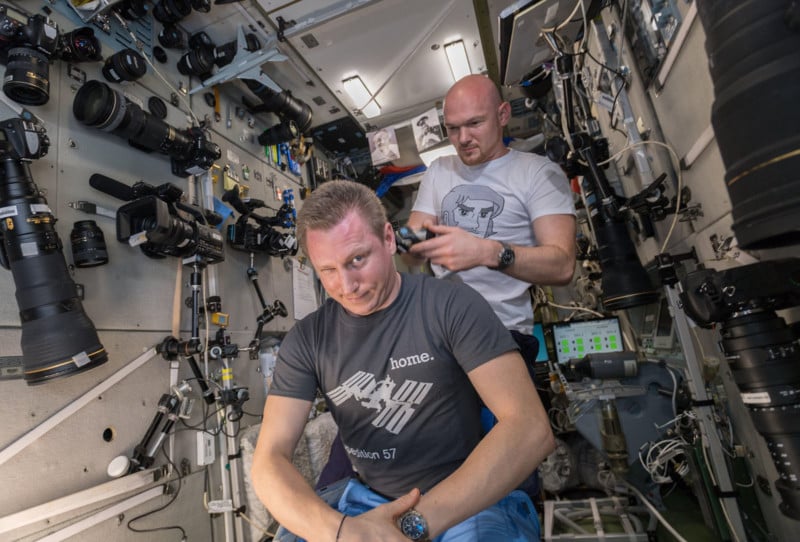