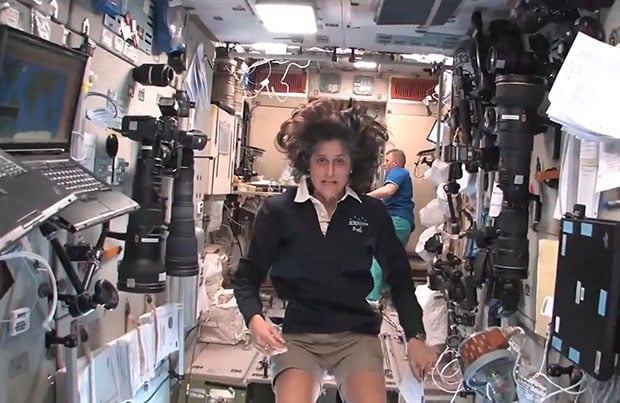 If you’re a photography enthusiast and ever have the good fortune of finding yourself floating around on the International Space Station, here are two words you should know: service module. Formally called the “Zvezda Service Module,” it’s the component of the ISS that houses all of the station’s life support systems, and is where the astronauts gather if there is any kind of emergency. But here’s the main reason you’ll want to pay the module visit: the fancy camera equipment used by the astronauts is stored on the walls!

Here’s the location of the service module on the ISS (it’s indicated by the red arrow): 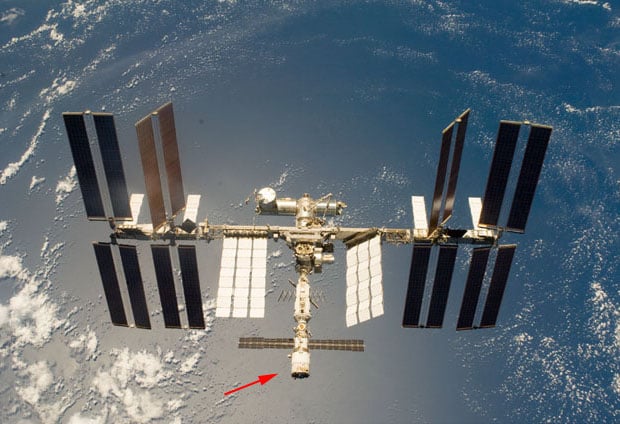 Check out this video tour of the space station commander Sunita Williams gave last year before she departed. At 17:40 into the video, we get a brief glimpse at the service module and see gear worth tens of thousands of dollars hanging on the walls:

The gear stash appears to have grown quite a bit since 2008. Here’s what the inside of the module looked like back then: 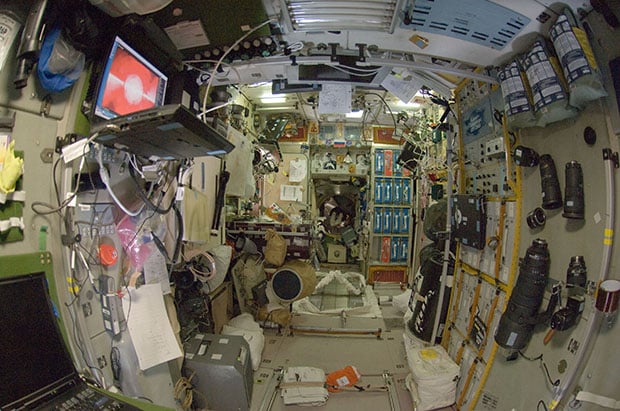 …and what the module looked like at the end of last year: You might recognize some of the gear from this photograph of astronaut Don Pettit that made the rounds in mid-2012: 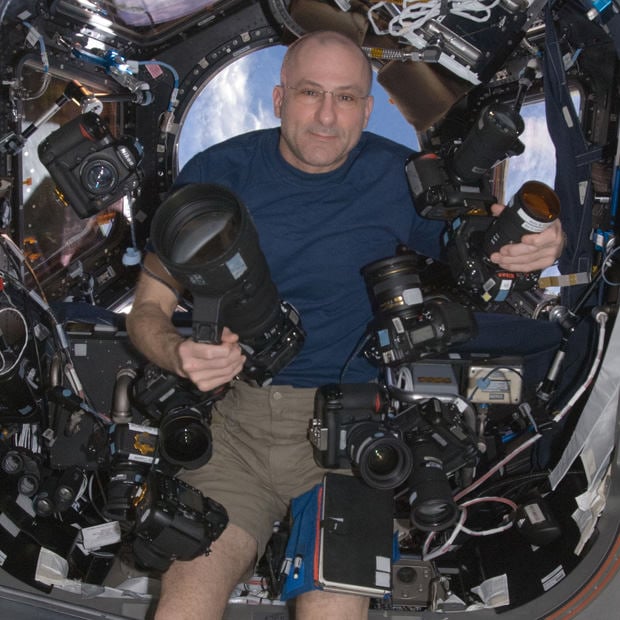 We’d say that the gear sent up into space has been put to great use so far (well, the gear that hasn’t been allowed to burn up in the atmosphere, at least). Check out these photographs that have been captured using it: 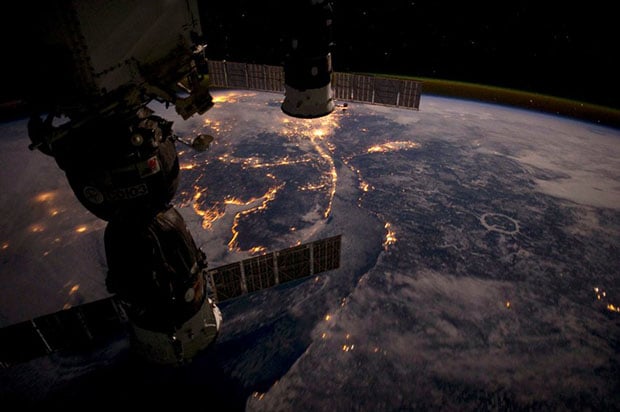 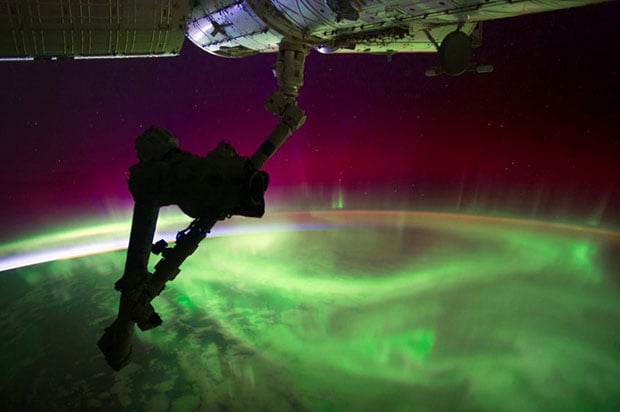 If you like seeing how DSLR camera gear is being used up in space, check out our previous posts showing astronauts using the equipment inside and outside the space station.

How to Photograph Lightning, From Start to Finish