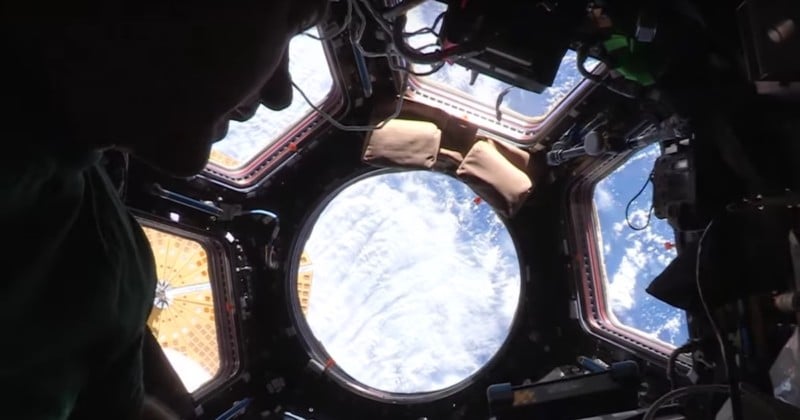 We can come to terms with the fact that that astronauts aboard the ISS get a view none of us can access and gear few of us can afford, but do they have to rub our noses in it!? We’re joking of course, but the latest vlog from aboard the ISS does have us pretty jealous.

In the video (embedded below), NASA astronaut and Army Colonel Jeff Williams shares some insights into the gear they use on the International Space Station, and then floats us over to see a place I’m betting at least a few of you have dreamed of: the cupola.

The cupola is a huge bay of windows on the ISS, a constant source of amazing photography, and the only place on the station from which the astronauts can see the whole planet from one side to the other. Check it out for yourself below:

One of our favorite moments in the video actually has nothing to do with the cupola though; it’s the moment when Colonel Williams handles a Nikon 800mm lens with nary a strained muscle. This is obvious, of course, in zero g, but that lens weighs over 10lbs by itself! Amazing.

And if that’s not enough for you, here are some of the images and video Williams has been posting using that gear recently:

No matter how long you’re here, the grandeur strikes and the wonder never fades. pic.twitter.com/LmxAU6voYb

The Ugly Side of Wildlife Photography