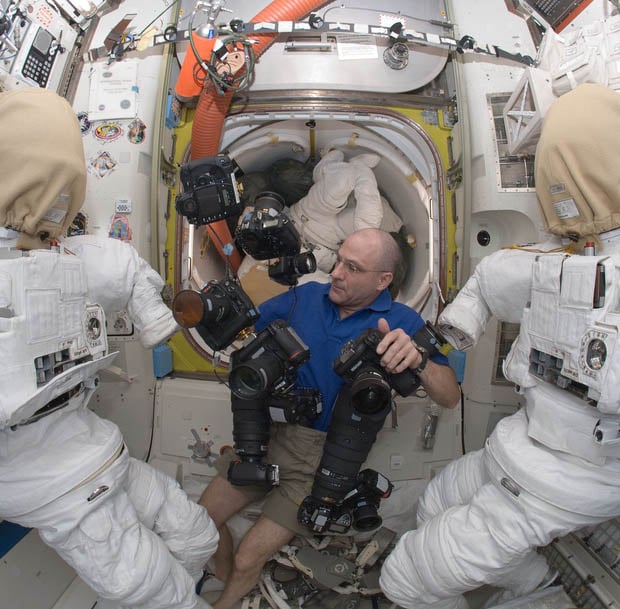 Earlier this month we shared some neat photos of astronauts using DSLRs while on spacewalks outside the International Space Station. In case you’re also wondering how the cameras are used inside the habitable satellite, we’ve carefully perused NASA’s 2Explore Flickr photo stream in search of those photos as well, and have collected them here in one place for your viewing pleasure. They’ve got some pretty nice gear up in the ISS… lucky astronauts.

Here’s one thing that’s very different: when the cameras aren’t being used, the astronauts just let go of them and allow the gear to float around in the module. 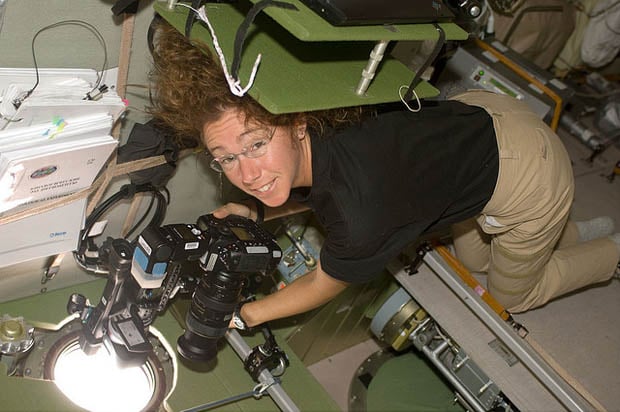 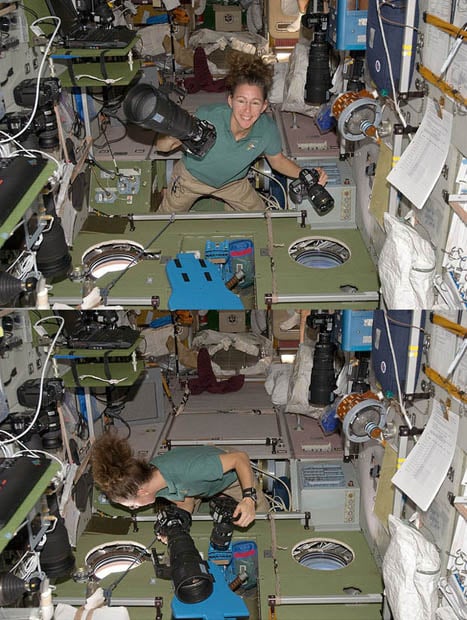 They’ve got quite a selection of lenses to choose from, from wide angle to super telephoto: 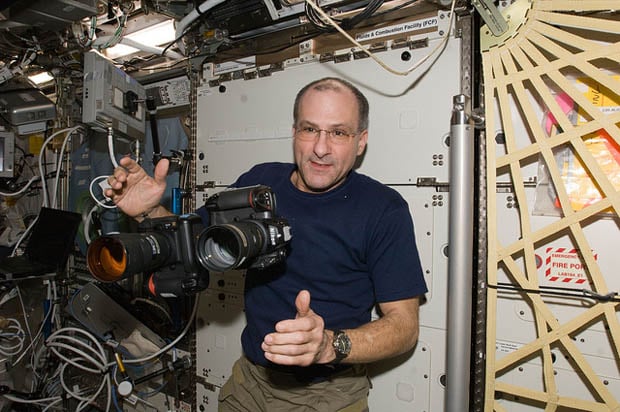 No, Russian cosmonaut Anton Shkaplerov isn’t randomly shooting a photo of a black box. The cameras are often used to document the different equipment that arrives on or leaves the space station: Shooting with cameras mounted on cameras can be tiring work. Here’s astronaut Dan Burbank taking a break and a swig of punch: 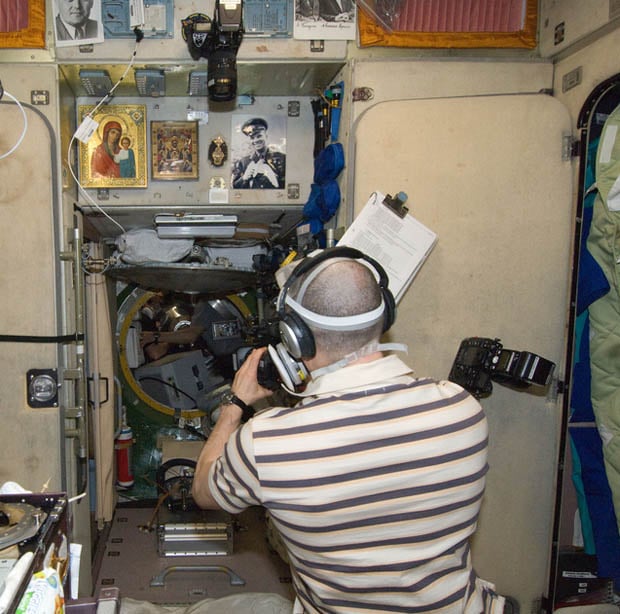 This is how we get those astronaut photos of Earth from space: 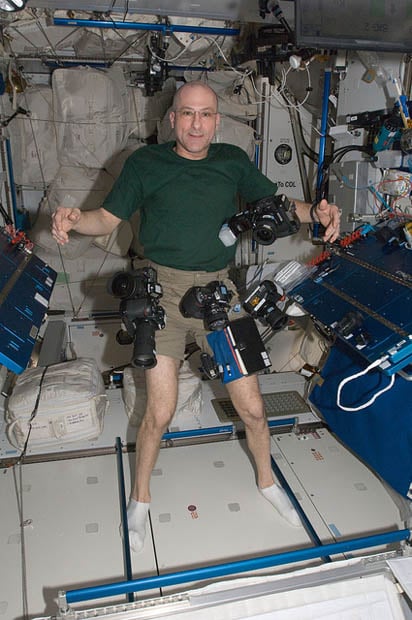 Aside from the cameras that are specially modified for infrared photography, the rest of the Nikon DSLRs and lenses were not modified for their use in space (a fact the company likes to boast about whenever a new order is placed by a space agency). Unlike the heavily padded cameras taken outside the ISS, the ones used inside work quite well as-is.

What Stock Photo Buyers Are Looking for in the Year 2012