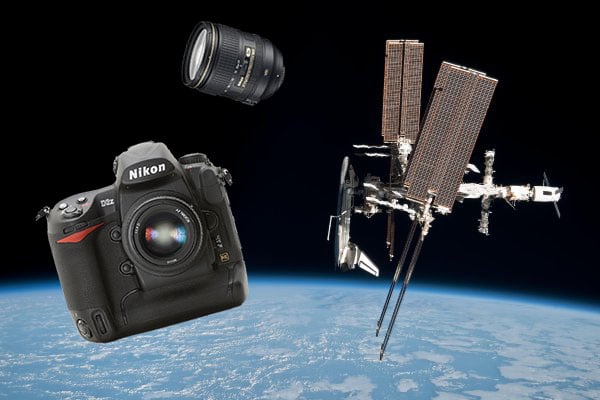 Italian astronaut Paolo Nespoli recently captured some amazing one-of-a-kind photographs of the Space Shuttle Endeavour docked with the International Space Station from about 600 feet away using a Nikon D3x and 24-120mm lens.


What’s interesting is the standard practice for returning to Earth: while the memory cards are brought down safely with the astronauts in a descent module, the camera gear is left in the orbital module, which falls into Earth’s atmosphere and burns up!

That’s standard practice for Soyuz re-entries: The astronauts take only what they need and shed the excess baggage to cut down on weight … even if that excess baggage retails for about $8,000, as was the case for the Nikon. [#]

Nespoli reportedly also brought a D2Xs up as well. Too bad they couldn’t just leave it on the Space Station and add to its Nikon stash…