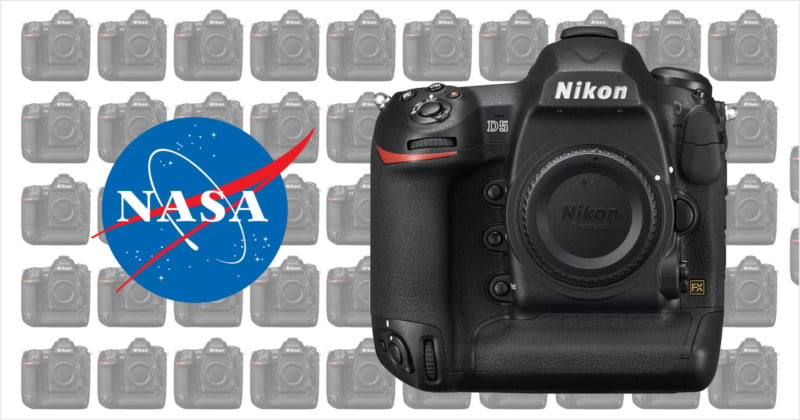 NASA just placed a hefty order for 53 unmodified Nikon D5 DSLRs. The cameras currently cost about $6,500 each, so if NASA paid full retail price for each camera, they just spent at least $344,500 on this purchase.

Nikon says that the D5 cameras will be delivered to the space agency without any special hardware modifications — they’ll be exactly like the camera found in camera stores. NASA previously purchased a batch of unmodified D3S DSLRs from Nikon in 2009.

NASA’s choice of camera “confirm[s] the incredible reliability of Nikon products, as well as their ability to withstand even the harshest of environments,” Nikon writes.

The newly purchased D5 cameras will be used for both astronaut training here on Earth as well as by astronauts on the International Space Station (both inside the station and outside in space).

Nikon and NASA have a long history going back to 1971 when a custom Nikon Photomic FTN and Nikon lenses were used on the Apollo 15 mission. Since then, Nikon cameras have continually found their way to space, and currently grace the “DSLR wall” of the ISS. In recent years, Nikon DSLRs have been responsible for incredible time-lapses of Earth captured by ISS astronauts.

Is This Eclipse Photo #FakeNews?