How do you go about shooting a subject when you know they could die in a split second while your camera is pointed at them? That’s the reality filmmakers Jimmy Chin and Elizabeth Chai Vasarhelyi faced while creating their documentary Free Solo. The duo followed climber Alex Honnold during his attempt to be the first human to ever climb the 3,000ft El Capitan in Yosemite without safety equipment.

The 10-minute mini-documentary above by the New York Times features Chin and Vasarhelyi sharing a behind-the-scenes look at their mindset and process throughout the planning, preparation, and attempt.

“Chai and I needed to step back and take some time to really think if this was something we wanted to take on,” Chin says. “I’m aware that a camera changes the dynamic in some small way. And when the margins of success and failure are very, very thin, you just don’t know what it’s going to be that might tip the scale.”

Since Honnold was going to attempt the climb with or without the filmmakers, Chin and Vasarhelyi decided to set some guidelines in order to be able to “live with themselves filming it.” First, they put Honnold’s safety above all else. And second, they bent over backward to protect the integrity of Honnold’s experience.

On June 3rd, 2017, Honnold became the first person to free solo “El Cap” in a nearly 4-hour climb that’s widely considered to be the greatest feat in rock climbing history. 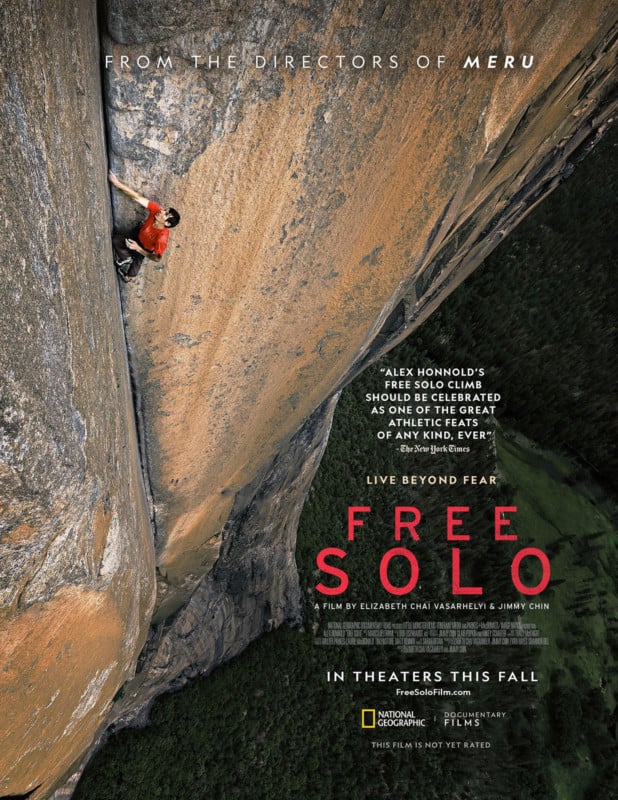 Here’s the trailer for Free Solo:

And here’s a TED Talk Honnold gave about his monumental climb:

Free Solo was released in the US in late September 2018, and it has a whopping 99% Fresh rating on Rotten Tomatoes.

(via NY Times via Laughing Squid)

Watch a Dali Artwork Get Damaged by Girls Snapping Selfies