Want to shoot an “impossible” f/0.2 portrait? Here’s a 3.5-minute video in which photographer Tony Northrup demonstrates the Brenizer Method, which effectively turns a telephoto lens into an ultra-fast wide-angle lens.

The Brenizer Method, popularized in the modern day by photographer Ryan Brenizer, is simply a stitched panorama in which a portrait subject is featured in the frame.

Using a Nikon 105mm f/1.4E lens and shooting in portrait orientation, Northrup photographed both his model and the entire surroundings around by panning his camera around in small shifts.

Once you have a large number of shots, you’ll need to stitch them together into a single wide-angle panorama of the scene. Northrup uses Microsoft’s free ICE (Image Composite Editor).

There are other programs out there that can also stitch a large set of photos together automatically into a panorama, but Northrup has found that Microsoft ICE consistently produces good results with fewer errors than other options (e.g. Lightroom’s Photo Merge).

Here’s the resulting portrait that Northrup ended up with: 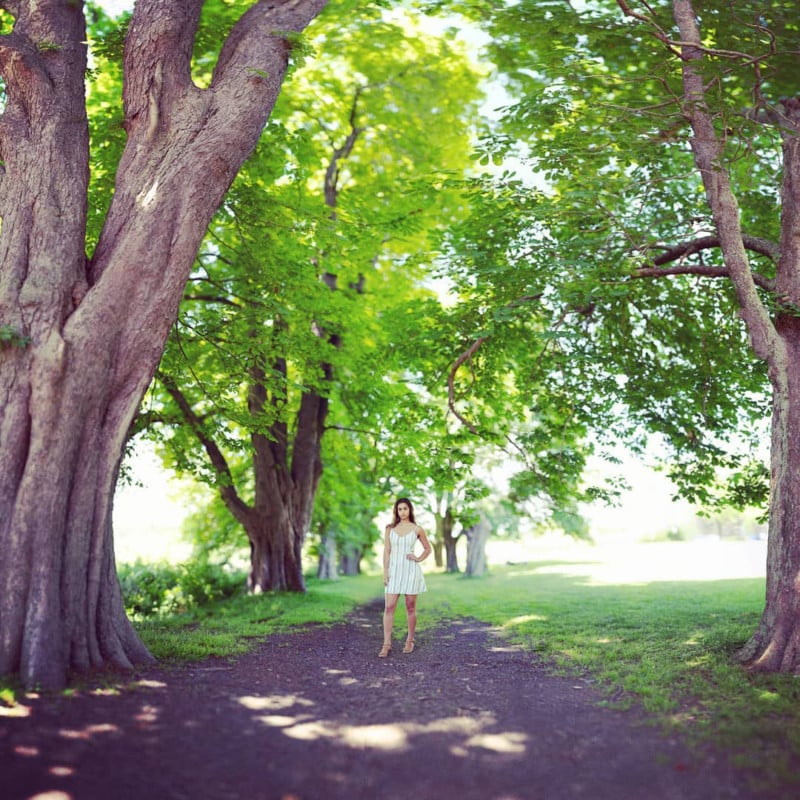 Based on the measurements, Northrup concluded that it’s the equivalent of a photo shot using a 14mm f/0.2 lens mounted on a 1,400-megapixel square-format camera. It’s a photo that could be printed 10-feet-wide at 300dpi.

You can find more of Northrup’s videos on his YouTube channel and more of his training through his website.

Light Duel: An Animation Made with 300 Light-Painting Photos