Photographer Steven Shultz has been experimenting with the Brenizer Method on digital cameras for years, but as he has shot more film throughout 2021, decided to see if there was a way to mix that method with his Mamiya 645AFD.

The Brenizer Method, also referred to as a “bokehrama” or bokeh panorama, is a technique that was originally developed by photographer Ryan Brenizer to allow digital photographers to mimic the look and feel of a medium format photo using less expensive cameras with smaller sensors. By stitching together a set of multiple photos taken of a scene, a photographer can dramatically increase a final stitched image’s resolution as well as the perceived depth. 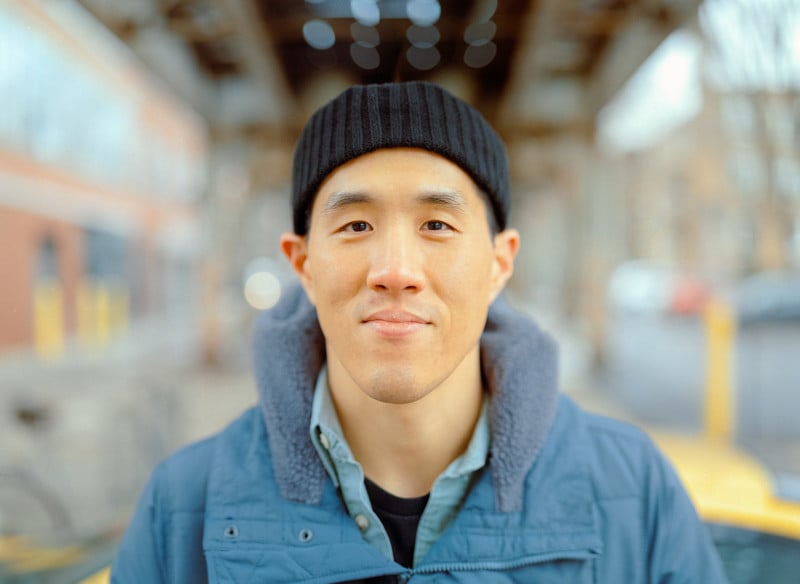 Shultz is a photographer and podcaster based in Chicago, Illinois who has been shooting digital and has been a fan of the Brenizer Method for years, but recently has gotten more into film.

“I fell in love with the slower process of shooting, developing, and scanning,” he tells PetaPixel. “I work out of a photo studio with a bunch of my friends, and we all shoot film together. Everyone is so encouraging and collaborative, and we often kick around different ideas we want to experiment with.”

It was from that environment that Shultz asked himself if a melding the digital Brenizer Method could be done with medium format film. 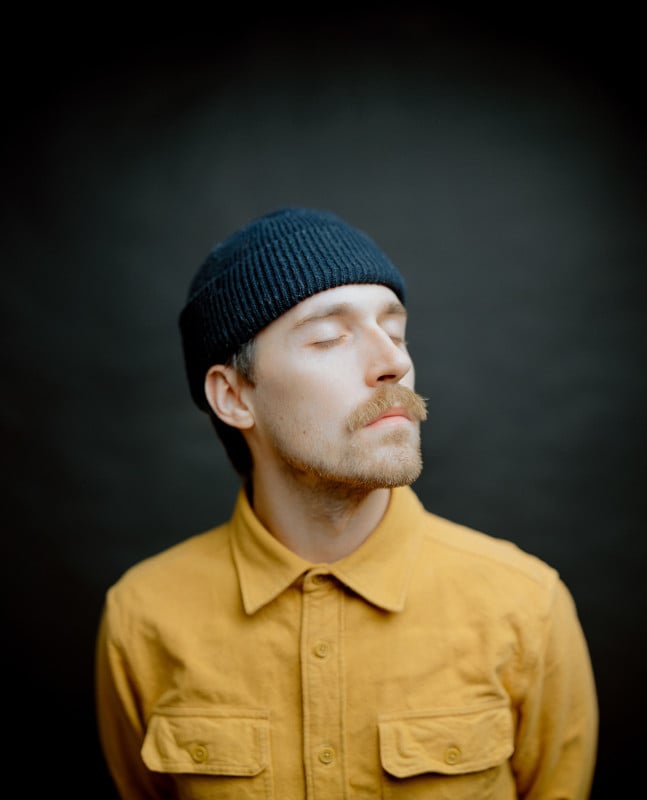 “One day, it dawned on me that using my Mamiya 645AFD to make a Brenizer portrait could actually be a viable option,” he says.

Even though the original goal of the Brenizer method was to mimic medium format, Schultz says the idea of using the technique but starting from a medium format camera was something he wanted to explore.

“Starting the Brenizer process with an actual medium format camera was fascinating to me, as I wondered what it would look like to stitch a bunch of medium format photos together. I honestly didn’t know what to expect, or if it would even work, but I’m very happy with the results.”

Schultz says that actually taking the photos wasn’t the hard part, it was the post-production where challenges arose.

“The panorama stitching in Lightroom was tricky—even when I cropped the images and attempted to merge them in the same way that I do for my digital Brenizer portraits,” he says.

“Lightroom wanted to stitch the full, uncropped image, which I show in the video. I then tried exporting them as TIFFs, re-importing them, and stitching them together, but the colors and contrast merged in a weird way once the panorama was complete,” he explains.

The resulting images were limited in their resolution, likely through the method by which the film was digitally scanned using a mirrorless digital camera. Schultz says that the process of scanning and cropping around the borders in order to convert the negative changed the resolution from what it could be. It is also worth noting that the method only uses parts of each photo for the panorama to create the finished photo, not the whole of each negative, which also affects the final resolution.

Still, the photos aren’t small: the widest he took has a diameter of 15,404-pixels, while the more square-format photos typically fall somewhere around the 9,697 by 9,606-pixel range.

A Fun, Albeit Impractical, Project

While a fun project that stemmed from a “what if” mentality, Schultz recognizes that while he thinks he would like to experiment with the process more, it’s not something that would work at scale. 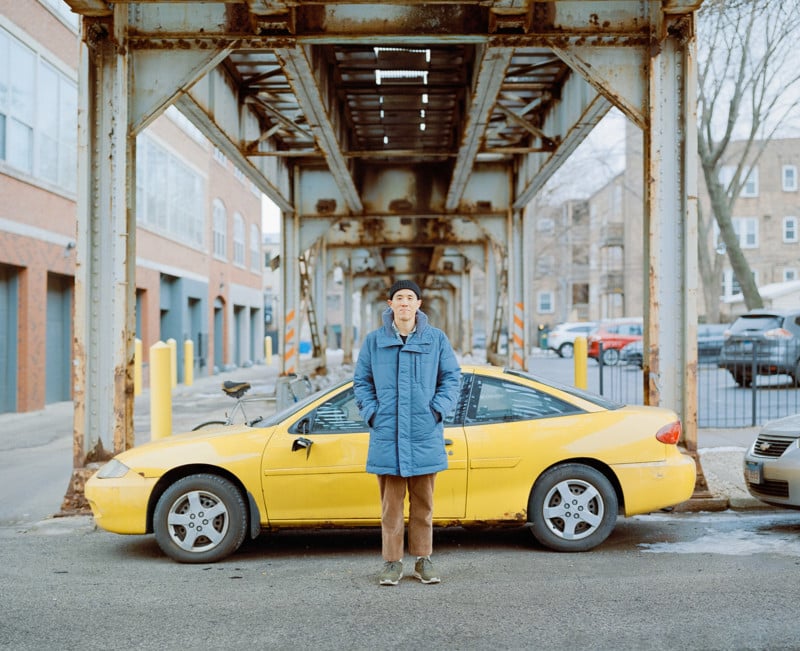 “I definitely want to experiment with this more, but I don’t think it will become a regular part of my workflow, as it’s pretty time-consuming and can be hit or miss,” he says. “But it was so much fun to try something new. I think I’ll use this again for specific conceptual images that I want a lot of resolution and depth for, and I’d also like to compare this side-by-side with large format, which I’m very interested in shooting.”

Schultz says that regardless, he thinks it was worth it just for the fun of trying something new. 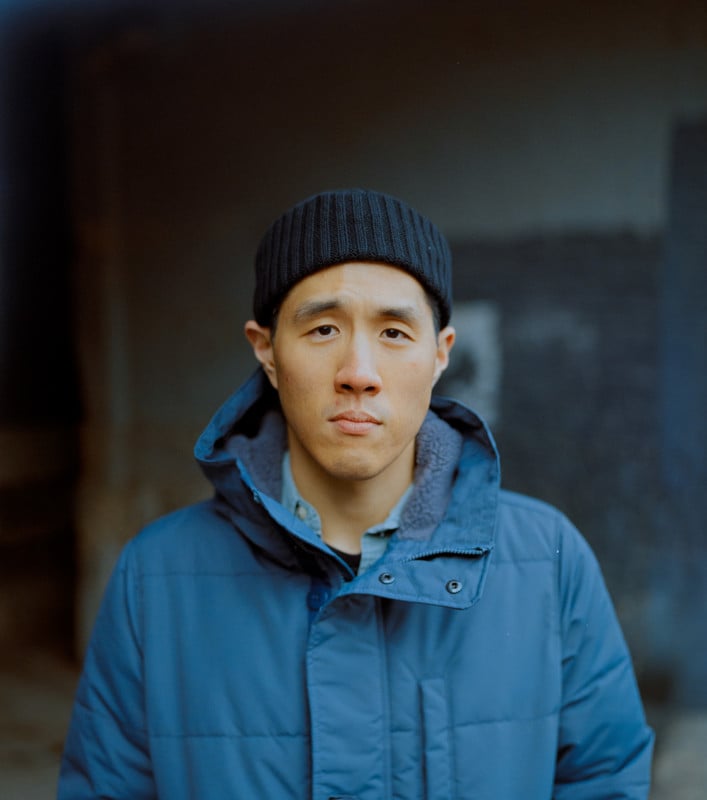 “At the very least, I think anyone could have a fun time trying it once! However, you definitely do not have to start with medium format film. If you have a 35mm film camera (or any digital camera, for that matter!), it’s just a cool technique to learn,” he says. “I think a lot of the fun of photography is experimenting with new techniques and trying different things, even if they don’t work or aren’t very practical. You never know where new inspiration can strike!”