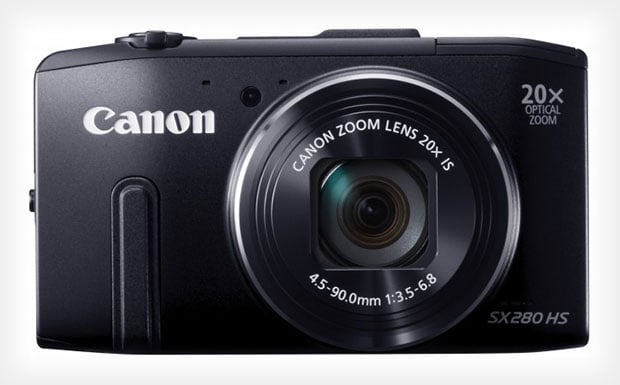 One week ago, we reported that Canon had sent out spy-style projector pens that teased an upcoming PowerShot announcement. Well, that announcement came yesterday alongside the two new entry-level DSLRs that were unveiled (the SL1 and the T5i).

It’s the new PowerShot SX280 HS, a camera that may not look too special on the outside, but packs something quite interesting on the inside: Canon’s next generation DIGIC 6 processor. 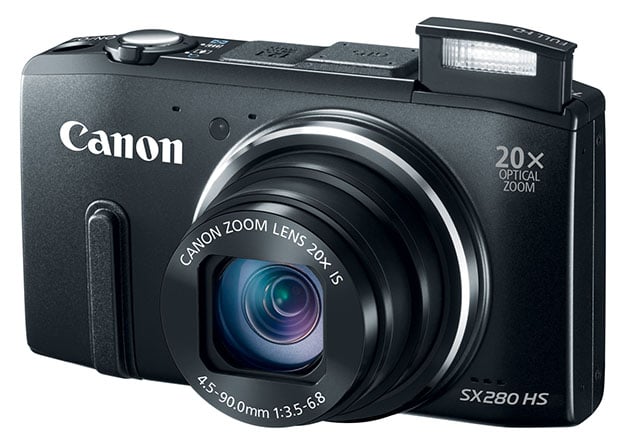 That’s right, this new compact camera features a processor that none of Canon’s DSLRs have yet. The 1D X flagship DSLR features two DIGIC 5+ processors. The two new DSLRs announced yesterday both feature a single DIGIC 5 processor. This tiny point-and-shoot beat them all to the DIGIC 6 party.

The SX280 HS features a 12.1-megapixel CMOS sensor that measures just 1/2.3″ (smaller than many of the high-end compacts that have been announced as of late, but on par with many other point-and-shoots). ISO can be boosted from 80 all the way up to 6400. 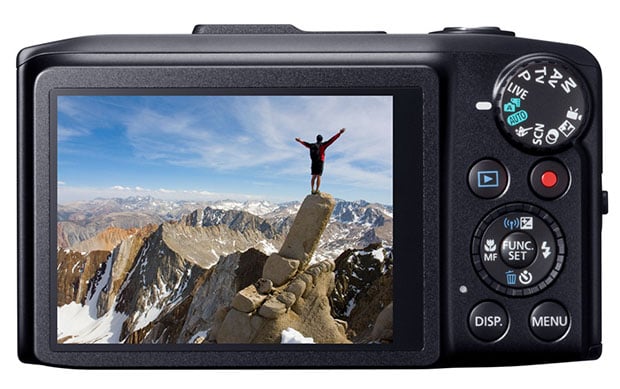 So why pack a next-gen processor into a tiny camera with a tiny sensor? One word: speed.

The SX280 HS has blazing fast autofocus, reduced lag, and a crazy continuous shooting speed of 14 frames per second (the feature is called High-Speed Burst HQ). Canon says the camera is perfect for “capturing a morning soccer game.”

There’s also a movie mode that captures 1080p Full HD video in the MP4 format. Frame rate can be set to 60fps for lower resolutions, or 30fps for Full HD. Video recording is aided by a Dynamic IS feature that compensates for your hand’s shakes, both in tilt and parallel movements. Still photos are aided by an Intelligent IS system, which has six different stabilization modes, and chooses the best one for your current conditions. 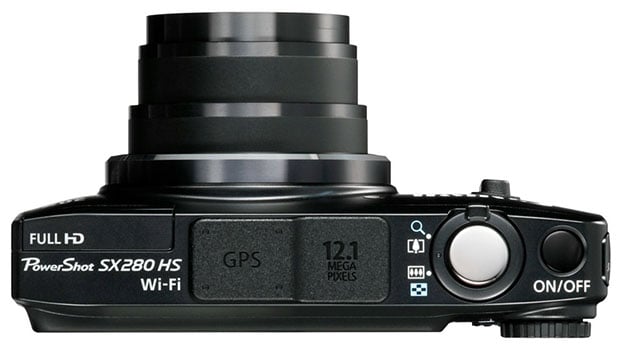 The SX280 HS is both wireless- and location-enabled. It has Wi-Fi connectivity for transferring photos to devices and to the Web, and a GPS receiver for embedding geodata into your photographs when you’re on the go.

You’ll be able to pick up one of these cameras in black, red, or blue models starting in April 2013 for a price of $330.