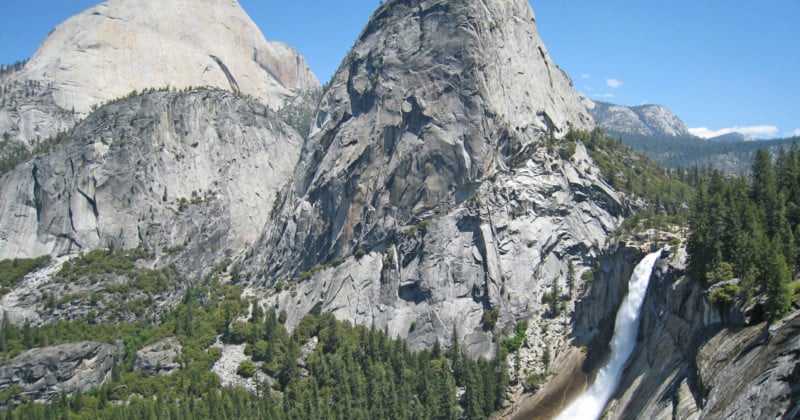 Taking risks for extreme selfies has claimed another life, this time in California’s Yosemite National Park. A teenager hiker has died after falling off an 820-foot cliff while trying to snap a photo of himself.

The Times of Israel reports that 18-year-old Jerusalem resident Tomer Frankfurter was visiting the famous national park last Tuesday during a 2-month trip to the States with his mother prior to joining the Israeli army.

After reaching an area near the top of the 594-foot Nevada Fall, Frankfurter attempted to take a selfie near a cliff. He then apparently lost his balance, fell over the edge, and plunged an estimated 820 feet (250 meters) to his death, his mother told the Times.

Signs posted in spots around Yosemite warn visitors about the dangers of stepping into risky places to shoot photos: 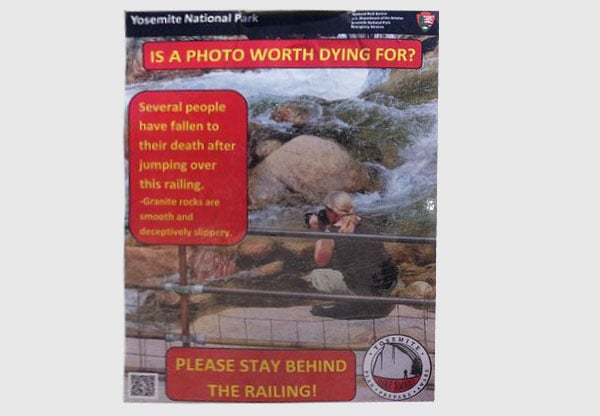 Frankfurter’s body was later recovered and will be transported back to Israel for burial.

The teen’s death comes just two months after a trio of famous Instagram stars fell to their deaths off Shannon Falls in British Columbia, Canada.

A report in 2015 found that selfies now lead to more deaths around the world than shark attacks.

Image credits: Photos by Richard Wood and Adavyd and licensed under CC BY-SA 3.0

Photographing the Eye of the Tiger (Shark)