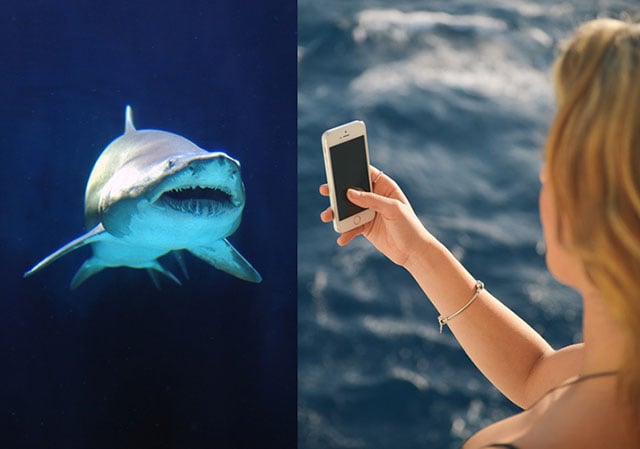 Here’s a crazy but true statistic: selfies are now a bigger cause of death in the world than shark attacks.

Shark attacks are extremely rare: only about 5 people die from them every year around the globe. By comparison, there have already been 12 confirmed cases of people accidentally getting killed while trying to take a selfie.

That’s an eye-opening figure reported today over at The Telegraph, which writes that most of the selfie-related deaths have been due to people falling. The second most common? Getting hit by a moving vehicle while trying to snap a photo.

Other risky selfie takers are barely just surviving, or the figure would be even higher. Some are getting bitten by rattlesnakes while trying to take a selfie with them. Others are getting flipped into the air by wild bison.

No wonder Russia launched a country-wide “Safe Selfie” campaign back in July to warn its citizens of engaging in risky selfie behavior. Perhaps other countries will soon follow suit.

This Was the Toronto Sun Photo Department in 1983

RED Raven is an Upcoming $5,950 EF-Mount Camera That Delivers ‘4K For All’