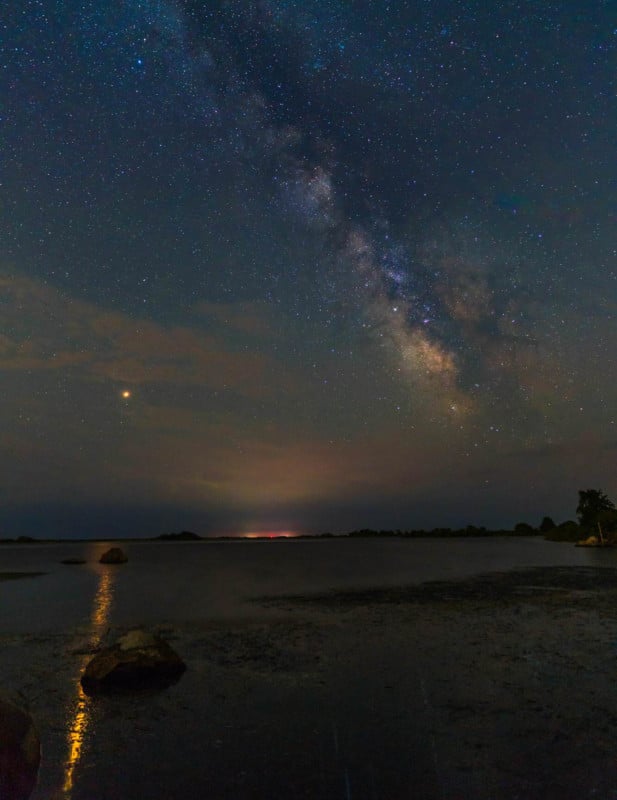 Mars is closer to Earth and brighter than its been since back in 2003. It’s so bright that photographer Abdul Dremali managed to capture this photo of the planet casting a bright reflection on the ocean as it rose into the night sky.

Mars will be the closest to Earth later this month — it’ll appear about 1.8 times brighter than Jupiter in the sky — and it won’t be this close to Earth or this bright in the sky again until 2035.

So if you’d like to try your hand at capturing photos of an ultra-bright Mars in night-sky photos, you have a short window to do so over the next several days. Good luck!

Image credits: Photographs by Abdul Dremali and used with permission

FIFA to Broadcasters: Stop Zooming In on ‘Hot Women’

10 Photos That Show the Extreme Drought on the Dutch Coastlines