Mars is brighter than it has been for 15 years this month, and it’s so bright that you can shoot its reflection in the ocean. Felix Jäger of Austria shot this 30-second timelapse showing the uber-bright red planet rising into the sky from behind his house.

“The timelapse itself is from my mom’s balcony facing our local mountain, the Pfänder,” the photographer tells PetaPixel. “You can see a castle on top of the mountain too, right around the area where Mars pokes out from the back.” 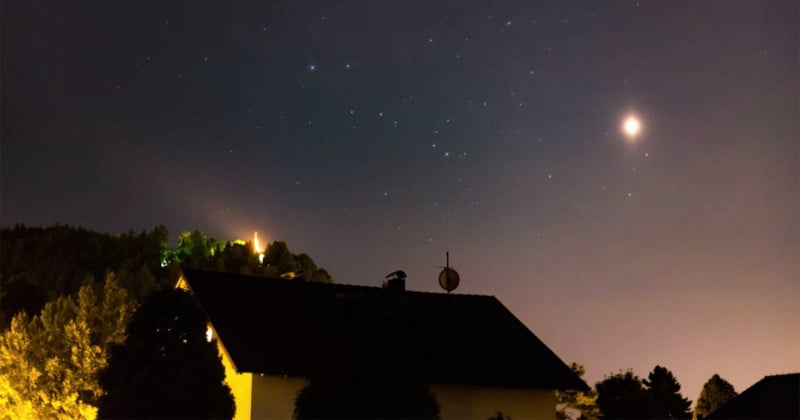 Jäger had his camera shoot roughly 720 exposures between 12 am and 4 am. He was using his Canon 6D and 50mm f/1.8 lens with Magic Lantern serving as the intervalometer for shooting a photo every set number of seconds.

He then edited the photos in Lightroom and used Adobe Premiere Pro to align the photos into the finished timelapse video.

Mars will remain brighter than Jupiter until about September 7th, 2018, so take your camera out if you’d like to try your own hand at capturing it on camera.

Image credits: Video and photo by Felix Jäger and used with permission