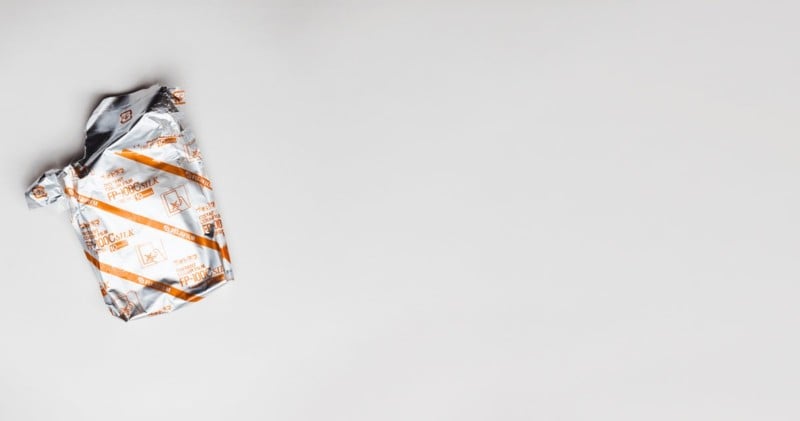 For about a year and a half, every time I opened my fridge I saw my last remaining 10 exposure pack of Fuji FP 100C instant film, and every time I opened said fridge I was reluctant to take it out and shoot it. I did not want to waste my last remaining packfilm but I knew I shouldn’t wait too long, because eventually the chemistry inside the film would dry. And since the film expired in late 2007, I was running out of time.

I decided to shoot my last pack of FP-100C (silk) on a warm and sunny day in mid-May. For the first four frames I photographed a few friends and gave them the prints but kept the negatives to scan them later, but because I was in a hurry I didn’t let them dry completely which made them stick together and thus destroyed the negatives.

Realizing that I only had 6 shots left, I decided to wait for the evening to shoot the apple blossoms in the gardens beneath Michelsberg Abbey not far from where I live. After I had exposed the first of my four frames I was disappointed because I found the image dull and boring. My expectations were of course, high since I wanted my last frames with this wonderful film at least to be visually pleasing.

I had something in my mind like “Steve McCurry shoots his last roll of Kodachrome” and was disappointed when I couldn’t find a composition worth shooting. I sat down and listened to the birds singing in the trees and thought what to do and how to do it. For about five minutes, I sat in a trampled down spot in the tall grass surrounding me and stared at the small purple wild-flowers that grew around me. I pressured myself to come up with something because the thought of wasting the last peel-apart instant-film I could shoot with my trusty RB67 on a subpar composition felt embarrassing, and so I decided to try multiple exposures.

This said, I kept my initial composition and only adjusted the exposure to accommodate a second exposure onto the frame. I wanted the deep saturated green of the grass around me to fill the shadows of my frame to contrast the white and pink blossoms. This time, to avoid the problem of sticky negatives I didn’t open the developed sheets until I was back home.

I might have wasted all my remaining film on double- and triple exposures without noticing it until it was too late. But sometimes, creativity is drawn from uncertainty and the necessity to structure an image in your mind or at least from being able to imagine the image. Fortunately, this event did not occur.

In some sense, it also was a great privilege to be able to shoot this wonderful film and peel-apart films in general. Future chemical photographers will most likely never get the opportunity to use this brilliant film that gives you a negative and a positive print of superb quality. Although it was not the very last pack of FP-100C that was shot on this planet, it was my last pack and since I’ve made the decision not to buy “freshly expired” FP-100C for up to €40 (~$46), it was my last pack.

A sad reality. A reality that will haunt us in the future when Fuji decides to kill first Velvia, then Provia, and then film altogether (apart from Instax, obviously).

Shooting my last FP 100C was in some way a revelation to me: It made me realize that if we are unfortunate, our most cherished film emulsions will be silently killed off, and that we for as long as we can enjoy shooting them, should shoot every frame as it could be the last. And even if it is only the little moment of joy you feel, when you have overcome a creative struggle, and in the end have produced an image worth looking at.

Thank you for reading this short article! I hope you enjoyed it or at least were able to draw some creative inspiration whatsoever from it. Unfortunately, FP-100C will not have been my last last film stock. The next candidate on the extinction list is the wonderful Kodak Portra 100T of which I have only 5 Rolls (120) left.

And if you’re wondering why I chose double and triple exposures: I shot 9 exposures from 4 sheets of film. The longer I shoot, the more I enjoy it, especially in this case.

About the author: Ludwig Hagelstein is a 23-year-old photographer and college student based in Bamberg, Germany. The opinions expressed in this article are solely those of the author. You can find more of Hagelstein’s work on his website and Instagram. This article was also published here.

Instead of ‘Finding’ Your Passion, Try ‘Developing’ It: Stanford Scientists