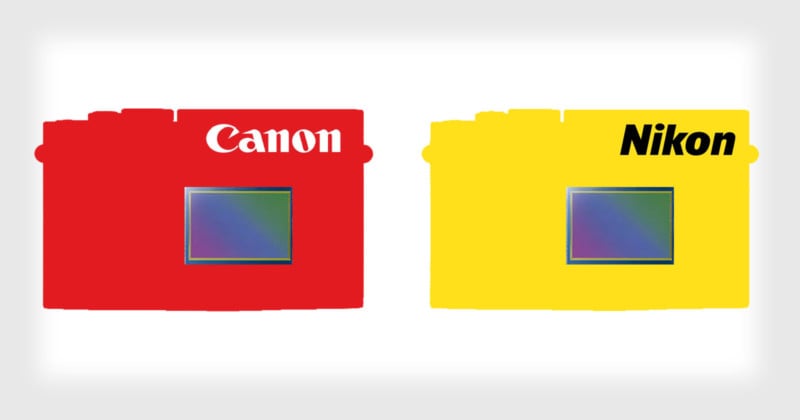 There’s plenty of speculation among photographers as to when Canon and Nikon plan to announce full-frame mirrorless cameras, but Sony itself has thoughts on when a formidable challenge to its mirrorless cameras will arise from the two juggernaut industry rivals. A Sony executive is now saying that he believes we’ll see the unveiling of such cameras within a year.

DPReview interviewed Sony camera General Manager Kenji Tanaka at the CP+ Camera & Photo Imaging Show in Japan earlier this month, and Tanaka predicts that full-frame Canon and Nikon mirrorless cameras would be on display by next year’s show around this time.

Here’s how Tanaka responded after DPReview asked him when he thought full-frame mirrorless cameras would become the norm in the industry:

This is just my personal opinion, but I think that maybe by next year’s CP+ you’ll see full-frame mirrorless cameras from Canon and Nikon. I think [by then] they will be participating in this market.

“[Tanaka] has a much better high-level understanding of the camera industry’s ins and outs that most of us,” DPReview writes. “In other words: we take his ‘personal opinions’ quite seriously.”

The latest murmuring in the camera industry rumor mill is that Canon has at least one full-frame mirrorless camera prototype that’s being tested.

CanonWatch has also spotted a new mention of Canon’s mirrorless plans in a speech given by Canon CEO Fujio Mitarai on March 6th.

“Within existing businesses, there are market areas that are growing, such as […] mirrorless in cameras,” Mitarai says. “In these segments, by launching differentiated products that only we can provide, we will stimulate the market, grow our sales, and secure additional market share.

“For example, in our core camera business, in addition to our overwhelming share of the DSLR market, we will go on the offensive and work to expand our sales in the mirrorless camera market, which is exhibiting remarkable growth.

“This will allow us to reach our goal of 50% market share of the entire interchangeable-lens camera market.”

This is a ’60-Second’ Handheld Photo of the Milky Way