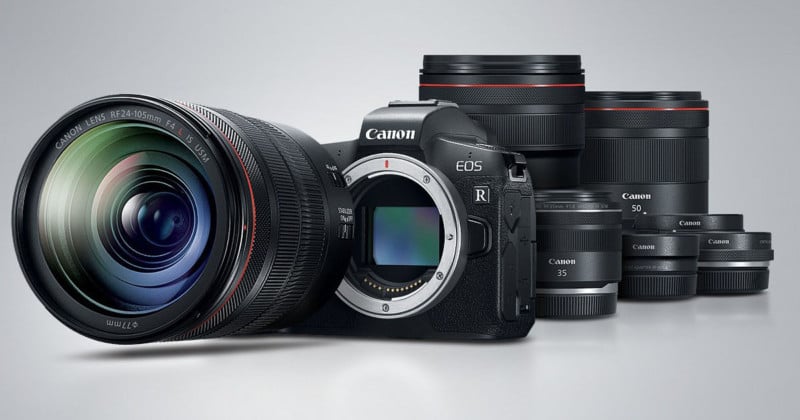 After years of owning a near 100% share of the full-frame mirrorless camera market in Japan, Sony’s monopoly is finally under attack. The latest sales numbers show that Canon has already jumped to a 22% share after the launch of its EOS R system.

BCN Retail released its latest full-frame mirrorless sales numbers, which show that the latest market share breakdown in October 2018 was 67% Sony, 22.1% Canon, and 10.4% Nikon. Just a few months ago Sony was enjoying a 99.5% share. 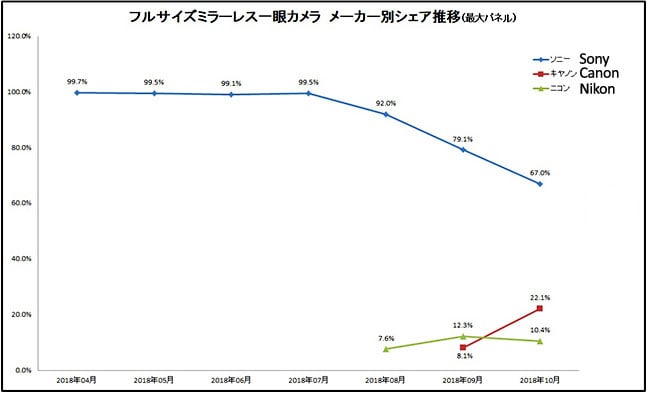 Keep in mind, however, that these numbers are skewed by the fact that Canon and Nikon just launched their full-frame mirrorless cameras and are enjoying the early surge in sales, while Sony has been in the game since its a7, a7R, and a7S in 2013 and 2014.

Another thing to note is that Nikon has only been selling half of its Z Series lineup: while the top-of-the-line Z7 was released in late September, the Z6 isn’t hitting store shelves until later this month.

It remains to be seen how the market share ranking changes from here on out now that the full-frame mirrorless camera market finally has fierce competition. Canon Rumors predicts that Canon will have at least 50% of the market within a year after its EOS R ecosystem is filled out with more cameras and lenses.

This Music Video Was Made with 2,250 Printed Photos