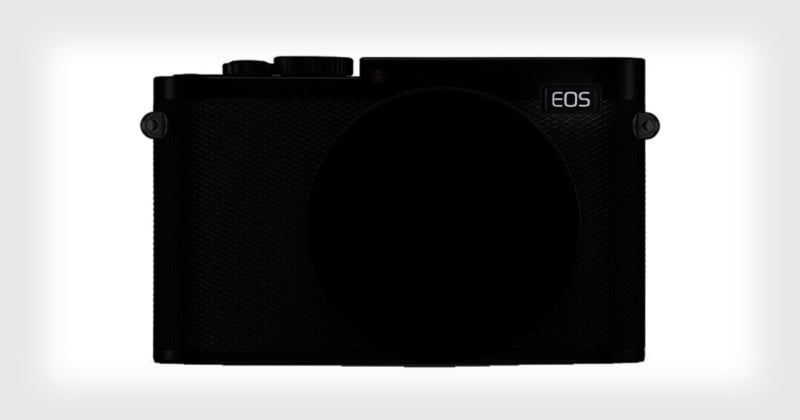 Rumors about a first full frame mirrorless camera from Canon are continuing to heat up. The latest word is that Canon has already created at least one prototype of such a camera.

Canon Rumors is hearing from a source that one of the prototype cameras with a “new body” being tested by Canon is a full frame mirrorless.

The source passed along several observations about the prototype they saw.

The first is that the camera features a top-down LCD similar to what’s found on the Leica SL, which displays important camera settings for photographers at-a-glance on a 1.3-inch monochrome LCD:

The prototype camera seen by the source lacked markings and branding on the body, and the flange distance looked like it was too short for the camera to have a native Canon EF lens mount, Canon Rumors hears, “but no lens was attached to the body to be sure.”

Finally, the source was able to listen to the camera shooting in burst mode and estimates from the shutter sound that the shooting speed is above 10 frames per second.

“These sorts of leaks are rare, but they more often than not turn out to have some kind of truth to them,” Canon Rumors writes. “I expect multiple full frame mirrorless prototypes to exist.”

There were hopes at the end of 2017 that Canon might be planning to unleash a full frame mirrorless sometime in 2018, but Canon Rumors believes that the chances of this happening are slim based on what’s currently known about the 2018 roadmap.

Still, it’s encouraging for Canon fans to know that Canon has been asking its pros what they desire in a professional mirrorless camera, and Canon even stated publicly this month that it’s finally willing to cannibalize its DSLR sales with new mirrorless cameras.

Eddie Adams’ Photo Studio in NYC is For Sale for $19.95 Million