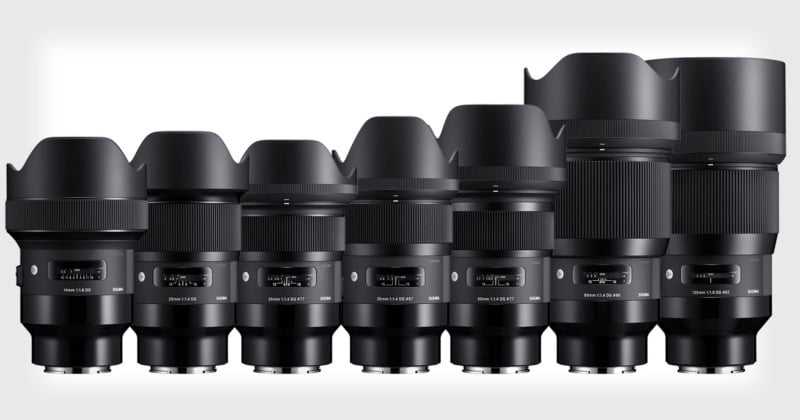 Sigma just announced the 70mm f/2.8 Macro and 105mm f/1.4 lenses today, but the other 7 were already available for Canon, Nikon, and Sigma mounts prior to this announcement. Sigma says the new Sony E-mount lenses will feature the exact same optical designs that have attracted rave reviews, but the lenses will also feature a “newly developed control algorithm that optimizes the autofocus drive and maximizes the data transmission speed.”

And this is all just the start of Sigma’s support for Sony gear. The company says that it will continue to introduce new E-mount Art lenses moving forward. Sigma also offers a Mount Conversion Service that lets you convert your existing collection of Art lenses to a different mount if you choose to switch camera systems.

Pricing and availability for these 9 lenses have yet to be revealed.