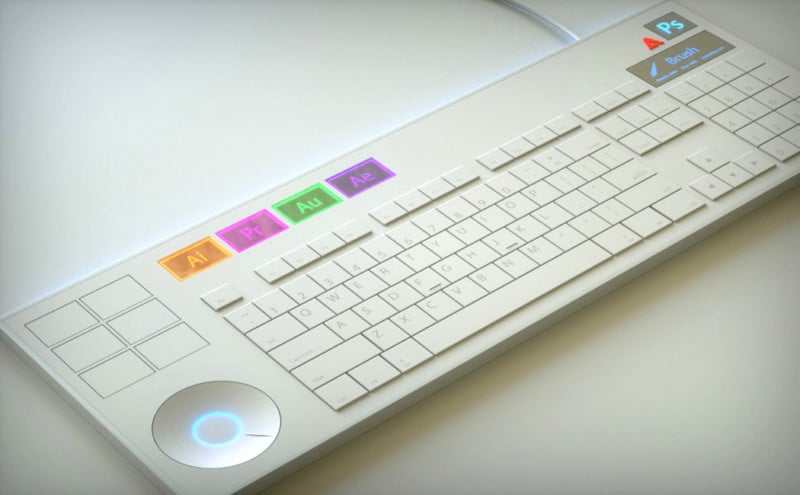 What if Adobe decided to jump into the keyboard market and create a keyboard for photographers and other creatives? What would it look like? Brazilian designer Vinicius Araújo decided to turn his best guess into a futuristic concept keyboard called the Adobe Keyboard.

The keyboard comes in black and white versions and features a sleek, flat, and minimalist look. 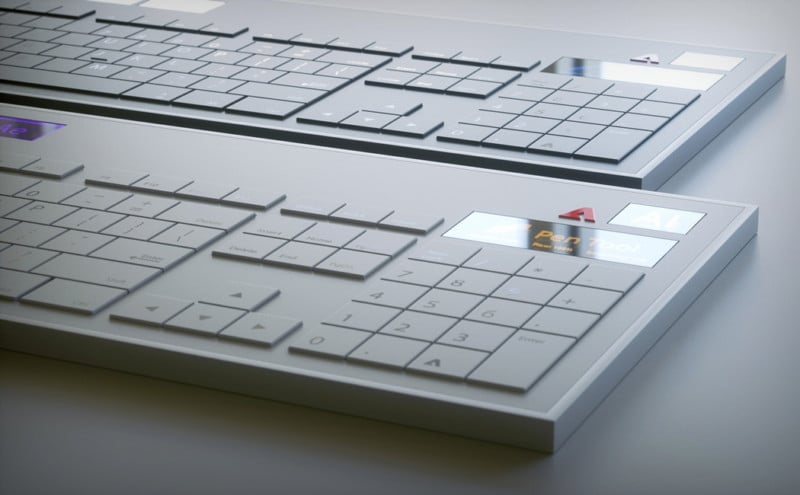 Located around the standard keyboard keys are a number of features that photographers may find useful. In the upper left-hand corner are six touch shortcuts that can put commonly-used tools at your fingertips. 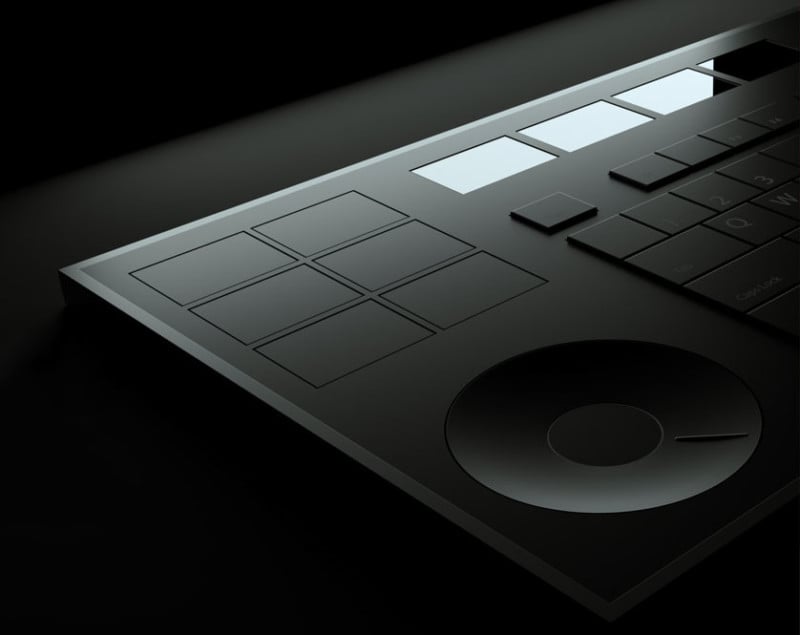 Nearby are another set of touch buttons that allow you to quickly switch between Adobe Creative Cloud apps. Need to jump quickly between Lightroom and Photoshop? These shortcuts could be used for that purpose.

In the upper right-hand corner of the keyboard is a tool indicator that lets you quickly be reminded of what tool you’re currently using at any time. 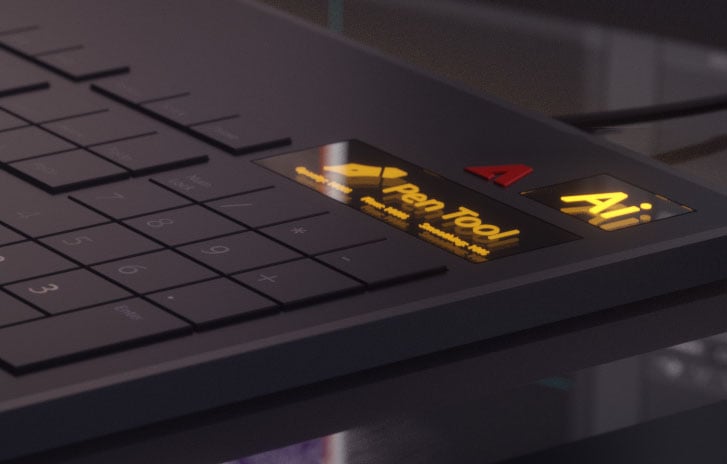 Finally, in the bottom left-hand corner is a jog wheel that can help you make precise adjustments when using sliders and other tools. A similar feature recently appeared on the new Logitech Craft keyboard, which features a Smart dial that photographers can use while doing photo editing. 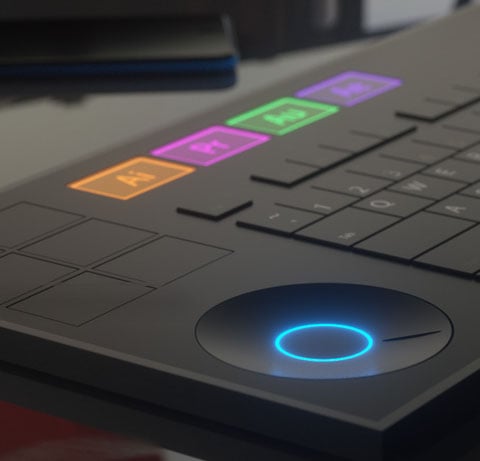 The keyboard would add a visual touch to workstations as well, especially in the dark with its color glows. Araújo’s Adobe Keyboard is just a concept design and something that’s unlikely to be on Adobe’s roadmap, but it’s an interesting look at what keyboards could be like if the designers were to focus on the needs of photographers while creating them.

(via Vinicius Araújo via Yanko Design)

This is How RED Cameras Are Made