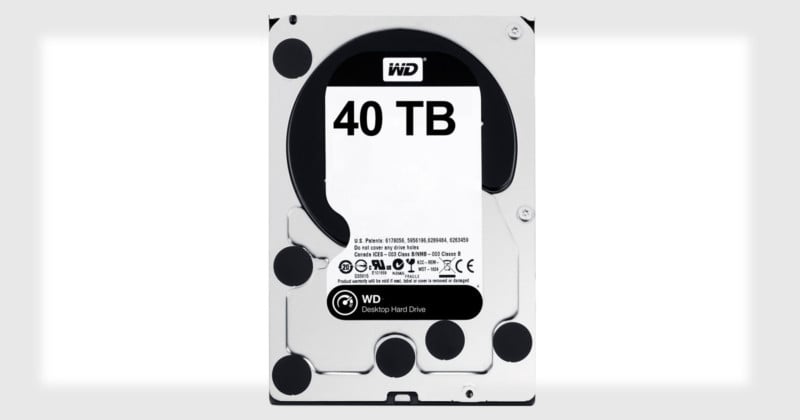 Western Digital has unveiled new “next-generation technology” that promises to bring hard disk drive capacity to a whopping 40TB by 2025. That’s a leap of about 300% in a span of around 7 years.

One of WD’s new developments is something called “microwave-assisted magnetic recording”, or MAMR. The company showed off its first MAMR HDD at an event earlier this week at WD’s headquarters in Silicon Valley.

An MAMR drive uses a breakthrough innovation called the “spin torque oscillator,” which generates a microwave field that helps write data at an extremely high density without reduced reliability. 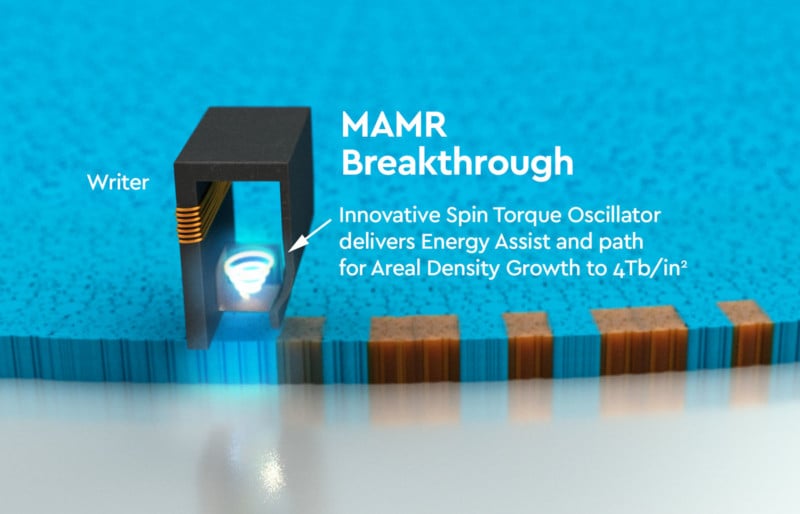 Here’s a short video that offers an explanation of how the technology works:

“Western Digital’s innovative MAMR technology is expected to offer over 4 terabits-per-square-inch over time,” the company writes. “With sustained improvements in recording density, MAMR promises to enable hard drives with 40TB of capacity and beyond by 2025, and continued expansion beyond that timeframe.”

Experts say the new MAMR technology will further lower the cost of hard drives when it comes to dollars per terabyte. Cameras these days are offering ever-increasing resolution that comes with ever-increasing file sizes — Canon’s developing a 120MP DSLR that captures a 210MB file with each snap — but don’t worry… it looks like cheap storage will be keeping up with the pace.

(via WD via Engadget)