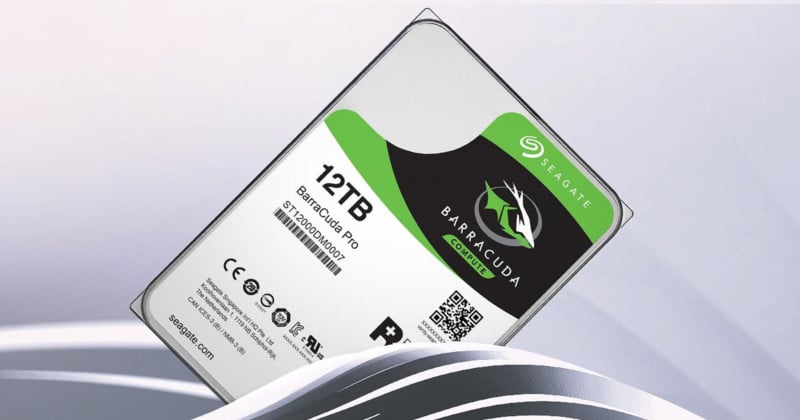 Seagate just announced its new 12TB BarraCuda Pro 3.5-inch hard drive, which becomes the world’s fastest and highest-capacity desktop hard drive. If you’re looking for massive storage on a single drive, this is a new option you may want to consider.

“The BarraCuda Pro is a creative professional’s and tech enthusiast’s dream,” Seagate says. Adding that the drive is designed to meet the data management needs of “creative editing workflows,” which are ever-growing as things like ginormous RAW files and 4K video become ubiquitous.

“Across the globe, we are experiencing a massive increase in the volume of data created, with a recent study by IDC and Seagate finding that data creation will swell to a total of 163 zettabytes (ZB) by 2025, 10x more than today,” Seagate says. “Seagate’s latest portfolio of 12TB drives are designed for today’s media storage needs – including augmented reality (AR), virtual reality (VR), 4K resolution and 360-degree videos – and offer scalability for the future with increased space and speed.” 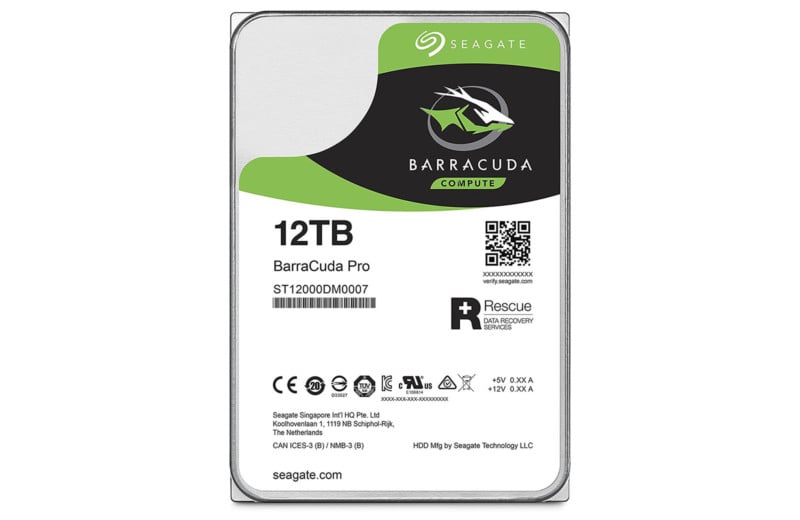 The BarraCuda Pro has a speed of 7200RPM, making it the fastest 12TB desktop drive on the market. The drive’s speed “means that data-intensive activities like large file transfers and photo-editing are faster,” says Seagate.

The drive also has a large 256MB cache size, which “pushes your PC to new performance heights so you can load applications and files even faster,” Seagate says.

The Seagate 12TB BarraCuda Pro are hitting store shelves with a price tag of $530, and each drive comes with a best-in-class 5-year limited warranty.

(via Seagate via DPReview)

Correction: The retail price of this hard drive is $530. The original versions of this post incorrectly listed it as $430.

This is the First 360-Degree Video of an ISS Spacewalk