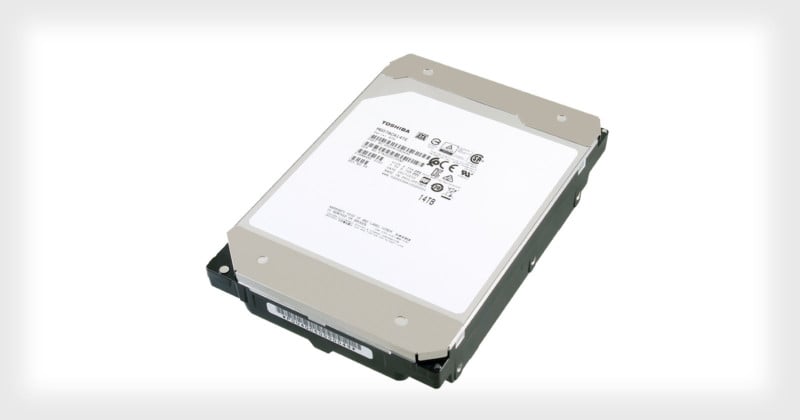 “We have raised the bar with the new MG07ACA Series 9-disk helium-sealed design,” says Akitoshi Iwata, Vice President of Toshiba’s Storage Products Division. “By utilizing an innovative design, we continue to improve the benefits that high-capacity disk storage can deliver to our broad global customer base.”

In addition to the massive 14TB 9-disk drive, the hard drive lineup is also getting a new 12TB 8-disk drive. Both versions are helium-sealed with a 3.5-inch mechanical design, resulting in “better storage density and a low HDD operating power profile.”

The drive is aimed at cloud storage businesses, providing a large amount of storage on more traditional media. Since the drives are part of Toshiba’s “enterprise” solutions, potential customers will have to contact Toshiba directly to put in an order or to find out more info. No word yet on if or when photographers will be able to purchase this technology from retail outlets.

(via Toshiba via DPReview)