The Canon 80D is a popular enthusiast-level video-capable DSLR. The Arri Alexa is a professional video camera that is commonplace on many Hollywood feature film sets. Here’s a 7-minute shootout by Potato Jet that compares what you get from a $3,000 camera kit versus a $80,000 one.

First off, the color of the skin tones is noticeably better from the Arri Alexa camera. 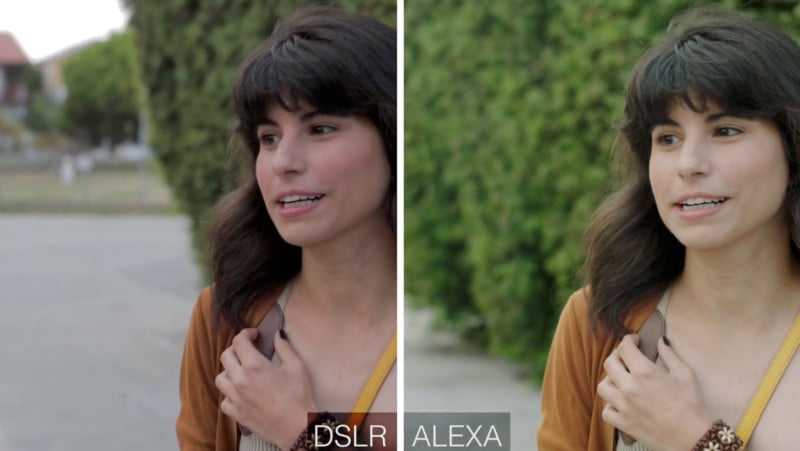 During the blue hour, however, the differences become really apparent. With the Canon DSLR, everything just looks a bit… rubbish, really.

The Arri Alexa, however, has a gorgeous blue tone all over. This isn’t because of a mismatch in white balance, as they were set manually before the video was even shot. 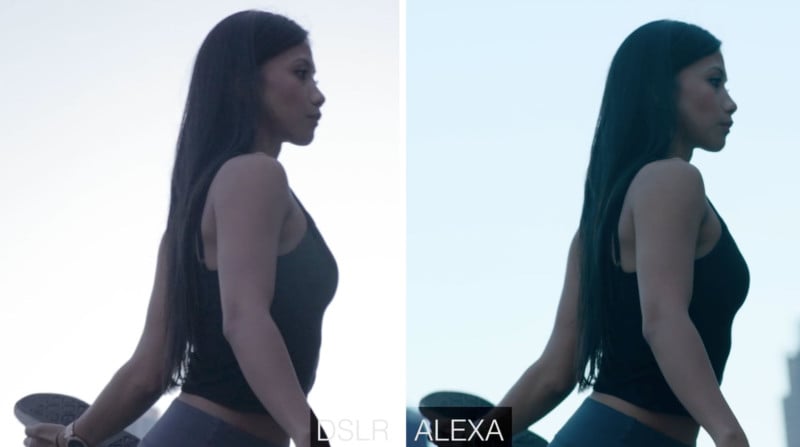 The Alexa “makes people look alive and natural, no matter what crazy lights you throw at it.” Even under fluorescent lighting, the $80,000 monster doesn’t even bat a proverbial eyelid. 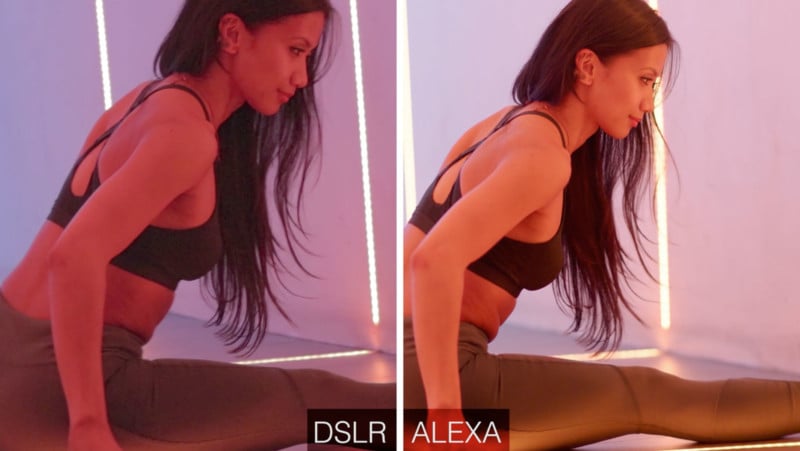 That’s thanks to Alexa’s unique color science, an aspect of the camera that helps makes colors look true to reality during grading.

And then there’s the dynamic range. This is where the Alexa just completely blows the DSLR out of the water, retaining incredible amounts of detail in the highlights and shadows throughout the film. It’s prominently featured in this comparison — just look at those flames: 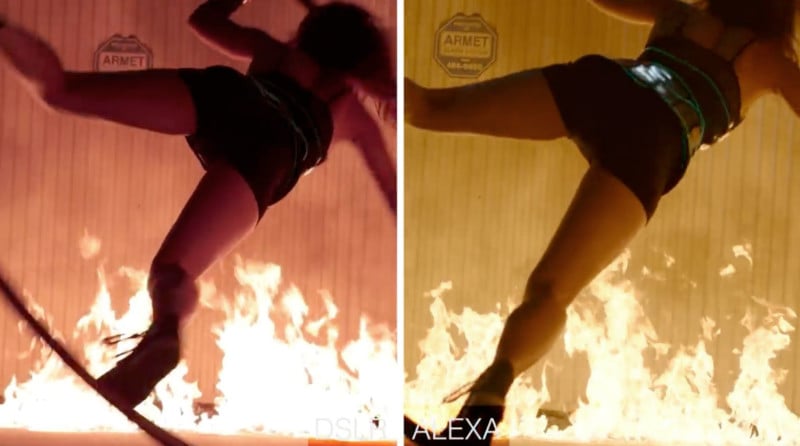 But DSLR cameras are sometimes used to shoot feature films these days. In Whiplash, a number of short clips were shot on a Canon 7D. In Mad Max: Fury Road, several Canon 5D Mark II cameras were destroyed during the action scenes, which is much cheaper than the destruction of Arri Alexas, that’s for sure.

Check out the full video above to see the two cameras in action. You can also find more content by Potato Jet by subscribing to their YouTube channel.

(via Potato Jet via DPReview)

Here’s 4K Cinematic Footage Shot with the iPhone 8 Plus