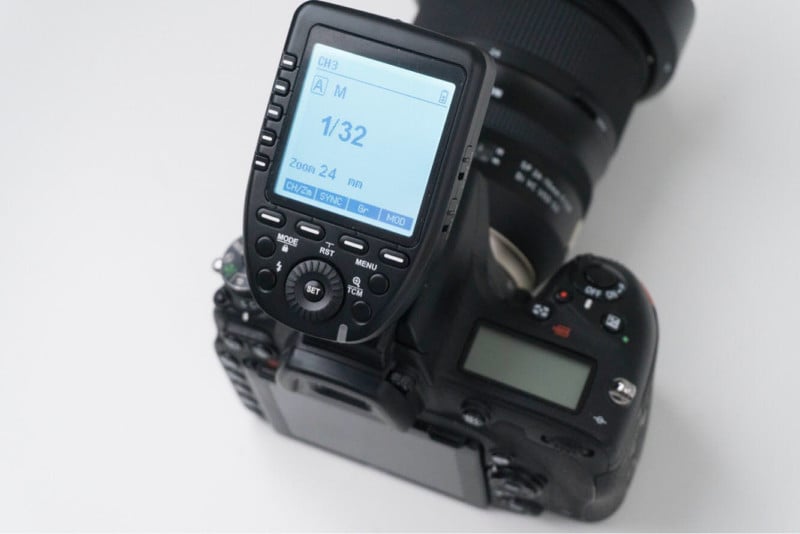 The Godox X series has become very popular over the last two years as strobists enjoy the vast functionality, portability, and low prices. This includes speedlights such as the TT685 and V860II, hybrid strobes such as the AD200 and AD360II, and portable monolights like the AD600.

While their flashes have great wireless radio connectivity between them, fast recycle speeds and strong light outputs, there has long been a weak link in the system. That weak link is the X1-T, the primary controller for the entire lineup.

The X1-T uses a dial and 3 buttons to access a large amount of functionality. Features were regularly added, but since it was an afterthought, they required navigating custom functions, or double tapping and long holding buttons. This lead to a majority of users not understanding how to access a majority of the additional features.

On top of that, the design of the X1-T had all the controls on the back, right where a photographer’s forehead tends to touch. This lead to users often bumping the controls when shooting.

Lastly, the dial felt backward to a lot of users, and it has input lag/accuracy issues. For me, I could never get used to modifying settings without looking, which lead to me using the speedlights to control off-camera lights instead.

Godox has finally shown that they have heard the feedback from users and have created a solution. The first Xpro trigger has been announced and should be shipping by the end of October. The first model is the Xpro-C for Canon users and a Nikon specific model is expected in the near future. Sony, Olympus/Panasonic, and Fuji are in the product pipeline. Considering the X1-T for Olympus and Fuji just launched, I’d expect it to be a while before those make it to shelves.

I got a hands-on look at a sample version of the Xpro transmitter and went over it in depth in the following video. A summary of the perks and where it could still be improved is below. 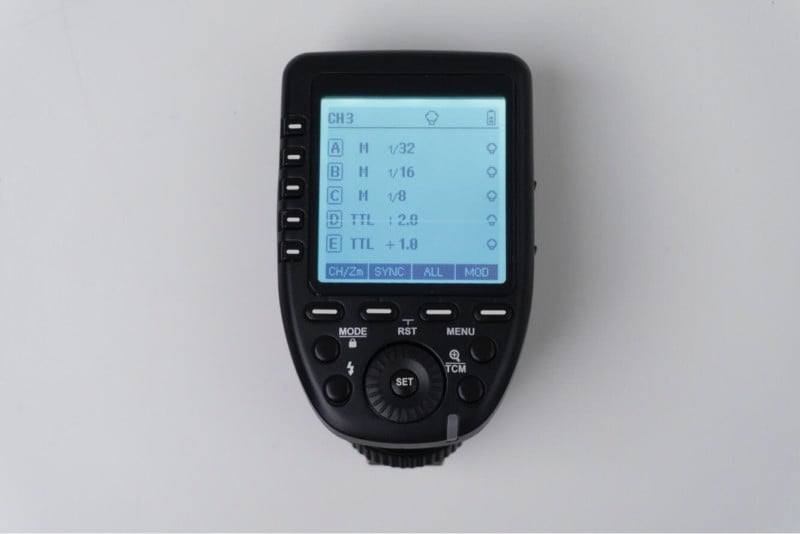 The screen is much larger than the X1-T, providing a full view of all 5 groups, rather than having to scroll between 3. The slanted design fixes the issue of foreheads bumping into controls. There are now 5 independent group buttons that allow for specific group selection and modifying modes. There is also a “Zoom In” function that allows for a single group to take up the entire screen, much like the XT32 manual transmitter.

Zoom, Modeling Lamp, and All Control 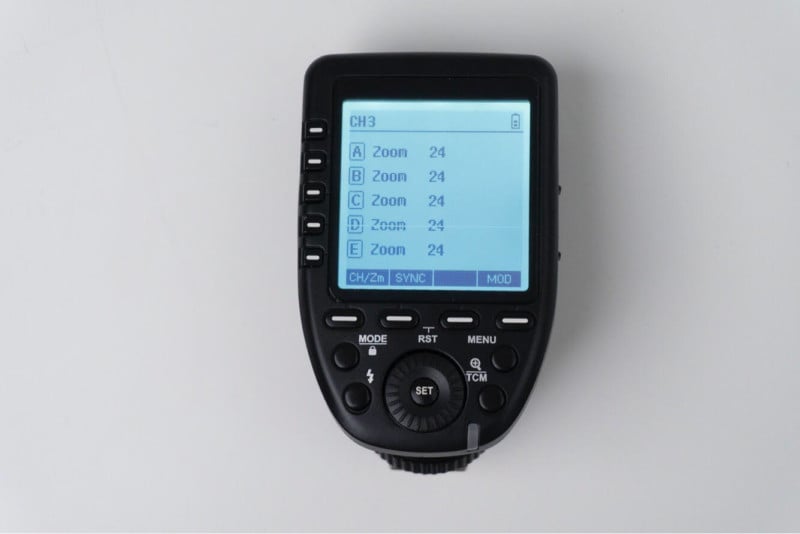 The Xpro has main-menu access to zoom control by long pressing the channel button. You can now change the zoom for each specific group instead of only setting one zoom setting for all groups on the X1-T. There is also a modeling lamp button that allows you to one-click all modeling lamps on, as well as independent control. The “All” function also has a button of its own, allowing photographers to quickly select and modify all groups by equal adjustments. This is great when the ambient lighting changes, you can retain all lighting ratios yet quickly compensate for camera setting adjustments.

This feature is popular on the Profoto Air lighting equipment. The TCM function lets you fire a test shot in TTL, and then the Xpro saves the power setting and applies it in manual on the same group. This way you can adjust the result or carry on shooting without a preflash. This does require choosing the light that you are using within custom functions. 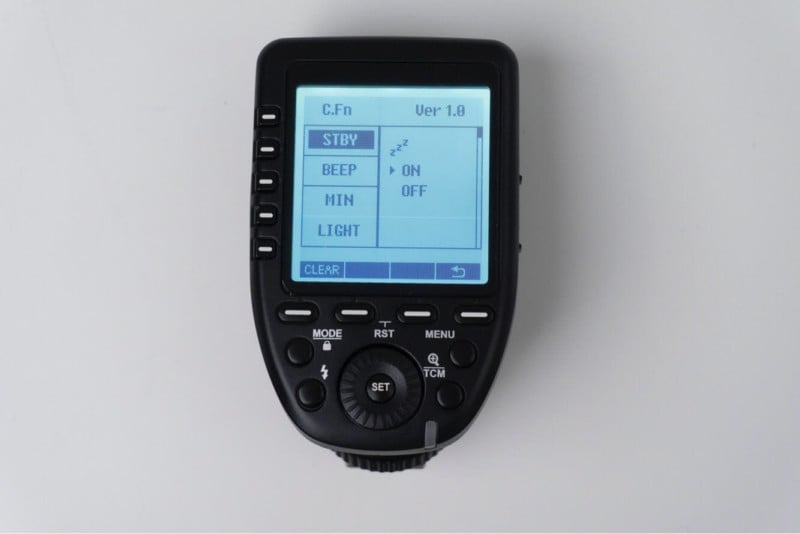 For as much as they got right, I think there are still a few things that could be addressed with firmware. The zoom control is a long-press option while the channel adjustment is a one-click option. A majority of users are more likely to access the zoom option more than changing the channel of all their equipment. At a minimum, you should be able to flip these within custom functions. The modeling lamp control is not independent when in single group mode, which is confusing since the zoom control is.

Hardware wise, this design is far superior to the X1-T. The screw-lock mechanism should have been replaced with a swipe-lock or push-lock, as should all future hot shoe flashes/triggers. They also did not put Bluetooth in, despite their new Bluetooth app and connectivity with the Godox A1 smartphone flash. Had they put Bluetooth in, users could control their light without carrying around the A1 middleman.

All in all, I’m 99% satisfied and can’t wait for the Nikon version to come out so I can leave my X1-T woes behind for good.

Full disclosure: A sample unit was provided by Godox for the purpose of this review.