Wildfires have been burning across Portugal, causing tens of deaths and scores of injuries. Yesterday, I stumbled upon a village called Pereiro De Maçao. For the last 4 days, a wildfire has consumed a large quantity of forest, destroying villages on its way. And yesterday it was reaching this town.

People approached me, frantically telling me that I needed to tell someone out there that they have been fighting the fire alone. There has been no help or any kind of communication about what is going on, and everyone is wondering whether they will receive any help or not.

The people from the village have taken matters into their own hands and are fighting the fires themselves. As night fell, they saw the fire coming towards them even closer and they did their best to keep the fire from crossing the road towards the village.

The town’s residents were upset by the sight of a convoy of firetrucks passing by but no one stopping to say a word.

At one point, the villagers were cheering as they though they had controlled the direction of the fire, but an hour later what they were protecting was left in ashes by raging fire.

“This is very hard by ourselves,” one of the villagers told me as he cleaned the sweat off his forehead. “Why is no one helping us?”

What they didn’t know is that Maçao was completely overtaken by flames, so all the firefighters were devoting their efforts elsewhere.

Wildfires have been a constant daily presence here since the middle of June, and I have taken on the task of documenting them as best I can. My father has become my driver and my mother has become the fire spotter. 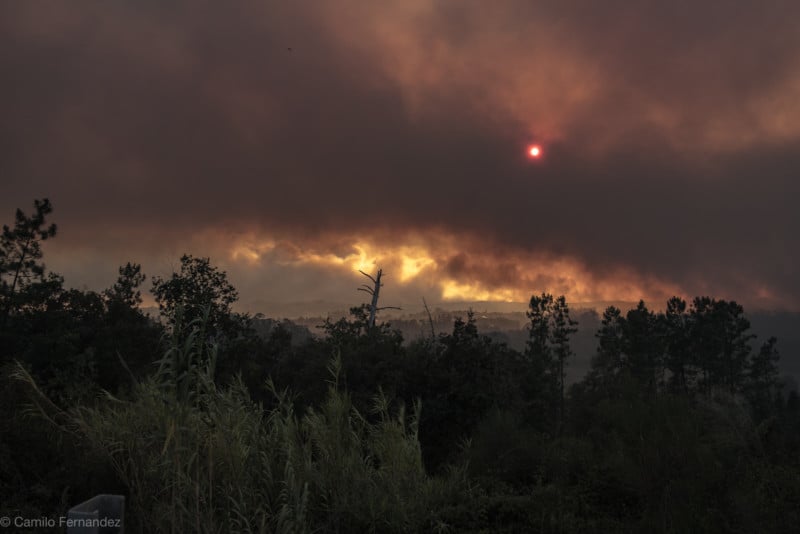 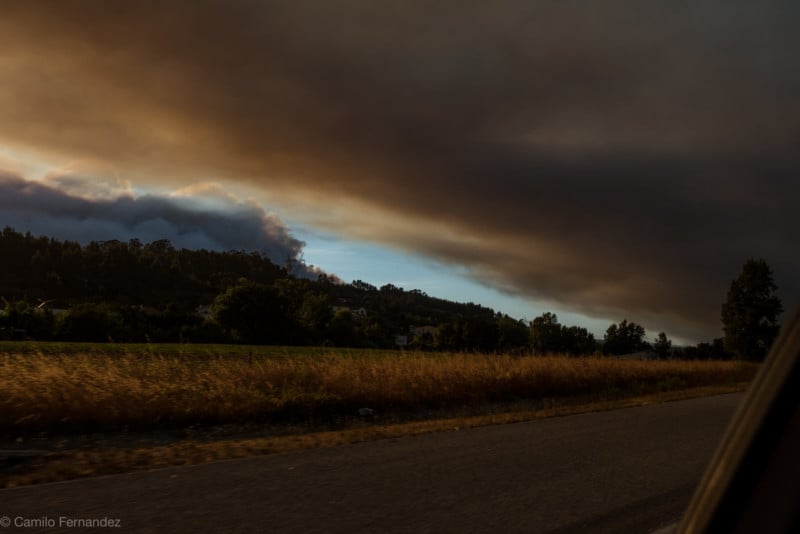 One of the things that has surprised me the most is the little coverage that this is receiving, and it’s hard to get good reliable information even if you look for it. None of the international news agencies are covering this in depth, and when I tried contacting the BBC they were not really interested. 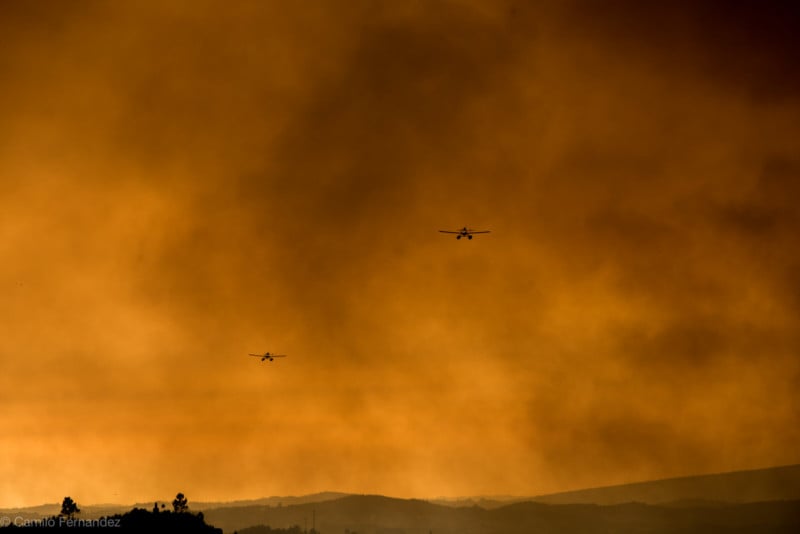 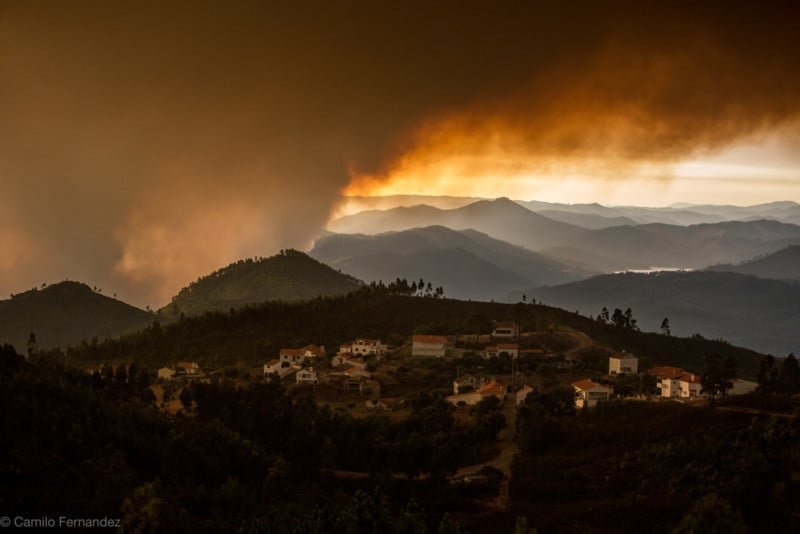 Every day, there are around 150 to 200 fires breaking loose all around the country and around 3,000 people have been deployed throughout the country working continuously to control one fire after another.

Portugal has asked for help from the European Union, and Spain has answered the call with three planes, 27 fire engines and 120 Spanish firefighters. Morocco has also sent one of its firefighting planes.

I’m trying to tell the story of these fires through my pictures and I hope to generate interest in the wider stories behind this.

About the author: Camilo Fernandez is a photographer based in Portugal. You can find more of his work on his website and Instagram.

How to Successfully Fail at Photography