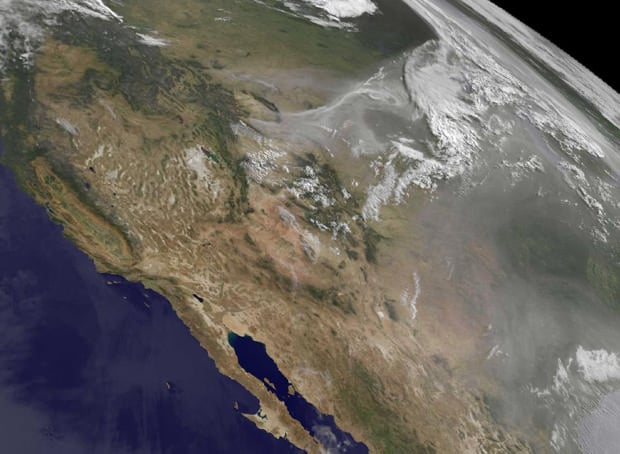 Massive wildfires in the Rockies have destroyed hundreds of homes and scorched tens of thousands of acres over the past week. To get an idea of how massive these fires are, check out this photograph captured by a NASA satellite.

The GOES-15 satellite keeps a stationary eye over the western U.S. and the smoke from the fires raging in many of the states have created a brownish-colored blanket over the region. The dawn’s early light revealed smoke and haze throughout the Midwest, arising from forest fires throughout the Rockies. While the most publicized fires occur along the populous eastern range in Colorado, the great smoke plumes in this image came from Wyoming.

(via NASA via Boing Boing)