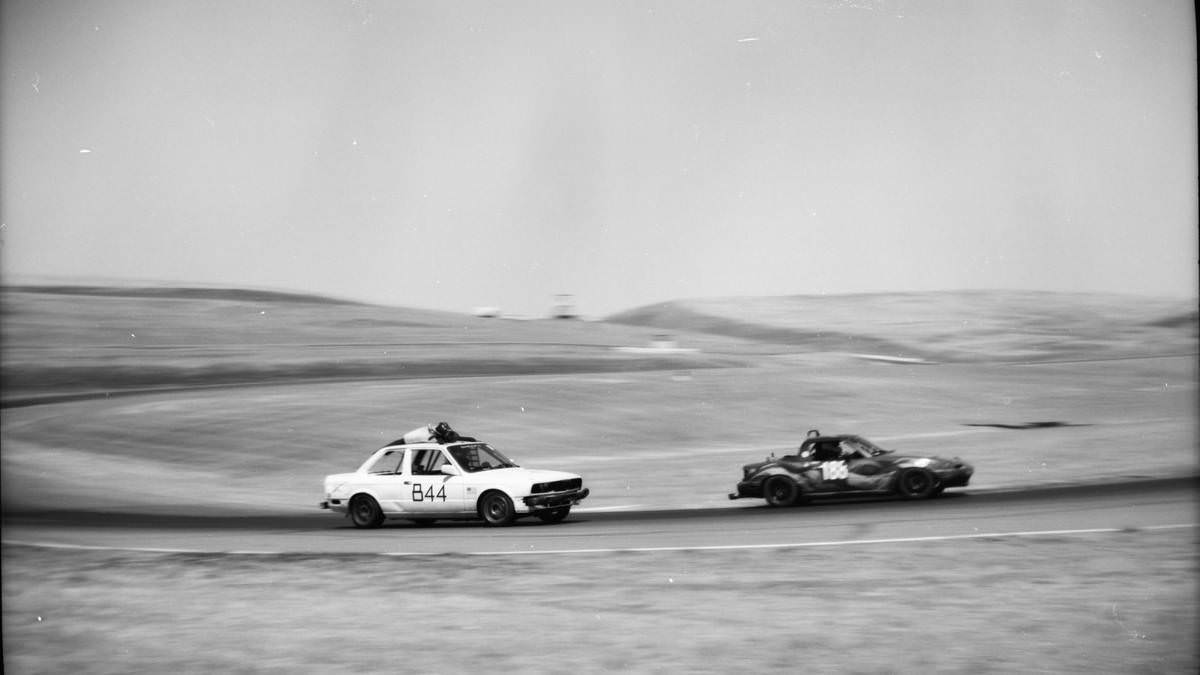 Photographer Murilee Martin has shot auto racing for over a decade now, but recently he decided to give himself a challenge: he covered a race using a “point-and-shoot” camera that contains 100-year-old+ camera technology.

In a piece for car enthusiast magazine Autoweek, Martin writes that while his camera of choice these days is a DSLR, he continues to have a soft spot for ancient and strange analog cameras. And after learning how to drive the Ford Model T, Martin wanted to shoot with the camera equivalent of that iconic car.

Martin purchased a cheap 1926 Kodak Brownie No. 2 Model F from eBay. This camera was the first to use an aluminum camera body instead of a cardboard one that the original $1 Brownie had, but it still contains the same 1901 rotary shutter and 3-stop aperture control.

Using this camera, Martin covered this year’s Arse Sweat-a-Palooza 24 Hours of Lemons race, an endurance race for cars that cost $500 or less. He shot a few 8-exposure rolls of film — some Ilford 100, some Ilford 400. 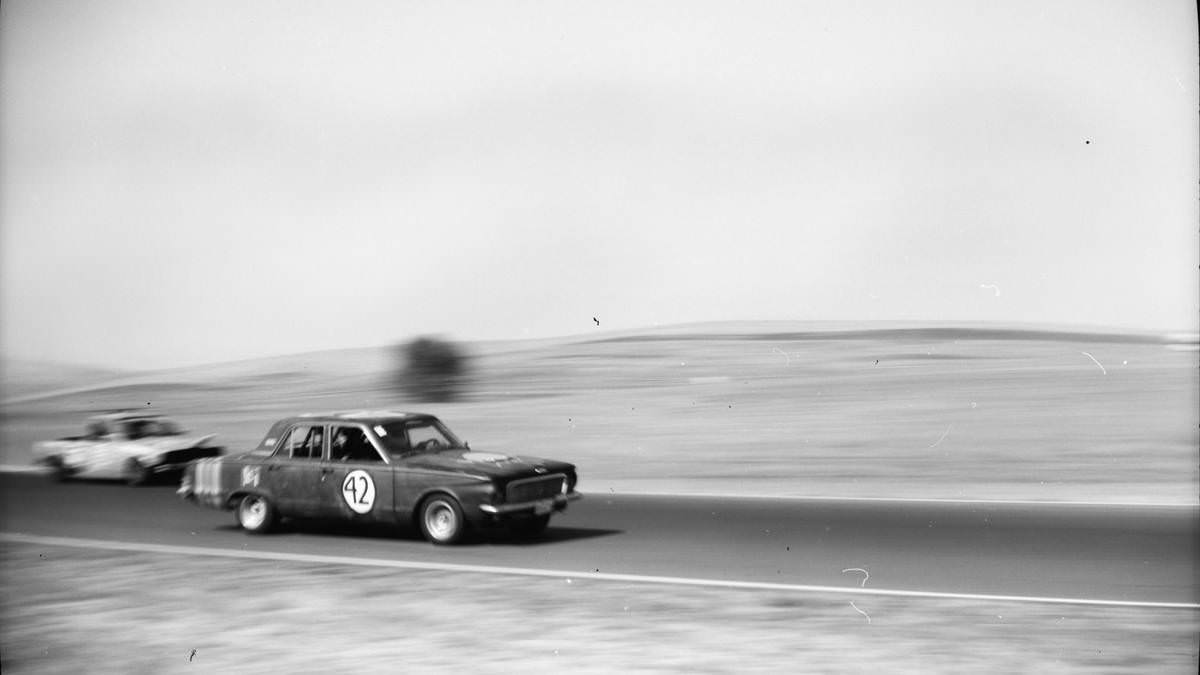 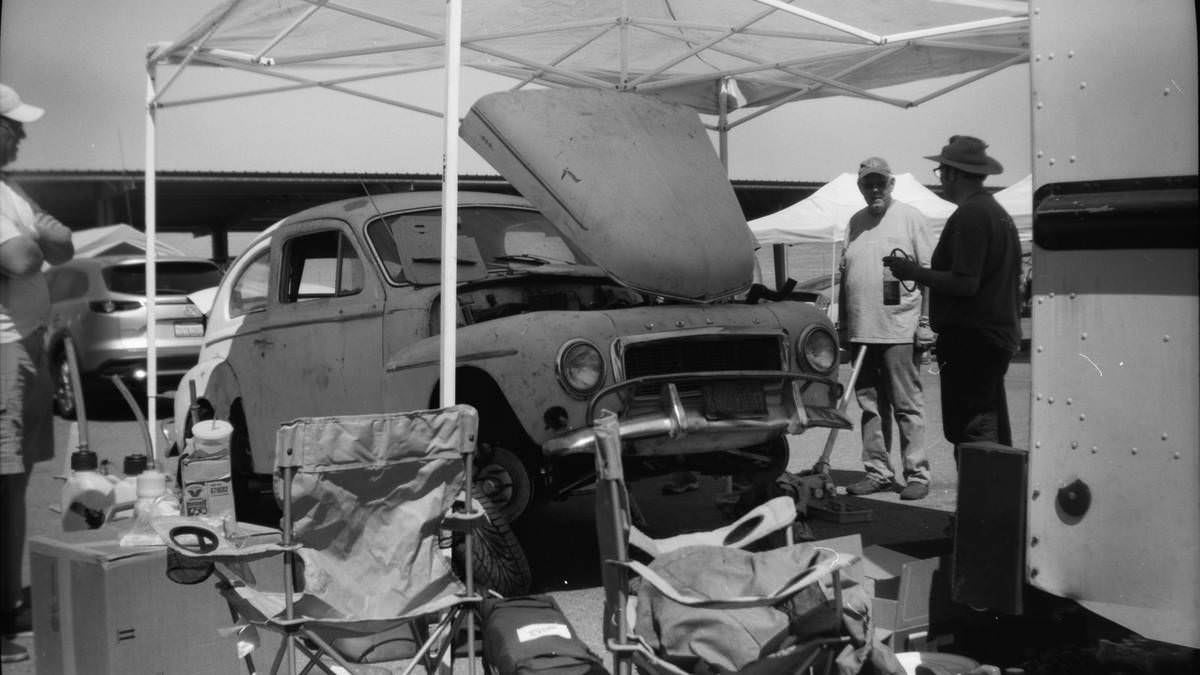 Shooting with such an old camera comes with a unique set of challenges for photographers accustomed to handling modern equipment.

“I suppose the main thing is that shooting pan shots of race cars is tough with a Brownie No. 2 because the ‘viewfinders’ are essentially useless for that purpose and the shutter speed is about 1/50th,” Martin tells PetaPixel. “I was able to do it because I have been photographing race cars at those two track locations at Thunderhill for a decade now (with modern DSLRs).” 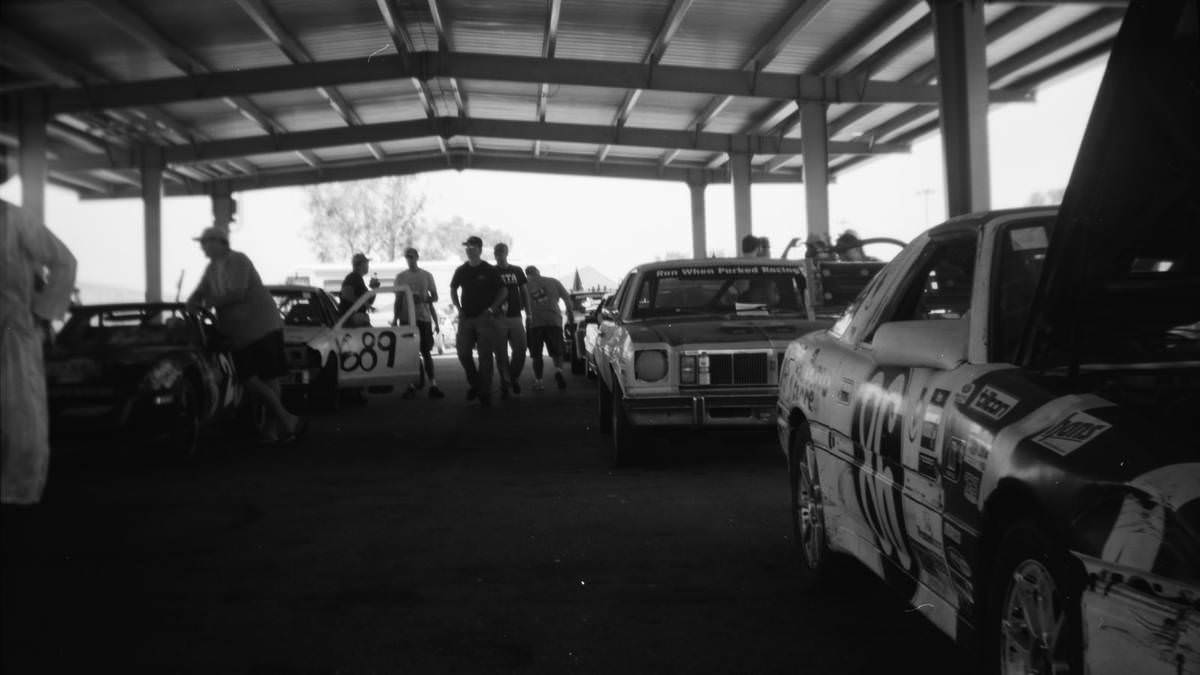 After the race, Martin took the film rolls to a processor for development and then scanned the film himself to digitize it.

“The results were quite good for 116-year-old technology,” Martin writes at Autoweek. “[G]ranted, modern film is much more sensitive than the stuff used in the old days.”

(via Autoweek via DPReview)

P.S. Earlier this year, we featured gorgeous photos of a similar concept by photographer Joshua Paul, who used a 1913 Graflex 4×5 view camera to photograph Formula 1 racing.

Image credits: Photographs by Murilee Martin and used with permission