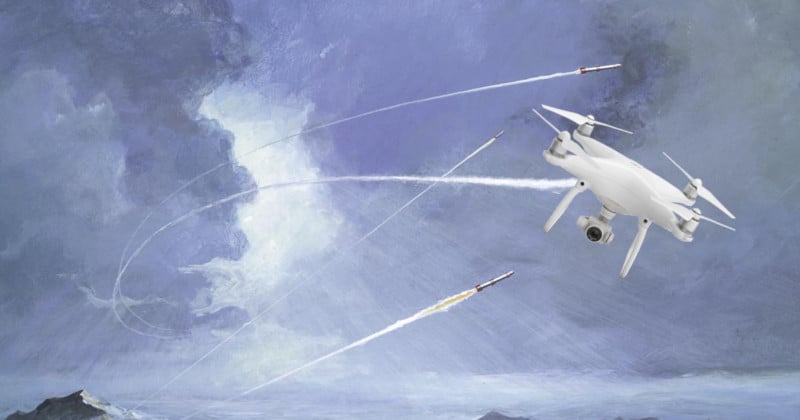 Your camera drone can now be shot down with US government permission if you fly it over a military base. That’s a new policy that was recently signed off on by the Pentagon.

The Military Times reports that the actual policy itself is classified material and was sent out to US military branches back in July. The gist of the policy, however, was confirmed by Pentagon spokesman Navy Capt. Jeff Davis yesterday.

Basically, bases “retain the right of self-defense when it comes to UAVs or drones operating over [them,]” Davis says. “The new guidance does afford us the ability to take action to stop these threats and that includes disabling, destroying and tracking.”

The FAA already banned the flying of drones over US military bases back in early April, citing “national security concerns.”

“U.S. military facilities are vital to the nation’s security,” the FAA wrote in its announcement. “The FAA and the Department of Defense have agreed to restrict drone flights up to 400 feet within the lateral boundaries of these 133 facilities.”

Even though flying a drone over a base has been illegal for months now, the military can now legally shoot down any drone that it considers a threat. In addition to destroying drones, the military can also seize them as well.

This new Pentagon policy covers the same 133 military bases around the United States covered the FAA’s earlier guidelines. These no-fly zones can be found on the FAA’s interactive online map.

(via Military Times via Engadget)

What It Takes to Photograph the Ultra-Rare Snow Leopard

I Gave Up Painting to Do Photography, And It Shows in My Work