There’s a new camera drone floating around on the International Space Station, and it’s adorable. Called the Int-Ball, the drone shoots photos of the crew and their activities, freeing up the astronauts to do other work.

Int-Ball was delivered to the ISS by SpaceX’s Falcon 9 rocket and a reusable Dragon cargo capsule back on June 4th, 2017, and Int-Ball currently spends its time inside the Japanese “Kibo” science experiment module.

The Japan Aerospace Exploration Agency (JAXA) writes that Int-Ball can move around and shoot both still photos and videos onboard the ISS while being controlled by a remote photographer based on Earth. The 15cm-diameter (~6in) camera drone contains a 3-axis control unit that uses 12 fans to move about. The camera is helpful located between the glowing “eyes” of the cute little bot, allowing astronauts to see where it’s being directed at any given time.

Astronauts onboard the ISS reportedly spend 10% of their time shooting photos, and Int-Ball’s goal is to free up some of that time for other more important tasks. 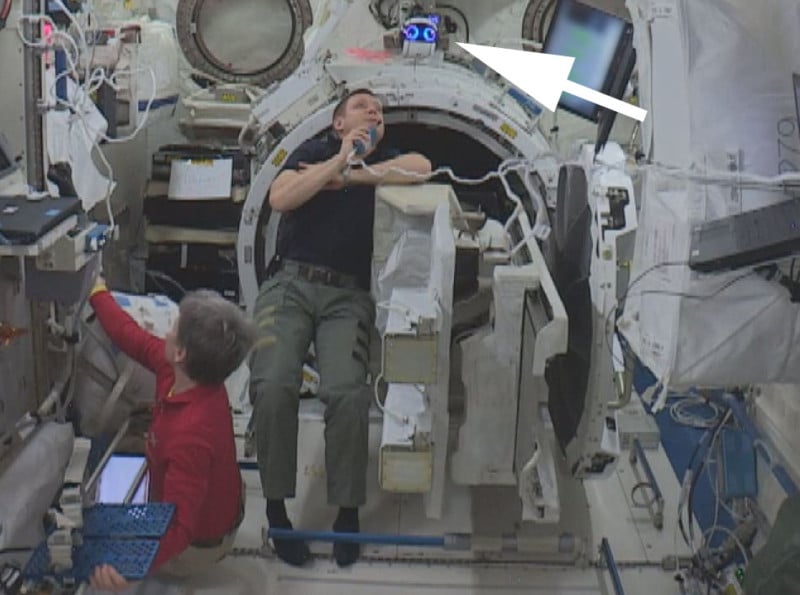 Images captured by Int-Ball are beamed to people on the ground in real time, allowing scientists to efficiently collaborate with ISS astronauts on projects.

Here’s a short 2-minute video that introduces Int-Ball and shows off some sample footage it shot:

JAXA says it’s working on developing Int-Ball’s performance and automation to the point where it can take over all of the astronauts photographic responsibilities.

(via JAXA via Engadget)

Canon 85mm f/1.4L IS and Three More Lenses On The Way, Report Says

Side-by-Side Photos That Blend Scenes from Around the World