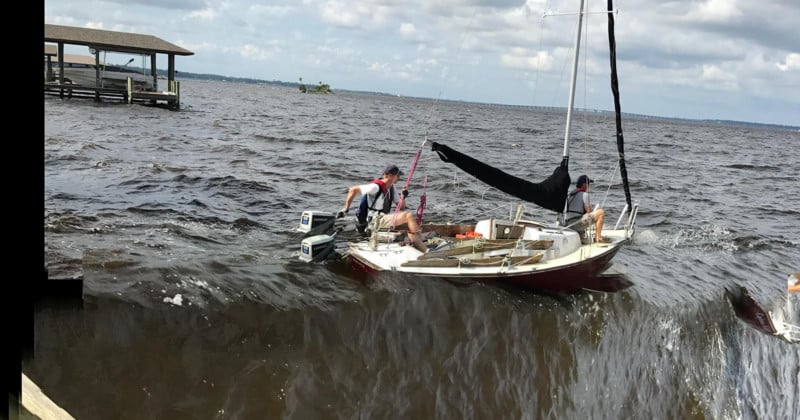 Making a mistake with a camera usually results in a disappointing photo. For one woman over in Florida, however, an iPhone “glitch” created an unexpectedly mind-bending and viral image.

The shot happened last Wednesday when a guy named Bobby and his friend “G” were moving G’s boat across the St. John’s River in Jacksonville, Florida. G’s wife “C” was standing on the dock and shooting photos of the departure with her iPhone 7.

When reviewing the photos afterward, the group was surprised to find that one of the photos turned out looking like this: 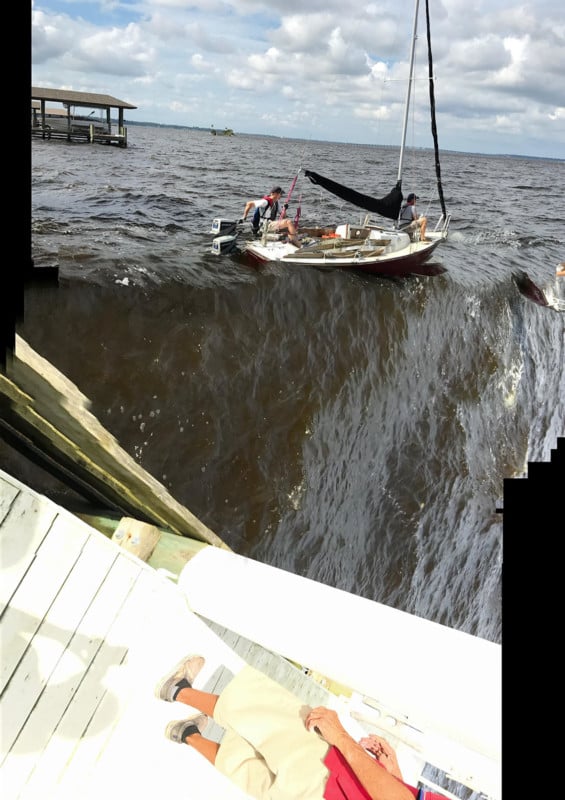 The trippy photo makes it look like Bobby and G were sailing to the “end of the World.” After sharing the shot Reddit, it went viral and quickly hit the front page.

At first Bobby thought the iPhone camera had malfunctioned, but the Internet soon provided a better explanation of how this photo came about.

And that’s what Bob Ross would call a “happy little accident.”

Image credits: Photographs by C. Sturchio and used with permission