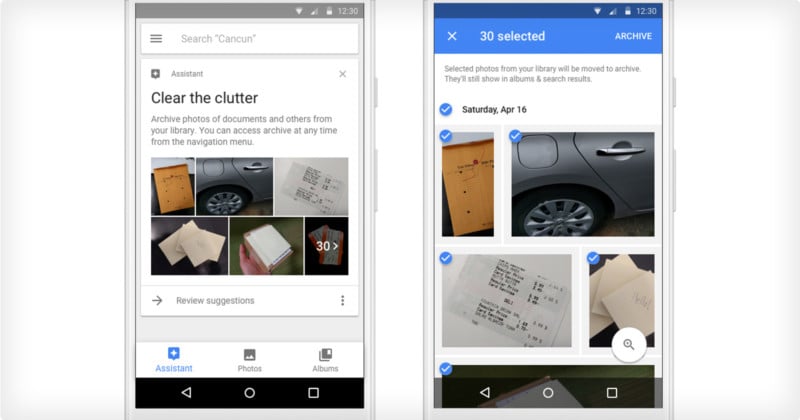 Google has been steadily adding features to their Google Photos app since I/O 2017. The new archive feature isn’t the most exciting of them, but it has an interesting trick up its sleeve.

Compared to the content-aware fill, photo books, and automated sharing that Google is rolling out, archiving tools are less than thrilling. Perhaps that’s why Google did not make much of a fuss when they started rolling out Archive a few weeks ago.

Archive allows you to hide photos from your main Photos display without deleting them, which is handy for screenshots and receipts. The interesting addition to this feature is a new machine learning-powered suggestion in the Assistant tab that will suggest images that you may want to archive.

The Assistant does a great job of pulling up screenshots and receipts, but also uninteresting images (like a closeup of a car door) that are unlikely to be your most prized photographs.

This option should have already rolled out for you, on whatever device that you use Google Photos on. We’re still waiting for automated sharing, and content-aware fill is still somewhere on the horizon.

These new features are making Google Photos an appealing place to store your photo collection, as long as you’re happy to have your library hosted on Google servers.

How I Managed to Photograph Obama on a Beach in 2008

Amazon Killing Off its $60/Year Plan for Unlimited Storage