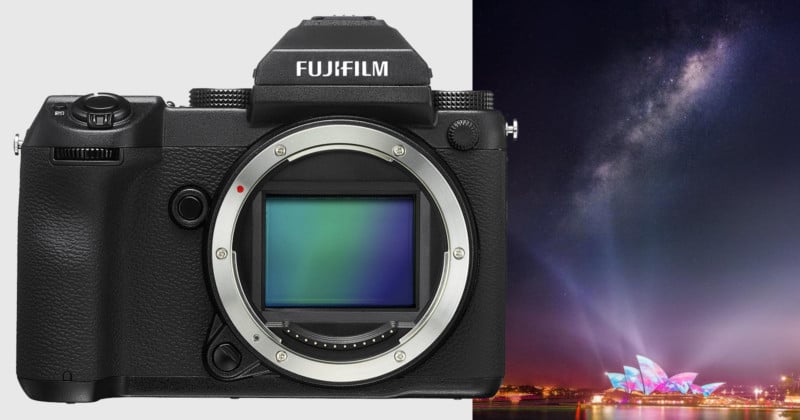 The Fujifilm GFX 50S‘s ISO invariance makes it so easy to shoot the Milky Way that it’s not even funny. I was able to take an “impossible” shot, capturing the Milky Way in the middle of Sydney, during a light festival, without bracketing on the Milky Way. The sensor captured so much info on the highlights that this was possible.

I took this 80MP composition three days ago: 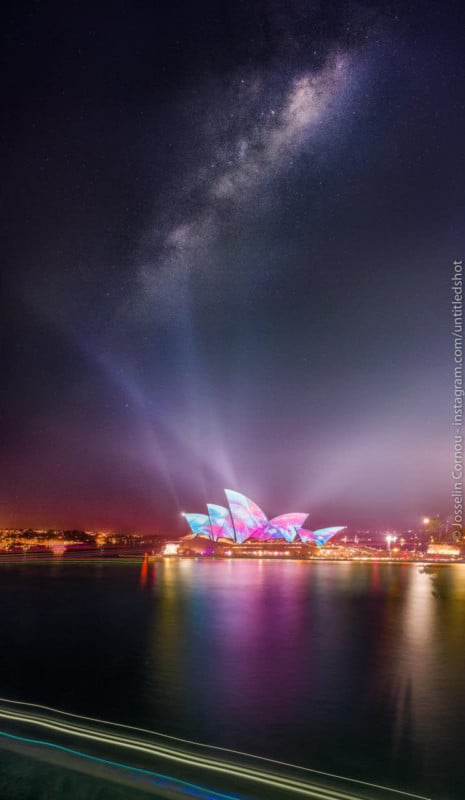 When I acquired the Fujifilm GFX, I didn’t know what to expect, or even whether I would keep it. After all, I already own a marvel of engineering: the Sony a7R II. My Sony never failed to deliver, even in some of the harshest and remotest places in this world. It also helped me to win an award from the World Photo Organisation. I couldn’t be happier with it.

At first, when I was shooting in daylight, the Fuji GFX 50S was, image quality wise, a simple incremental step up from the marvelous Sony a7R II. And then I began testing the high ISO capabilities of this “little monster.”

Below ISO 800, the camera carries a lot of information in the shadow and up to the highlight, like any other Sony sensor.

Beyond that ISO, however, the camera acts in a completely different way than what I expected from a Sony a7R II, Canon 5D Mark IV, or even a Phase One IQ3 100MP. I was able to recover so much highlight and associated color depth, the dynamic range remained constant between ISO 1600 and ISO 6400 (Photontophotos seems to agree with me on this). I mean, check this out: here is an example of highlight recovery of a shot taken at ISO 6400:

I have never seen such results on any other camera for this ISO.

Just to give you an idea of the environment I was in: this cave (Jenolan Caves) was lit up with strong LED lights, and it was impossible for me to spot the Milky Way. I had to use an app called Photopills to frame my shot.

Can it Shoot the Milky Way in Bright Conditions?

The answer is yes, and it’s almost too easy. A month later, after discussing with Matt Hudson and Clement Breuille, two local references in astrophotography and landscape photography, I decided to try to get an “impossible” shot: photographing the Milky Way in the middle of a highly populated city during a light festival. My top choice being Sydney, Australia, with Vivid Sydney.

I finally succeeded few days ago. While other cameras failed to pass the test at ISO 3200, the Fujifilm GFX was able to gather a lot of available information, capturing a light but visible Milky Way. Having tried with much a larger sensor, I am actually wondering if Fuji added some clever algorithms in order to avoid highlight clipping.

With a few quick edits in Lightroom, I was able to (1) remove light pollution and (2) bring back the tonality and color depth of the scene — and this was done in literally 5 mins:

Then, I simply moved to Photoshop and stitched the different frames of my composition. A few edits later, and voila, a composition of Sydney and the Milky Way was ready.

Here’s a video I made with more information about these edits:

So is it worth moving to medium format? Probably, if your main genre is night photography.

Author’s note: In case you’re wondering: no, this post was not sponsored in any way by Fujifilm.

About the author: Josselin Cornou is an Australian photographer whose work has won an award from the World Photo Organisation. The opinions expressed in this article are solely those of the author. You can find more of his work on 500px and Instagram.

Polar Photographer Paul Nicklen on the Impacts of Climate Change