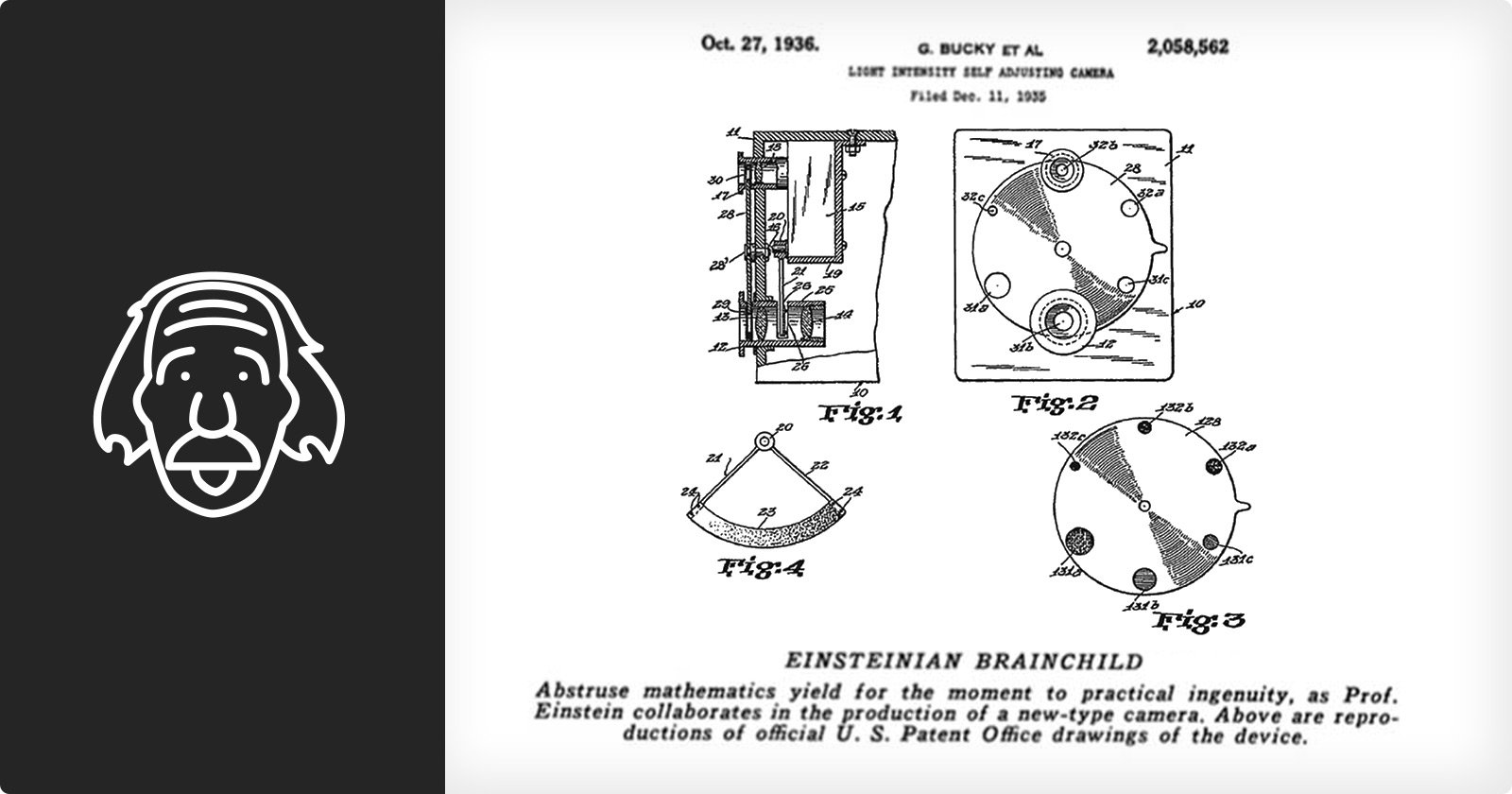 Here’s an interesting piece of photo history: five years before Kodak’s automatic Super Six-20, Dr. Albert Einstein received a patent for a camera which could automatically determine the proper aperture and exposure to take a photograph. Yes, that Einstein.


Einstein – along with German radiologist and inventor Gustav Bucky – designed the “light intensity self-adjusting camera” independently of Kodak, whose Super Six-20 was widely heralded as the first camera with with automatic exposure. Though there were outward similarities between the two cameras, the patent drawings show that the way they worked were fundamentally different, and Einstein’s camera was never manufactured. 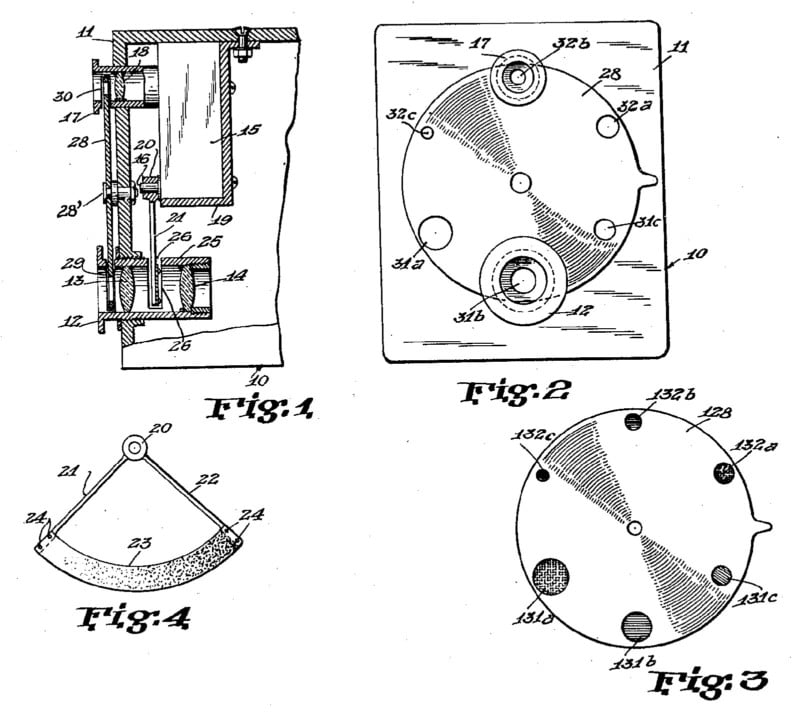 Einstein employed an “electric eye”, or photoelectric sensor, in his invention, which was one of his approximately 50 patents. This is how it worked, from a 1936 edition of Science News:

Light from the scene or object being photographed comes into an auxiliary lens and falls on the photoelectric cell. There is a screen of varying transparency mounted in the main camera lens system that is moved in accord with the amount of light that the electric eye sees, letting more light fall on the photographic plate when necessary.