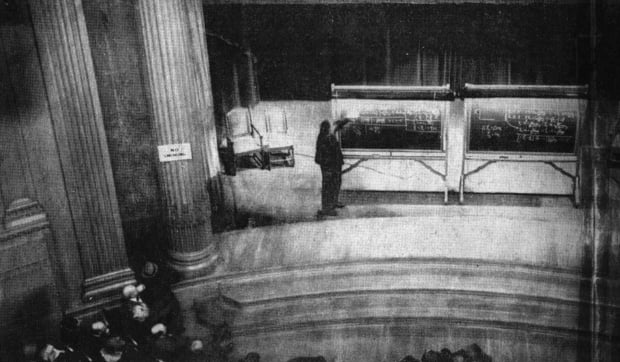 At a public lecture in Pittsburgh in 1934, four hundred lucky students were privy to a lecture by Albert Einstein, in which the great man mathematically derived his famous mass-energy equivalence equation: E=mc2. What you see above is a photo from that lecture, and what is thought to be the only surviving photo that shows Einstein working on that derivation.

The photo was pulled from a halftone newspaper clipping by David Topper and Dwight Vincent of the University of Winnipeg, who discovered it in 2007. Sadly, everything is a bit fuzzy so you can’t really make out the famed equation itself. And even though the original article had a crisp picture of Einstein posing next to one of his blackboards, he’s next to the wrong one.

Here’s a closer look at the man and the math. If you look closely, you’ll see the mass-energy equivalence in the lower left hand corner of the blackboard on the right: 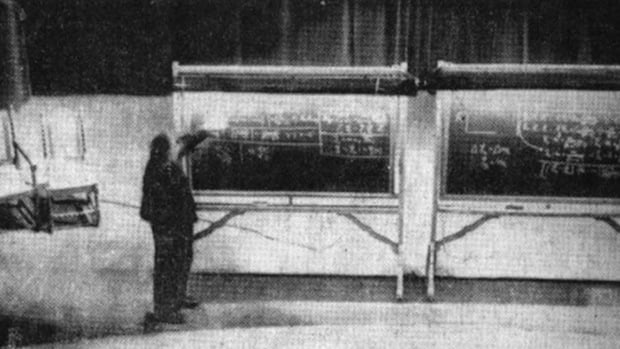 Fortunately, Topper and Vincent managed to take the blurry photo and reproduce both blackboards in their original paper. Here’s the math behind the magic, the derivation of mass-energy equivalence as presented by Albert Einstein: 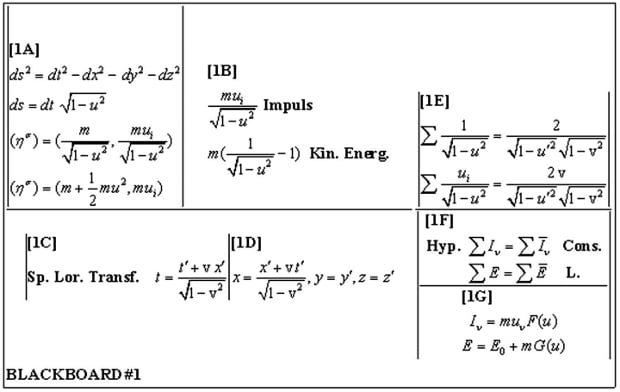 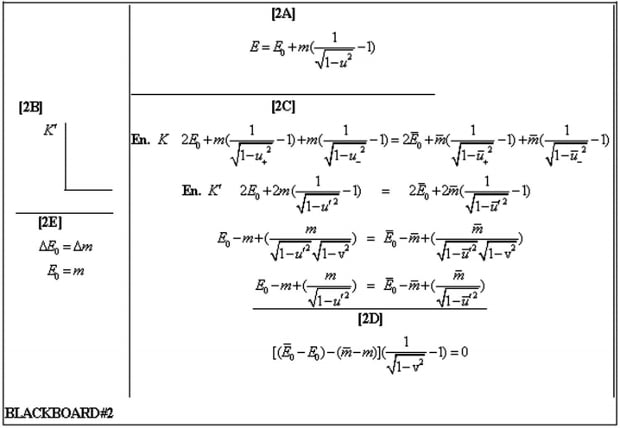 In case you’re wondering why the famous equation says ΔE0=Δm and E0=m instead of the expected E=mc2, Topper and Vincent explain in their paper:

It is the right blackboard that contains the equation. But its format may disappoint or confuse the average viewer, because from the start of the lecture Einstein employed the convention of setting the speed of light c to unity. Hence a close look at the lower left section of the right blackboard in [the picture] reveals the relation ΔE0=Δm, and below it is E0=m. As far as we know, [this photo] is the only extant picture with Einstein and his famous equation.

To read more about the lecture and all of the info that Topper and Vincent were able to unearth, check out the original paper at Relativity Calculator here.

Photos of Everyday Gadgets Dismantled Into Their Individual Parts