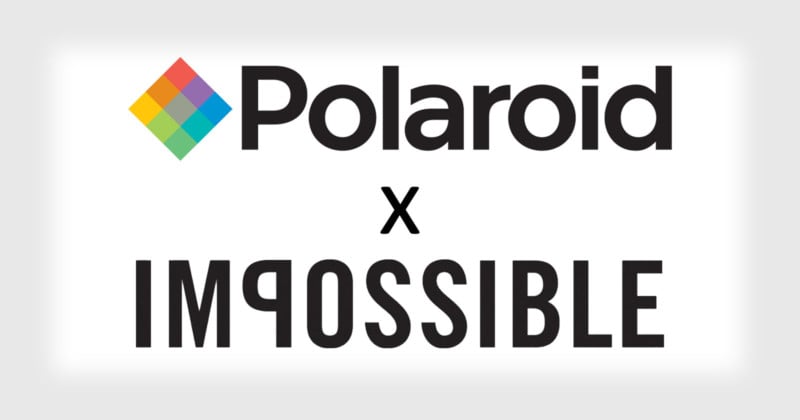 The company that owns the Polaroid brand and IP, PLR IP Holdings, LLC, was just sold by an ownership group led by the Pohlad family to an ownership group led by the Smolokowski family. The Pohlad family, which owns the Minnesota Twins baseball team, purchased its majority stake in Polaroid back in December 2014 for $70 million.

Thank you to everyone who continues believing in instant film and what we do. Can't wait for you to try the I-1 :) pic.twitter.com/eXJ6rZI7WG

This latest Polaroid deal brings two related brands under one roof. The Impossible Project purchased the last remaining Polaroid factory in Enschede, Netherlands, in October 2008 for $3.1 million after Polaroid announced the end of its instant film production in February 2008. Since 2008, Impossible has successfully launched a number of new instant film lines, as well as its first camera, the I-1.

Although its iconic instant film and cameras may be out of production now, Polaroid the brand is still alive and well: through licensing agreements, a huge range of Polaroid products are still being sold in over 100,000 retail stores in over 100 countries around the world.

“We are also very pleased to welcome the new ownership group to the Polaroid family, and excited to begin writing the next chapter in the story of the Polaroid brand,” says Polaroid President and CEO Scott Hardy. Polaroid’s headquarters and management team will remain in Minnetonka, Minnesota, even after the sale.

Terms of the acquisition were not disclosed, and there’s no word yet on if or when we’ll see the Polaroid and Impossible Project brands come together in a closer way in the future. But it seems likely that there are exciting days ahead for fans of Polaroid and instant photography.

How to Build a LED Wand Light for $30