Polaroid has a huge announcement scheduled for next week. The company’s website now features a teaser for a September 13th reveal, and it sounds like Polaroid is going to make a splash by going back to its instant photography roots.

Here’s a look at some of the messages that are displaying under the countdown timer. 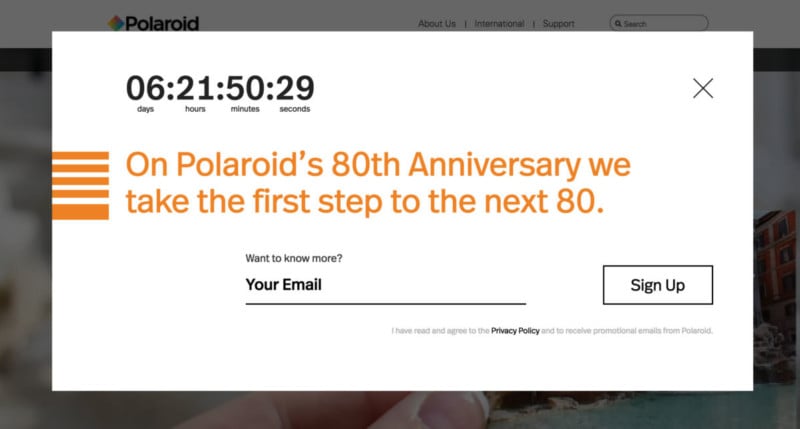 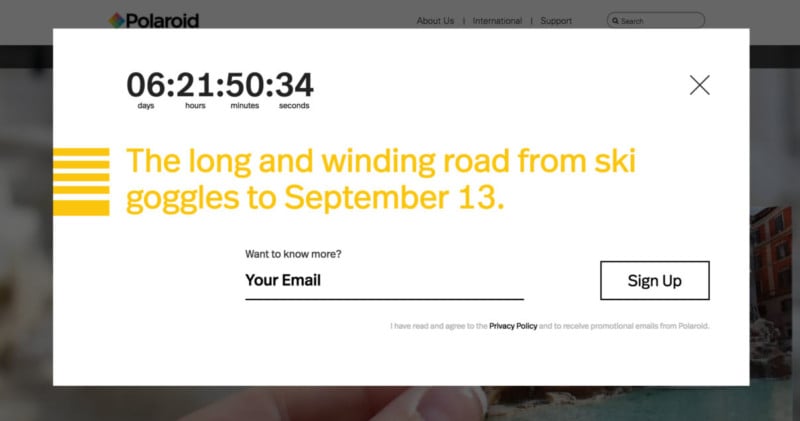 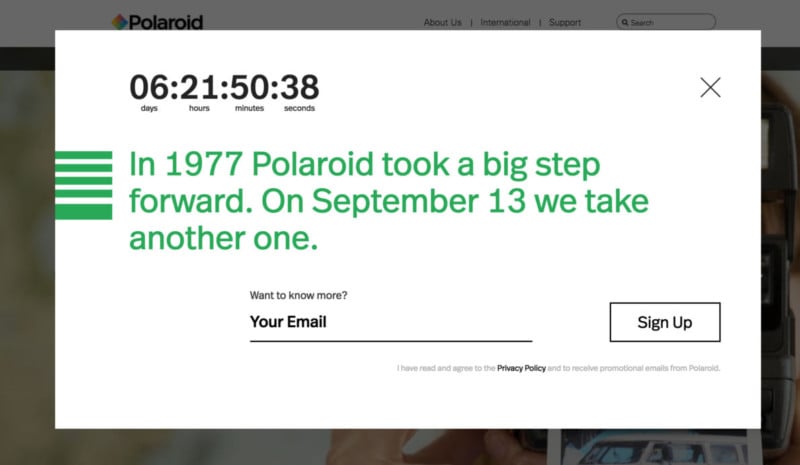 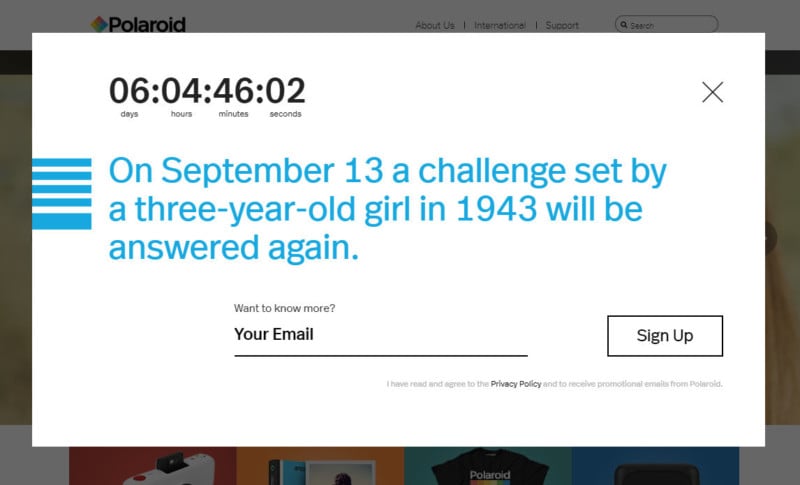 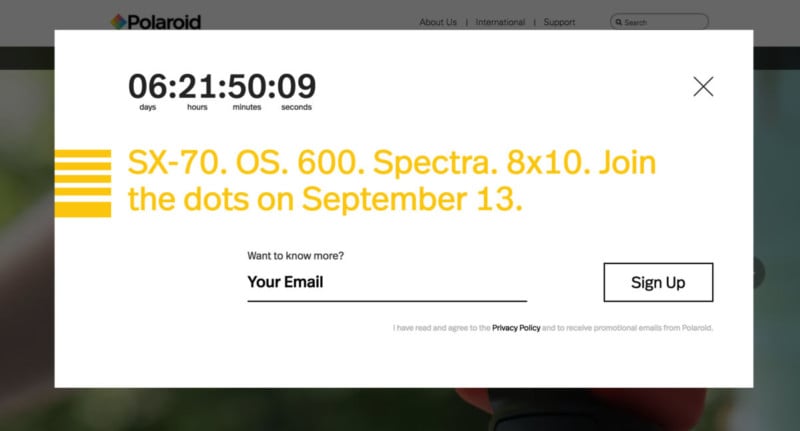 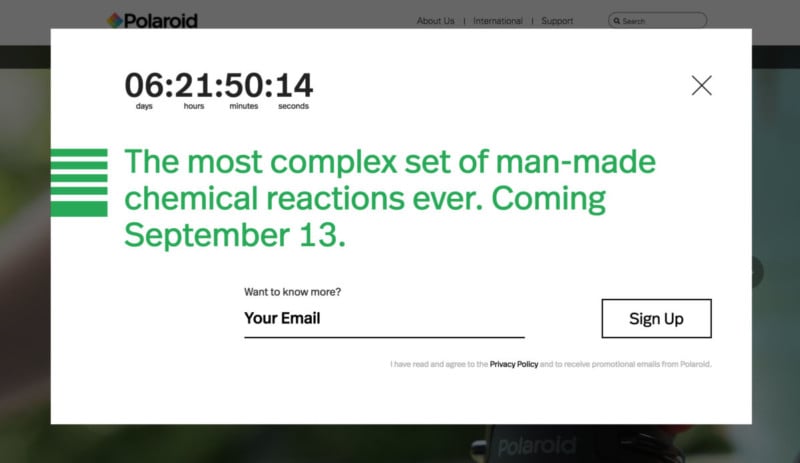 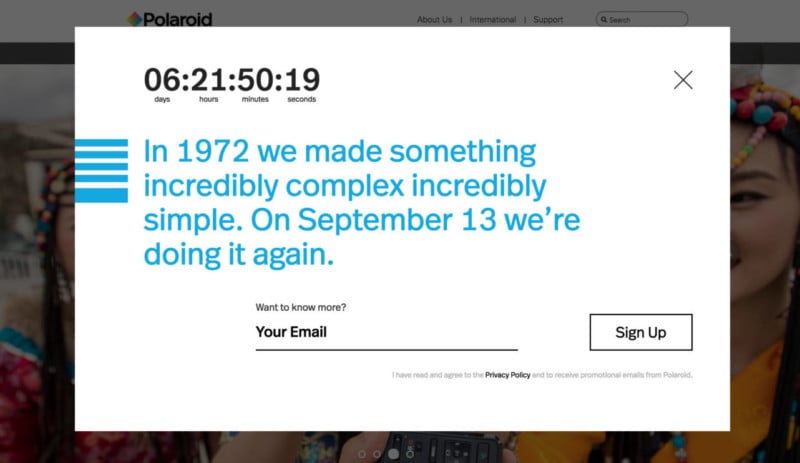 It definitely sounds like Polaroid is planning to unveil some next-level Instant film technology. Instant photography fans may see “analog dreams” fulfilled with “the most complex set of man-made chemical reactions ever.”

The teaser about the 3-year-old girl’s challenge is a reference to Polaroid’s origins. It’s said that inventor Edwin Land was on a vacation with his 3-year-old daughter when she asked why she couldn’t see a photo he snapped of her right away. Inspired by this question, Land decided to create a camera system that would produce instantly viewable photos. In 1948, the Polaroid Land Model 95 was born.

It was a huge milestone in the history of photography, and Polaroid is suggesting that it will be making an equally significant announcement on September 13th, 2017.

It’s also not surprising that Polaroid would have huge plans and ambitions now. After years of licensing out its brand to other companies for all kinds of Polaroid-branded products, Polaroid was sold back in May to the same family that owns The Impossible Project, which produces analog instant films for old Polaroid cameras. The Smolokowski family may now be trying to help the Polaroid brand regain its former glory.

September 13th looks like it’ll be quite an exciting day for photography fans. Stay tuned.

(via Polaroid via The Phoblographer)