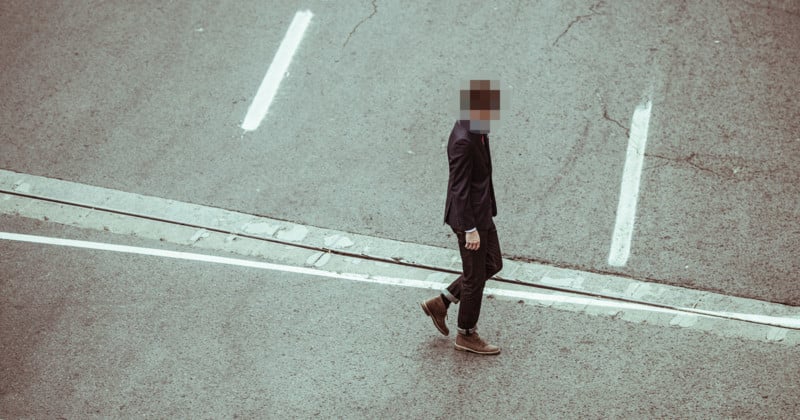 We tend to treat the ethics of taking photographs in a very much black and white fashion. We judge “He should never have shot that” or alternatively “She is on firm ground shooting that, it is OK” and then arguments revolve around that, never resolving anything.

We see Rules Written and Guidelines and so on, to protect people. In the recent LensCulture/Duckrabbit spat, we see Duckrabbit citing UNICEF rules and guidelines, for example.

Here are some of UNICEF’s guidelines. The first, general, parts are excellent, but very general. When you get in to specific guidelines, things become a little dicier, as we shall see. While I applaud efforts for UNICEF and everyone else to protect kids, victims, indigenous peoples, and everyone else, the effort to do so with rules and guidelines is necessarily naive.

Photographs are intimately tied to context. You cannot, a priori, say that such and such a photograph exploits or stigmatizes someone or something. While the picture might be exploitative in one context, change the caption or change the pictures around it, and it becomes a powerful message of hope, a driver of change, an examination of human tragedy, or what have you. It is therefore absurd to say “you must not take that picture.”

Less naively, you could try to encapsulate in guidelines “shoot whatever you want, but never show it except in a “good” way, whatever that means.” This is, obviously, difficult to distill into rules and guidelines, although UNICEF is clearly trying to do just that.

Consider, instead, this approach to photographic ethics.

Every picture you take constitutes, in at least a tiny way, an exploitation. Photograph a stranger on the street, without asking. Then ask them if they feel you’ve given them something, taken something, or if the transaction was neutral. I submit that in the majority of cases the answer will be “I feel as if you took something from me.” You can argue with the stranger if you like, but there’s no changing the fact of how they feel about it.

If you start to examine photography through this, excuse the pun, lens, then many tricky issues become clear. Photographing the homeless on the streets of the USA? It’s no longer a “you should” versus “you shouldn’t” issue. Instead, you owe those homeless people a debt, you carry a responsibility to do well with the pictures. Perhaps sticking them up on your Instagram feed doesn’t really discharge your responsibility, whereas publishing a moving photo essay in a local publication does.

You get to decide, and each of us decides as well. It’s not really a set of rules that we use to enforce standards, but rather a system we can use to understand and discuss our own reactions. Instead of saying “that guy shouldn’t have shot those pictures” we say instead “I do not think she carried out her responsibilities well enough.”

Getting back to the issue that started it. Did Souvid Datta have the “right” to take his photos of exploited girls? Yes. That question isn’t even meaningful. He did incur a hell of a debt, though. By taking those pictures, he took on a huge responsibility to respect his subjects, to in some fashion serve them well with these pictures. That means to show them in contexts that are appropriate, that may mean to work specifically to improve the lots of the girls in Sonagachi.

It looks as is Datta is at any rate trying to accomplish this. He seems to be aware of his burden.

LensCulture, having some of these pictures in their hands, had a similar obligation, a similar burden of debt to the subjects. They failed to appropriately carry that responsibility, but crassly used one of the photos to advertise what certainly looked like a for-profit photo contest. 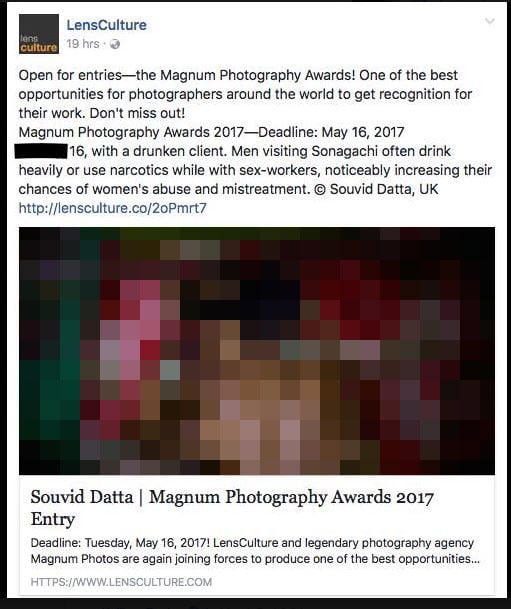 At any rate, in the judgement of many people, and in mine, they failed in their responsibility.

About the author: Andrew Molitor writes software by day and take pictures by night. The opinions expressed in this article are solely those of the author. He’s based in Norfolk, Virginia, and does his best to obsess over gear, specs, or sharpness. You can find more of his writing on his blog. This article was also published here.

Do You Have a $4,000 Travel Photo Sitting on Your Hard Drive?