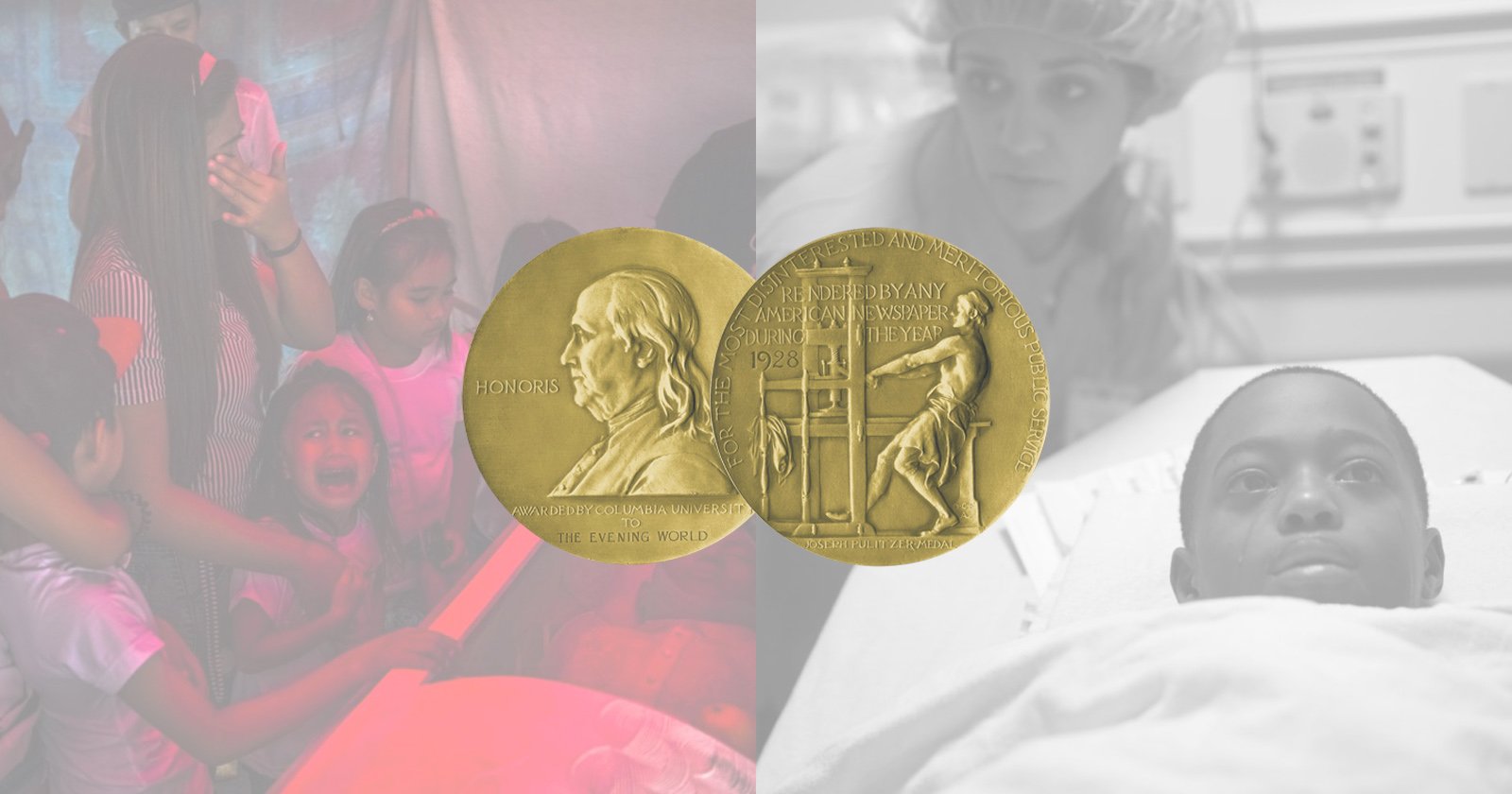 The winners of the 2017 Pulitzer Prize for Breaking News Photography and Feature Photography were announced last night, and both are prime examples of powerful photojournalism and visual storytelling. Neither photo essay is for the faint of heart.

The theme for this year’s prize was, in a word: violence. The prize for Breaking News Photography was awarded to freelance photographer Daniel Berehulak, who captured a photo essay for The New York Times, “showing the callous disregard for human life in the Philippines brought about by a government assault on drug dealers and users.”

Some of the images are tragic, others gruesome; taken together, they represent an unflinching account of Government-sanctioned violence. Here is just one of the photos that earned Berehulak $15,000 and one of the most coveted accolades in photojournalism:

.@berehulak has won the Pulitzer Prize for breaking news photography. Photos of the war on drugs in the Philippines: https://t.co/8SfPwMPu2B pic.twitter.com/mvTx5GCY9i

Continuing the unofficial theme, the 2017 Pulitzer for Feature Photography was awarded to Chicago Tribune photographer E. Jason Wambsgans, who put together “a superb portrayal of a 10-year-old boy and his mother striving to put the boy’s life back together after he survived a shooting in Chicago.”

A more intimate portrayal than Berehulak’s straight reportage for the Times, Wambsgans’ photo essay captures a more hopeful portrait of life after violence. Here is one of the more powerful images in the series:

You can see the full photo essay and learn more about Wambsgans himself on the Pulitzer website here. Like Berehulak, Wabsgans was awarded $15,000 for his excellent work.

News Corp to Axe Most Photography Jobs in Australia