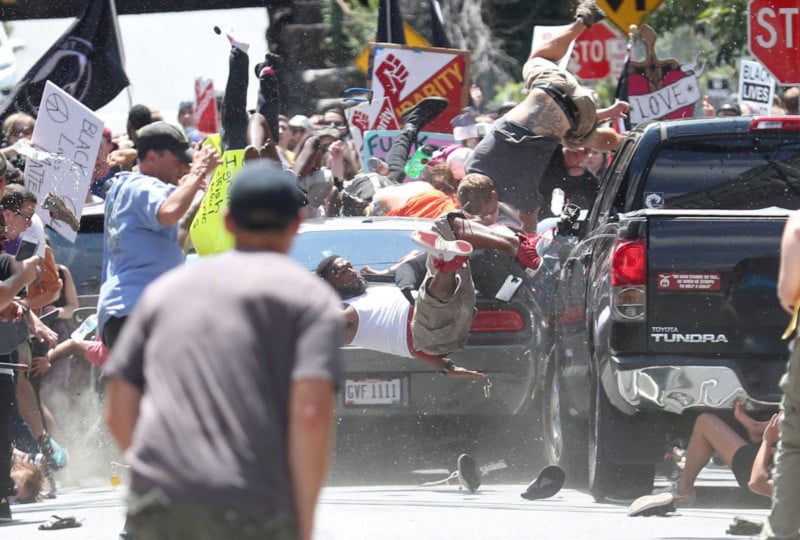 The 2018 Pulitzer Prize winners have just been announced. Photographer Ryan Kelly of The Daily Progress in Charlottesville, Virginia, won the Breaking News Photography category for his chilling photo of the moment a car attack slammed into racially-charged protests in his town — an incident that made national headlines.

“A vehicle plows into a group of protesters marching along 4th Street NE at the Downtown Mall in Charlottesville on the day of the Unite the Right rally on Saturday, August 12, 2017,” the caption reads.

The photo “reflected the photographer’s reflexes and concentration,” the Pulitzer Board writes.

Poynter reports that the photo was actually captured on Kelly’s last day in the newsroom before leaving to run social media for a brewery and work as a freelance photographer.

The photo was taken by then-staff photographer @RyanMKellyPhoto on his last day at the paper.https://t.co/yLvrwy228U

The prize for the Feature Photography category was awarded to the Photography Staff of Reuters for “shocking photographs that exposed the world to the violence Rohingya refugees faced in fleeing Myanmar” (you can view the full gallery here). 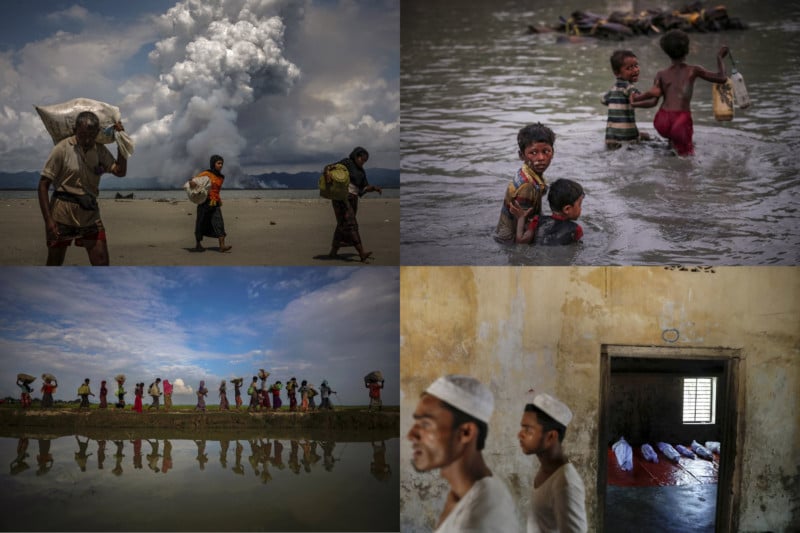 All the @reuters photo managers happen to be at a dinner together as the news of the #Pulitzer win comes through. Global head of Pix @rickeyrogers almost in tears! pic.twitter.com/z2nygdENW2

The @Reuters newsroom gathers to celebrate winning two Pulitzer Prizes for the first time in its history, as Editor-in-Chief @stephenjadler speaks to the staff. pic.twitter.com/MmzNsC1DJM

@stephenjadler toasting Reuters’ TWO Pulitzer’s for our coverage of the situations in the Philippines and Myanmar. So proud to be among such brave and intrepid journalists pic.twitter.com/D8z4unkn2r

For their wins, Kelly and the Reuters photo staff each receive a $15,000 cash prize and a Pulitzer Prize certificate.