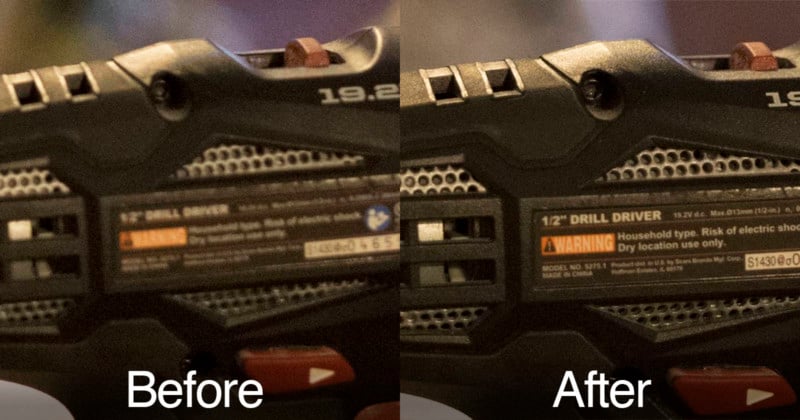 Sigma’s Art series of lenses are already praised for their image quality and sharpness, but you can hone that sharpness even more by adjusting the focus of your lens using Sigma’s USB Dock. Photographer Kyle Kozinski recently discovered just how much of a difference it can make. 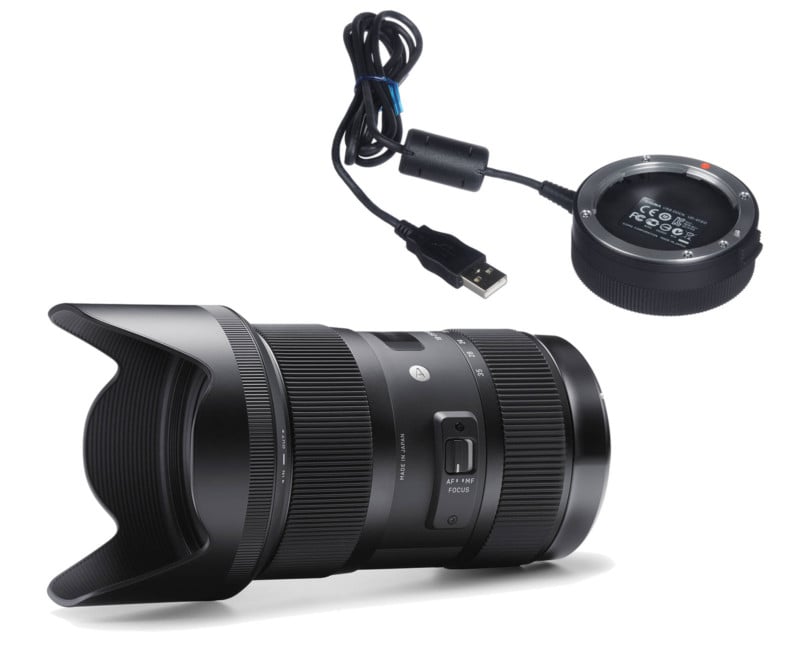 “Everything up to close to infinity was front focusing and then at infinity it was back focusing,” Kozinski writes. After calibrating his lens’ focus with the USB Dock and Sigma Optimization Pro software, Kozinski saw a night and day difference.

Here are two 100% crops from photos shot with the lens before and after calibrating the focus: As you can see, the lens now focuses correctly on the text found on the side of the drill driver instead of slightly toward the front or back. This tight, accurate focus is especially helpful for things like shooting portraits with a very shallow depth of field, when you want to ensure that your subject’s eyes are tack sharp.

“The dock allows multiple adjustment values over different focal lengths and focusing ranges whereas the micro adjustment is the same value for everything,” Kozinski explains.

The Holga 120N is Coming Back from the Dead