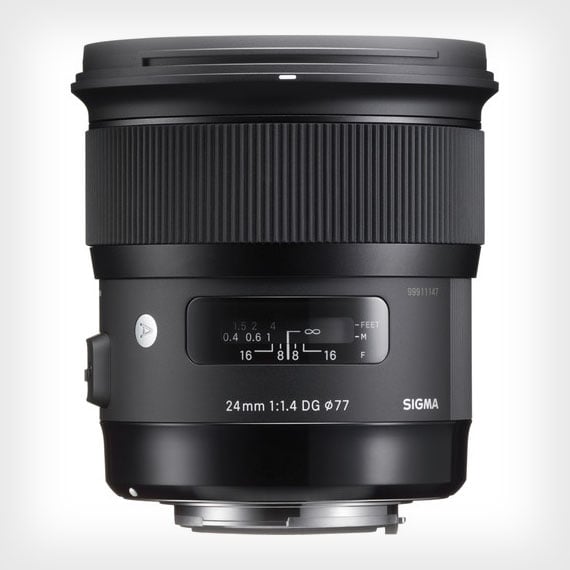 Sigma has announced the latest lens in its highly-acclaimed Art series of premium lenses. The newly unveiled 24mm f/1.4 DG HSM follows the 35mm f/1.4 and 50 f/1.4 in Sigma’s efforts to offer relatively affordable products that meet (or exceed) the quality of the lenses designed by the heavyweights in the industry.


The 24mm f/1.4 is designed to cover full frame sensors — it’s effectively a 38mm lens on crop sensor cameras — and will be available for Sigma, Canon, and Nikon cameras. It has 15 elements in 11 groups, 9 rounded aperture blades, a 77mm filter thread, and a minimum focusing distance of 9.8 inches. 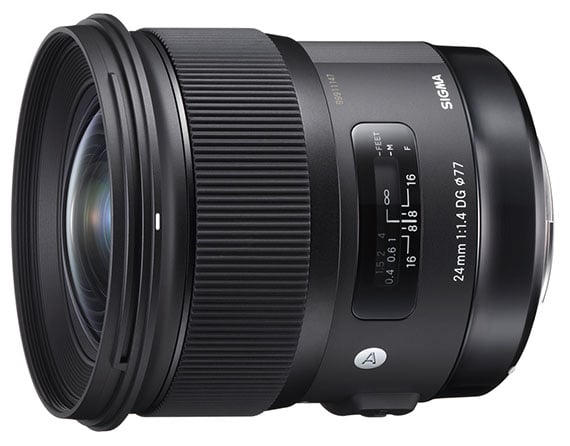 “The Sigma Art lenses are recognized by photographers for world-class performance,” says Sigma’s USA President Mark Amir-Hamzeh, “the new 24mm F1.4 DG HSM will be a significant contribution to our selection of fast aperture prime lenses which is quickly becoming a strong force in the industry.” The company says the 24mm f/1.4 will have performance that matches the standards set by prior Art lenses.

The 24mm f/1.4 will be compatible with Sigma’s USB dock, allowing photographers to update firmware and make calibrations to the lens from their own computer. 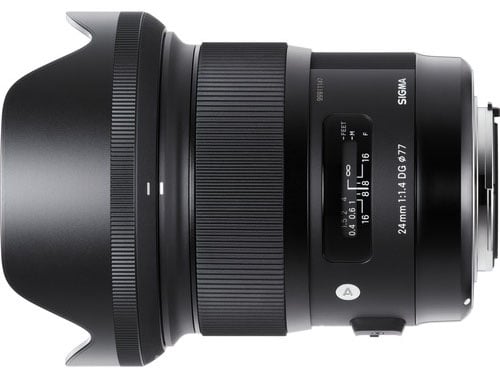 Pricing and availability have not yet been announced. Just to give you an idea of the potential pricing, however, consider this: Nikon’s official 35mm f/1.4 lens currently costs $1,600, while its highly-reviewed Sigma counterpart costs $900. The Sigma 50mm f/1.4 is priced at $950. We’re guessing we may see a price point that isn’t too far off from these current lenses.