We’ve mentioned Sigma’s upcoming revolutionary USB dock before, but until today we had no idea when the product would become a reality or how much it would cost. Thankfully, Sigma has cleared that up for us, and thrown in a demo video to boot.

According to a Sigma press release, the new USB dock will hit digital shelves in early May for a street price of $60 and an MSRP of $80. The dock has people excited as it seems to be the first product of its kind, and Sigma lens users have been itching to get their hands on it ever since news broke of its existence. 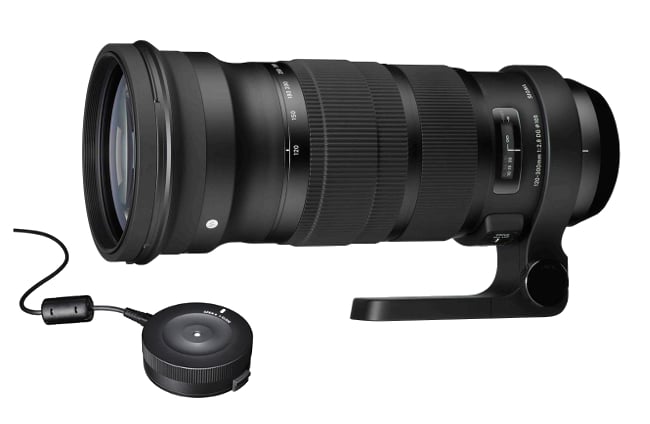 Customizations and firmware updates will be done using Sigma’s Optimization Pro software, which will launch alongside the new dock. The dock/software combo will allow you to toy around with Sigma’s entire Global Vision lineup. You’ll be able to update firmware and adjust focus settings for all of the lenses, while additional adjustments such as tweaks to AF speed, adjusting OS functions and a focus limiter will be limited to sports lenses.

Speaking of sport lenses, Sigma also announced that a new Global Vision Sports lens will release alongside the USB dock in May. The new 120-300mm f/2.8 DG OS HSM Sports lens from Sigma will be a bit pricier though, tipping the scales at an MSRP of $3,600.

Check out the demo video at the top or follow the links to Sigma’s website for more details on the upcoming dock and/or lens.

About the Aerial Camera That Spotted the Second Boston Bombing Suspect